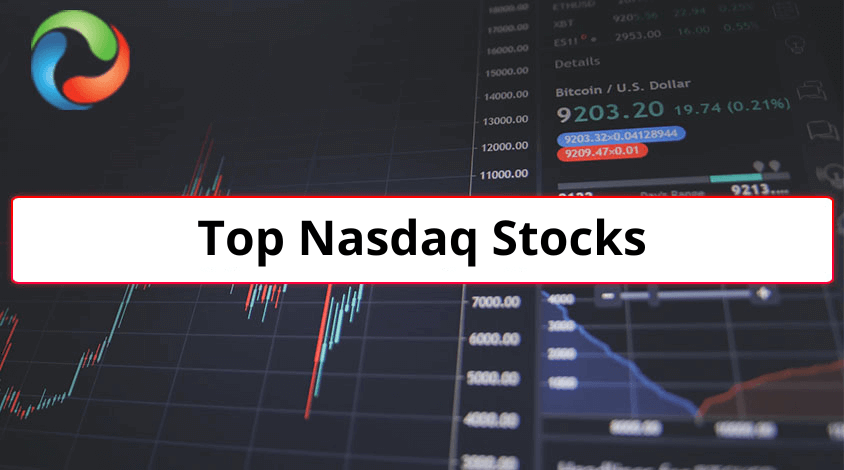 NASDAQ 100 is one of the most prominent large-cap growth indices in the world. It is composed of the 100 largest and most actively traded companies in the United States of America. The companies of this sector belong to the non-financial sector and are segmented under the technology, retail, industrial, biotechnology, health care, telecom, transportation, media, and services sectors.

NASDAQ 100 is home to the four iconic tech companies that reached the trillion-market cap in the US. They are Apple (AAPL), Amazon (AMZN), Microsoft (MSFT), and Alphabet (GOOG, GOOGL). This index offers excellent investment opportunities for long-term investors. Historical charts of the index show a steady growth the index over time. By using the stock signals, you can avoid hours of technical analysis to understand the market.

NASDAQ 100 companies are carefully chosen based on growth potential and innovation. These companies adapt to the ever-evolving technology and emerging markets.

Here is the list of Top 10 companies on Nasdaq:

Check out our updates for Nasdaq Forecast.

Amazon.com, Inc. engages in the provision of online retail shopping services. It operates through the following business segments:

Get to know about Best Trading and Forex Signal Providers

Get to know about Hydrogen stocks, which are companies focusing on the production of hydrogen fuel cells.

It operates through the

Stocks are profitable. But it’s always wise to limit your exposure to risky investments like best altcoins.

Oil stocks are one of the riskier yet most profit-generating sectors. No doubt oil is the largest energy market but natural gas stocks also play an important role.

PepsiCo is a food and beverage consumer goods company. The Company, through its operations, bottlers, contract manufacturers, and other third parties are engaged in producing, marketing, distributing, and selling a range of beverages, foods, and snacks, across more than 200 countries worldwide. Get to know the best commodities to invest in now.

PepsiCo is organized into the below divisions:

PepsiCo, Inc. recently reported results for the second quarter of 2022:

PepsiCo. has a market cap of $ 237.7 billion. Its share is trading at a price of $ 172.13. Despite being volatile, the stock of the beverage company has been on an upward trend in the past two years. If you have entered the crypto investment market, you should explore crypto staking platforms.

Costco Wholesale Corp. engages in the operation of membership warehouses. It is one of the largest retailers in the world. A Costco store typically carries supermarket items and an ever-changing selection of other merchandise, including some luxury goods. Also, learn about top shipping stocks in 2022.

It operates through the following segments:

Costco currently operates 830 warehouses, including 574 in the United States and Puerto Rico, 105 in Canada, 40 in Mexico, 30 in Japan, 29 in the United Kingdom, 16 in Korea, 14 in Taiwan, 13 in Australia, four in Spain, two each in France and China, and one in Iceland. Costco also operates e-commerce sites in the U.S., Canada, the United Kingdom, Mexico, Korea, Taiwan, Japan, and Australia.

The stock remained bullish during 2021. The stock started off the year at a price of $ 376.78. Initially, the stock dropped to the lows of $ 317.32. But it picked up the pace and rose up to $ 567.7 by the end of the year. Overall, the stock appreciated by 79 % during the year. There are many stock advisory services that recommend a few of the best stocks to their members and subscribers.

Cisco is a US technology company that is best known for its networking products and other products related to the communications and information technology industry in the Americas, Europe, the Middle East, Africa, the Asia Pacific, Japan, and China. It develops, manufactures, and sells networking hardware, telecom equipment, and other IT services and products. The company specializes.

It provides infrastructure platforms, including networking technologies of switching, routing, wireless, and data center products that are designed to work together to deliver networking capabilities, and transport and/or store data. Give a read to a list of the Best NFT Stocks that can earn you great returns if you invest in them today.

In 2021, the share maintained a bullish trend. The stock started off at $ 44.75 and maintained its upward streak throughout the year. The stock peaked at $ 63.37 and closed off the year at the same price. Overall, the stock appreciated by 41.6 % during the year.

It operates through the following segments:

Intel Corp. is the world’s largest manufacturer of central processing units and semiconductors. The company is best known for CPUs based on its x86 architecture, which was created in the 1980s and has been continuously modified, revised, and modernized. Intel also offers graphics processing units (GPUs), networking accelerators, and communications and security products.

ETFs offer a low-cost option to get exposure to oil and gas ETFs.

It has transformed beyond a PC-centric company to have a stronger focus on data. Its main businesses include:

Upstart operates an artificial intelligence-powered platform, which is hired by an increasing number of lenders to evaluate individual credit risk.

In the recent quarterly report, the company reported:

With the demand for AI technology increasing, investor interest in Artificial Intelligence stocks has also increased.

Axsome Therapeutics, Inc. is a biopharmaceutical company developing novel therapies for central nervous system (CNS) conditions that have limited treatment options. Through the development of therapeutic options with novel mechanisms of action, we are transforming the approach to treating CNS conditions. Get to know everything about high-frequency trading.

In the recent quarterly report, the company reported:

Axsome Therapeutics has a market capitalization of $ 2.7 billion. Its share is currently trading at a price of $ 62.99.

The Nasdaq-100 is one of the world’s preeminent large-cap growth indexes. It includes 100 of the largest domestic and international non-financial companies listed on the Nasdaq Stock Market based on market capitalization.

Technology is a dominant segment in the index. But it is well-balanced by sectors such as consumer services, healthcare, consumer goods, and industrials which constitute almost 50% of the companies. One thing which makes this index unique is its focus on companies that are very focused on innovation and future growth. Also, Covid-19 vaccine stocks are one of the best investment options.

Since 2008, the Nasdaq-100 has generated higher growth rates than competing indexes, such as S&P 500 Index and the Russell 1000 Growth Index. Compared to others indexes, NASDAQ has proven to provide better returns at the end of the long-term investment.

Therefore, we advise investing in NASDAQ stocks to get better returns in the future. Also, investing money in the right place gives you a good return on investments like the NASDAQ stocks.