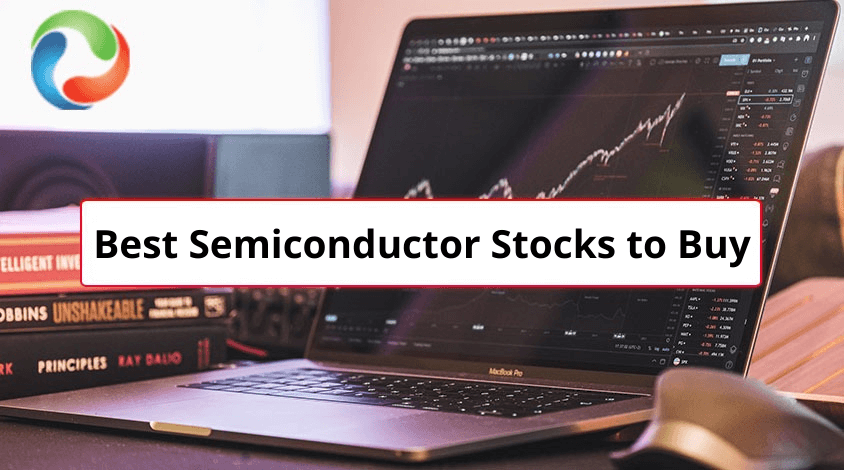 Semiconductors are the major building blocks of modern electronics. They are not only used in electronic devices but also enable advances in communications, computing, healthcare, military systems, transportation, clean energy amongst others.

The Semiconductor Industry Landscape was valued at USD 439.8 billion in 2020, and it is projected to be worth USD 679.6 billion by 2026, registering a CAGR of approximately 7.6%. The semiconductor sector is growing at a very fast pace. Also, the Internet of things is becoming very common and is being used more commonly. Every IoT device contains sophisticated microchip designs that permit devices to achieve remote connectivity. With the growth in IoT, the semiconductor is also expected to grow significantly.

Wireless communication, in particular, is expected to drive strong interest in semiconductors in the short and medium-term. Also, the rollout of 5G cellular technology will transform the smartphone industry which will provide quick connection speeds. Considering the recent deployment of this technology, 5G stocks is a huge opportunity for investors to jump in right now to enjoy good profits in the future.

According to Semiconductor Industry Association:

What’s more interesting about semiconductor technology is that it is advancing and evolving to smaller sizes and geometries, where one single can house more and more devices.

NVIDIA is of the biggest growing mega-cap companies. It is the inventor and world leader of GPU-accelerated computing. This technology has been adopted by many companies belonging to multiple sectors which include financial services, health care, media, entertainment, telecommunication, robotics, and automotive to name a few. Many huge companies have partnered with NVIDIA which include BMW, Procter & Gamble, Alibaba Group, and Audi amongst others. Moreover, Nvidia is well-positioned in providing AI technology and data science. With AI technology on the rise, this will further accelerate the growth of the semiconductor company. With the demand for AI technology increasing, investor interest in Artificial Intelligence stocks has also increased.

NVIDIA’s gaming and data center also contribute a huge amount towards revenue. Its GeForce NOW is a game-changer that provides an unbelievable gaming experience.

NVIDIA has been paying a dividend for many years now. In its recent quarter, the company has paid a dividend of $0.04 per share. NVIDIA has a market valuation of $768 billion. Its share is trading at $308.  2021 has been an amazing year for NVIDIA stock. It kicked off at $130.55 and has appreciated by 136% in 2021. Tech Stocks investment has its own set of Pros and Cons which you should consider as an investor before deciding to invest.

Get to know everything about high frequency trading.

Qualcomm is a global leader in the development and commercialization of foundational technologies and products used in mobile devices and other wireless products. It is one of the largest manufacturers of wireless chipsets. Qualcomm powers the network equipment and broadband gateway equipment for consumer electronic devices. Through its technology people around the world connect, compute and communicate. Get to know the best quantum computing stocks.

Qualcomm is a market valuation of $207.9 billion. Its hare is currently trading at $185. The share of Qualcomm has been on an upward streak since the March-2020 market crash. In the year 2021. It has appreciated by roughly 22%

According to recent news, Samsung and Qualcomm are building a strong partnership for the market of smartphones in the next year. Also, Qualcomm has recently extended its collaboration with Veoneer, which is a worldwide leader in automotive technology. It is expected to integrate Qualcomm’s silicon technology and toolchain with Veoneer’s sensor and software system in an ADAS solution. As an investor, you need to stay put and wait a while before you can benefit from your investment. Investing in value stocks is a long-term investment.

Taiwan Semiconductor Manufacturing is involved in the manufacturing and sale of integrated circuits and wafer semiconductor devices. Its chips are used in a wide array of products which include personal computers wired and wireless communications systems and automotive and industrial equipment amongst many other consumer electronics. By using the stock signals, you can avoid hours of technical analysis to understand the market.

In line with the changes in the tech sector and increased focus on a greener environment, TSMC has committed to reaching net-zero emissions by 2050. Also, TSM is a dividend-paying stock. It has been paying dividends to its shareholders for many years now. In its recent quarter, the company paid a dividend of 0.4912 per share

2021 was a challenging year with the semi-conductor company facing extreme drought conditions in their home country. This added to the production challenge of shortage of semi-conductor supplies which has led to delayed production and delivery. TSM is one of the largest contract manufacturers of chips and supplies to big companies including Apple, Qualcomm, and Nvidia.

TSM has a market valuation of $ 636 billion. Its share is currently trading at $122.7. The share of TSM has been on a bullish run since the March-2020 market crash. The share accelerated upwards during the post-crash period and by the end of 2020 appreciated by 144%.

Get to know the vaccine stocks providing an excellent return to shareholders.

Broadcom Inc. is a global technology leader that designs, develops, and supplies a broad range of semiconductor and infrastructure software solutions. Broadcom’s category-leading product portfolio serves critical markets including data center, networking, software, broadband, wireless, storage, and industrial. There are many stock advisory services that recommends few of the best stocks to its members and subscribers.

Broadcom is benefitting hugely from the revival of the semiconductor industry after the pandemic. Broadcom products are in demand especially for mobile phones, data centers, business networking equipment, and automotive tech. Moreover, some smart major acquisitions have been further fueling the growth of Broadcom growth. The acquisition of Brocade Communications, an infrastructure management software outfit, and the enterprise security segment of Symantec has been a huge value addition to Broadcom’s chip business.

Another financially strong point is the handsome cash generation. Broadcom pays a decent amount of dividends has a huge amount of cash left to be spent on any growth activity the company wills.

Get to know the best EV stocks to invest in today.

Applied Materials is the leader in materials engineering solutions used to produce virtually every new chip and advanced display in the world. It is the global leader for providing innovative equipment, services, and software that is used in the manufacturing of advanced semiconductors, flat panel displays, and solar photovoltaic products. Because of the technology of Applied Materials, the innovation in multiple consumer electronics which include smartphones and smart TVs, are affordable. Give a read to a list of the Best NFT Stocks that can earn you great returns if you invest in them today.

The company spent roughly $ 2.2 billion in research and development and owns more than 14,000 patents. It has also earned the title of “Best ESG Companies” in 2020, by Investor Business Daily.

Applied materials have a market capitalization of more than $144 billion. Its share is trading at $162.72. The share of Applied Materials is on an upward streak since the 4th quarter of 2021. The share kicked of the year 2021 at a price of $ 86.3 and has appreciated by almost 90% to date.

If you are seeking a steady stream of income, you should invest in REIT stocks.

NXP Semiconductors NV is a holding company, which is engaged in the provision of semiconductor solutions. It focuses on high-performance mixed-signal (HMPS), which delivers high performance mixed-signal solutions to its customers to satisfy their system and sub-systems needs across the application areas such as automotive, identification, mobile, consumer, computing, wireless infrastructure, lighting and industrial, and software solutions for mobile phones. Its products include Arm Processors, Arm MCUs, and Power Architecture. Investors are now looking for the finest solar energy stocks to invest in.

NXP has a market valuation of $ 62 billion. Its share is currently trading at $ 232.78. The share price of NXP is accelerating since 2020. The share price has appreciated by approx. 46% in the current year. The energy stocks dynamics have undergone a huge shift from traditional power to renewable.

Micron Technology is one of the leading worldwide providers of semiconductor memory solutions. Micron manufactures and markets high-performance memory and storage technologies. What sets Micron apart is its focused attention towards the technology direction it wants to move towards, without any regard towards competing companies. Also, the company’s focus on niche products and short-term demands of the industry has had positive impacts on the company’s growth.

Micron Technology is ahead of many other companies in the industry in the market deployment of leading-edge process technologies which are:

The demand for these technologies is rising which is great news for Micron. Moreover, the long-term demand will fuel the growth of Micron Technologies in near future.

Micron Technology has a market capitalization of $ 105.7 billion. Its share is trading at $ 94.43. The share of Micron spiked during the last quarter of 2020. The share has been pretty volatile and has seen multiple peaks and dips. The share has grown by 26% since the start of the year, till date.

Get to know the best EV stocks to invest in today.

GoPro is a relatively small but very prominent name in the semiconductor industry.  It manufactures action cameras and develops its mobile apps and video-editing software. The small and handy size of the camera has made them incredibly popular amongst travelers. The recent launch of the new flagship, HERO10 Black has been a great hit which is delivering breakthrough performance. Moreover, GoPro has been ranked no. 2 amongst online photo and video equipment retailers in Newsweek’s recent report, “America’s Best Customer Service – 2022.”

It is an excellent value investment that has great growth potential. In its recent quarterly report, the company reported:

It has a market capitalization of $1.67 billion. Its share is trading at $10.68. The share of GoPro is an upward streak since last year. It has seen multiple dips and heights during this upward journey. During the current year, the share of GoPro has appreciated by 30%.

The semiconductor is an excellent growth sector. With the future shaped by technology and fast networks, semiconductors are becoming a requirement not only in every industry but in the daily life of an average consumer.  Investors always choose the best brokers that better suit his/her trading goals. The above list of companies is set on a fast-paced growth track which is expected to grow substantially in near future.