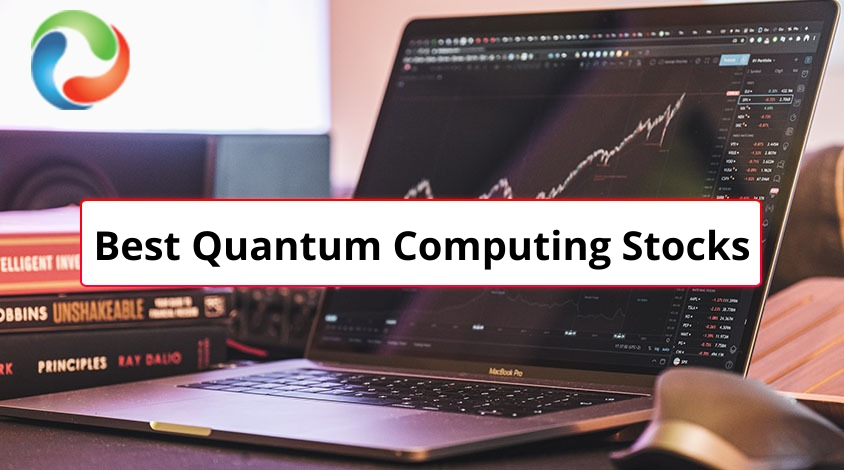 Countries around the globe are heavily investing in quantum research and technology. Moreover, investor’s interest is spiking in quantum computing stocks.

Here we have compiled a list of the best Quantum Computing Stocks to Buy in 2022.

Microsoft is a big name in the technology industry that produces computer software, consumer electronics, personal computers, and related services. The company is one of the largest companies which has a humungous market valuation of $2.3 trillion.

The Microsoft Quantum team innovates across every layer of the quantum stack, from software and applications to control and devices. This includes the pursuit of fault-tolerant topological qubits that scale towards a general-purpose quantum computer. Azure Quantum is an open ecosystem of quantum technologies from Microsoft and partners that enable developers, businesses, and researchers to build and deploy quantum computing solutions at scale. This platform assembles and curates some of the most compelling and diverse quantum resources available. Azure Quantum enables you to learn, build, and deploy impactful solutions at scale, helping you harness quantum computing and benefit from the latest innovations.

Microsoft’s quantum scientist has a very futuristic approach towards building quantum machines. According to him, speeding up problem-solving is not the role of quantum computing. Because the problems get bigger and bigger. For bigger problems, quantum computers should be able to solve them better quantumly than classically. Artificial Intelligence and Machine Learning have gained much popularity. AI Stocks investment has its own set of Pros and Cons which you should consider as an investor before deciding to invest.

Canadian Researchers have partnered with Microsoft to use quantum computing to research genomic-based treatments for illnesses such as cancer and Alzheimer’s disease. Microsoft is also working with Dubai Electricity and Water Authority to explore quantum-inspired solutions for energy applications.

Nvidia is a tech giant which designs graphics processing units for the gaming and professional markets, as well as systems on a chip unit for the mobile computing and automotive market

Nvidia entered the world of quantum technology through the launch of cuQuantum SDK, a development platform for simulating quantum circuits on GPU-accelerated systems. The cuQuantum SDK accelerates quantum circuit simulators to help researchers design better quantum computers and verify results, model hybrid-classical systems, and discover more optimal quantum algorithms. It also provides tools for developers to apply to the methods of their choice, supporting different approaches such as the state vector method or the tensor network method. Investors are now looking for the finest solar energy stocks to invest in.

Interestingly, Nvidia’s approach towards quantum technology is different from others. The company is not planning to build quantum computers, but it intends to use GPU-accelerated platforms for quantum circuit and algorithm development and testing.

The tech company has a market valuation of around $520 billion.  Since the announcement of cuQuantum SDK, the stock price trend of Nvidia broke its stagnant movement and shot upwards. Since the start of the year, the stock price has grown by roughly 67% and is currently trading at $220.

Amazon is an e-commerce platform with also focuses on cloud computing, digital streaming, and artificial intelligence. It is one of the Big Five companies in the U.S. information technology industry.

Amazon Braket is a fully managed service from Amazon that was launched in Dec’2020. Through Braker scientists, researchers, and developers experiment with computers from multiple quantum hardware providers. Amazon is advancing in the field of quantum and has announced a new program, Amazon Quantum Solutions Lab. This will bring together quantum computing experts from Amazon and AWS customers. Also, Amazon has opened an AWS Center for Quantum Computing, which will unite the world’s leading quantum computing researchers and engineers to accelerate the development of quantum computing hardware and software.

Amazon is continuously investing in this technology and recently announced a more advanced theoretical blueprint of a quantum computer design which is expected to reduce errors. The researchers at Amazon are now working toward implementing their ideas with hardware

Being one of the big five companies, Amazon has a huge market capitalization of $1.76 trillion The stock of the company is currently trading at $3,469.

Being a tech giant and one of the largest companies, Amazon is a very good buy. That time is not very far when quantum computing will take over regular computers. When that time comes, Amazon will yield excellent returns as it is continuously advancing in the field of quantum. The best time to invest in quantum computing stocks is now.

IBM is the leader in the field of quantum computing. It is the first company that allowed the public to use a quantum computer. In 2016, IBM connected a quantum computer to its clod which represents a key turning point in the advancement of this technology. IBM’s public quantum computer allowed outside researchers and developers to explore its possibilities. Then with the opening of Quantum Computation Centre in 2019, the quantum industry thrust forward.

Under the IBM Q Network and the rapidly growing community around Qiskit, IBM’s open-source development platform for quantum computing, IBM is leading the way in this technology. Around 100 IBM clients, academic institutions and more than 200,000 registered users can access this technology through the Quantum Computation Center.

IBM Q System One is the first circuit-based commercial quantum computer, introduced by IBM in January 2019. IBM has unveiled a brand-new quantum computer in Japan, this year. A Quantum System One, IBM’s flagship integrated superconducting quantum computer, is now available for Japanese researchers to run their quantum experiments in fields ranging from chemistry to finance.

IBM is leading the way towards the future of quantum technology. The Q Network allows the company and others to explore this technology at its max. This will lead to IBM developing a fully equipped workforce that can tackle all problems associated with the technology. IBM is wisely spending its time, money, and effort in the right place to become a future leader in Quantum. IBM is undoubtedly one of the best cloud computing stocks to invest in today.

Apple is amongst the best long-term tech stocks to invest in.

Alphabet is the parent company of Google. Google is the most commonly used search engine globally. Alphabet is amongst the top 5 companies of the US with a market valuation of around $1.9 trillion

In Oct 2019, Google announced it performed a calculation on a quantum processor in 300 seconds that would be impractical with the algorithms available at the time. Since then, the company has been working on this technology. It aims to build software instead of hardware.

Google is making significant inputs in the theories and algorithms of quantum technology by working with universities and research institutions. Google has created Cirq, which is an open-source framework for programming quantum computers. It is a Python software library for writing, manipulating, and optimizing quantum circuits, and then running them on quantum computers and quantum simulators.

Google has announced its plan to invest billions of dollars to build a quantum computer by 2029. This quantum computer will be able to perform error-free, large-scale business and scientific calculations. Moreover, Google has plans for multiple uses of this technology which are building more energy-efficient batteries, creating a new process of making fertilizer that emits less carbon dioxide, and speeding up training for machine learning, a branch of artificial intelligence.

The stock of Google has been continuously rising and there seems to be no pullback in its journey. In this year alone, the stock of the company has grown by 57 % and is currently trading around $2,.838.

Get to know about RSI trading strategies.

Honeywell makes quantum computers, which are titled H0 and H1. These computers use charged atoms of ytterbium as qubits that can be manipulated with laser beams. The company’s H-series quantum computer achieved the world highest demonstrated quantum volume- 1,024 and is delivering on a commitment to increase by at least an order of magnitude a year.

To accelerate the transition of the quantum industry the company has great plans. Honeywell plans to co-develop integrated quantum hardware and software through large-scale investment. Also, the company intends to open a one-stop-shop for quantum customers.

In its second-quarter report the company reported:

Quantum Computing is becoming more and more popular. With Honeywell investing heavily in this technology and planning to create a unique quantum operating system for quantum platforms, Honeywell is a great quantum computing stock to invest in.

Quantum computing is a huge area of experimental research and development. Big companies are all investing and developing platforms.  Quantum computing and quantum communication could impact many sectors, including healthcare, energy, finance, security, and entertainment. According to Harvard Business Review,  recent studies predict a multibillion-dollar quantum industry by 2030.