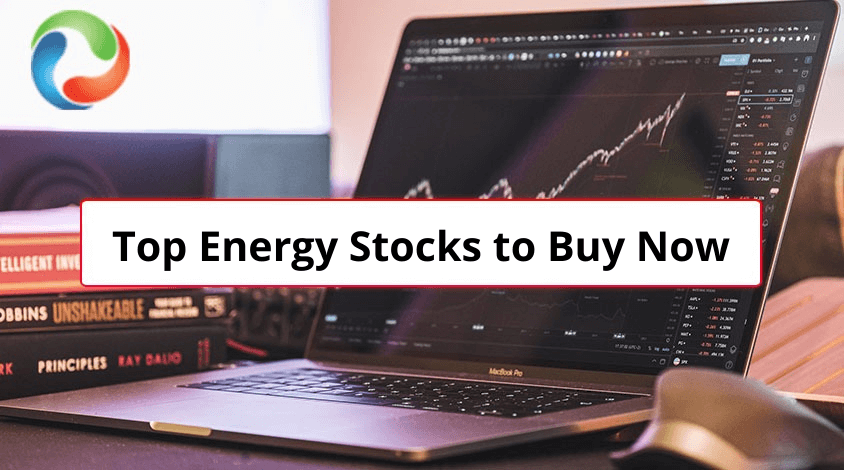 The energy sector is composed of companies focused on the exploration, production, and marketing of oil, gas, and renewable resources around the world.

The energy sector is an important part of the global economy. It comprises companies that are involved in the exploration, production, and marketing of oil, gas, and other renewable energy sources. Goldman Sachs predicts that capital expenditures in the renewable energy stocks sector will surpass the capital expenditure in the oil and gas sector. It is one of the biggest sectors of the economy and attracts a lot of investor interest. The energy sector’s dynamics have undergone a huge shift from traditional power to renewable. Ever since the US government’s announcement of going green, the energy sector has undergone a huge change. Therefore, it is wise to consider the change going on within the energy sector.

NextEra has a very low carbon emission within the industry. As a result, it has earned the title of being the cleanest electric.  Also, during the current year, NextEra Energy was ranked No. 1 on Fortune Magazine’s list of “Most Admired Companies” in the electric and gas utility industry. This title has been earned 14 times by the company in 15 years. In addition to it, NextEra has also been recognized as the company that “Change the World” on the Fortune list. Get to know the best EV stocks to invest in today.

NextEra has a market capitalization of around $177 billion. Its stock is currently trading at around $90. The stock of the company has been on a bullish run since last year.

The company reported earnings of $6.1 billion for its recent quarter. This is a huge improvement from last year’s same period when the company reported a net loss of $207 million. This is major because of improved market conditions, strong operational performance, and a lower cost structure.

The share of Chevron Group is currently trading at $117. After a bad-performing year, the stock performance of Chevron Corp has improved tremendously in 2021.

What makes Chevron an excellent choice for investment is its financial strength. Other oil companies use high amounts of debt to finance operations but Chevron’s low debt stands out in the energy sector. No doubt the oil company used extra financing during the COVID downfall but it didn’t cut down on its investor dividend. This makes it an even more attractive investment.

Shell is an international energy company involved in the exploration, production, refining, and marketing of oil and natural gas, and the manufacturing and marketing of chemicals. Shell is operating in 70 different countries. In 2020, the company sold 69.67 million tons of liquefied natural gas (LNG).

2020 was a hard year not only for Shell but also for its investors. The company’s record of paying regular dividends received a huge blow when it has to cut its dividend by two-thirds. Even then, the company continued to pay a dividend. Moreover, the company is also focusing on reducing its debt due to which the focus of cash has shifted away from rewarding investors. The company was able to pay $8.2 million in debt during the third quarter of 2021. Also, the company’s financial performance has improved tremendously which is driven by robust operations and a resilient portfolio. For nine months, Shell reported an income of $8,640 as compared to a loss of $17,666 in 2020.

According to Kline & Company’s 19th Edition Global Lubricants: Market Analysis and Assessment report, Shell has been ranked Number 1 global lubricants supplier for the 15th consecutive year. Also, the energy company aims to produce around 2 million tons of sustainable aviation fuel (SAF) per year by 2025 and to have at least 10% of Shell’s global aviation fuel sales as SAF by 2030.

The share of the company is currently trading at $44. The year 20202 was a bad performing year for the whole energy sector including Shell. But since the start of 2021, the share of Shell has been rising slow and steadily.

The company reported an EBITDA of $1.1 billion for the third quarter of 2021. Recently, the company’s management approved a comprehensive long-term capital allocation plan. This plan aims to achieve an investment-grade balance sheet and to provide a significant capital return to shareholders. Also, this plan will enable consistent investment growth. This plan includes debt repayment, dividend initiation, and a share repurchase program.

The share of the company is currently trading at $103. The share of the company has been on a bullish run since the pandemic-driven market crash. During the current year, the share has appreciated roughly 72% up till today. With the demand for AI technology increasing, investor interest in Artificial Intelligence stocks has also increased.

ExxonMobil, one of the world’s largest publicly traded energy providers and chemical manufacturers. It develops and applies next-generation technologies to help safely and responsibly meet the world’s growing needs for energy and high-quality chemical products.

In its recent quarterly earnings report, the energy providing company reported an increase of $7.4 billion in earnings, as compared to 2020. The increase in earnings is due to improved demand and strong operations. The company continues to invest in exploration projects. The third quarter capital and exploration expenditures were $3.9 billion only. And the total year-to-date investments for 2021 are around $10.7 billion. Moreover, the company has a record of consistently paying dividends which is increased every year. Despite reporting losses last year, and increased financial pressure of cutting down a dividend, the company-maintained investor confidence by not only continuing to pay a dividend but also maintaining the annual dividend increment record. Amongst rising production and increased chemical prices the company has successfully risen back amongst the leading energy providers and chemical manufacturers. By using the stock signals, you can avoid hours of technical analysis to understand the market. There are many stock advisory services that recommends few of the best stocks to its members and subscribers.

ConocoPhillips is an independent exploration and production company. It is the world’s largest independent E&P company based on production and proven reserves. It operates through six segments: Alaska; Lower 48; Canada; Europe, Middle East, and North Africa; Asia Pacific; and Other International. ConocoPhillips has operations in 14 countries.

As a result of the COVID-19 pandemic, a major oil shock occurred in 2020. And Covid-19 vaccine stocks are one of the best investment options. With the economy recovering, and crude oil prices recovering, the energy sector has stabilized. ConocoPhillips’ nine-month earnings were reported at $5.5 billion. This is a huge improvement as compared to a loss of $1.9 billion for the same period last year. The company delivered strong operational performance, including successfully planned maintenance turnarounds, resulting in third-quarter production of 1,507 MBOED. Also, a 7% increase in dividend was announced, increasing the dividend to $0.46.

The stock of ConocoPhillips is currently trading at $73.5. The stock is on an upward streak since the start of the year 2021. The stock has risen by approximately 84% up till today. Get to know best commodities to invest in now.

BP p.l.c. is engaged in the global energy business with operations in Europe, North and South America, Australasia, Asia, and Africa. BP is undergoing a huge change by shifting toward clean energy as it shrinks its carbon-based fuels business. The company is shifting from an international oil company to an integrated energy company. The company is aggressively investing in renewable power projects. The company is ramping up the sale of carbon-based assets, with a goal of $25 billion worth of divestitures by 2025. To give investors an idea where to start and which companies to look for investment, we have compiled a list of top best oil and gas ETFs to buy now.

In the third quarter report of 2021, the financial performance is marked by strong earnings and cash flow. Cost profit was reported at $3.3 billion for the quarter as compared to $2.8 for the same period last year. This increase was contributed by higher oil and gas prices, higher refining availability, and strong gas marketing. Moreover, the energy company is focused on strengthening its financial position and is leading towards reducing the debt position. The debt position has been continuously reducing for six consecutive years and has been reduced to $32 billion. In addition, the company has declared a dividend of 5.46 cents per share for the third quarter.

The share of BP plc has been currently trading at $27.4. The share of the company received a huge blow due to COVID. It has managed to recover and is en route to reaching the pre-pandemic share price level.

Suncor Energy Inc. is an integrated energy company strategically focused on developing one of the world’s largest petroleum resource basins

Suncor’s net earnings were $877million in the third quarter of 2021, compared to a net loss of $12 million in the same period last year. Also, the energy company is committed to operational excellence and its capital allocation strategy. It is doing this through debt reductions and increasing the return to its shareholders in the form of accelerated share repurchases and increased dividends.

The share of Suncor is currently trading at $24.6. After a huge dip in price due to the pandemic, the stock is on the road to recovery and has been on an upward streak.

Energy prices are very volatile. This volatility can have a massive impact on the sector, as well as on the global economy. The risk of volatile stocks is mitigated through different investment strategies and diversifications. While investing in this sector, you should seek companies that have a low-risk business model which means low production costs and/or stable revenue. You need to act quickly to take maximum advantage of an opportunity of volatile stocks. In addition, a strong financial position is very important which is reflected in the liquidity position, debt ratio, and investment-grade credit ratings. This way, your portfolio is better guarded against the volatility of this sector. If you are seeking a steady stream of income, you should invest in REIT stocks.

Best energy stocks are those that can survive a downward shift in the economy. Also, such companies thrive more than their competitors when the economy is flourishing. Hence, a sensible choice for investment.

Currently, companies that are focusing their attention on cleaner energy companies using renewable sources are an excellent choice for investment since the Biden government is focusing on an emissions-free future.