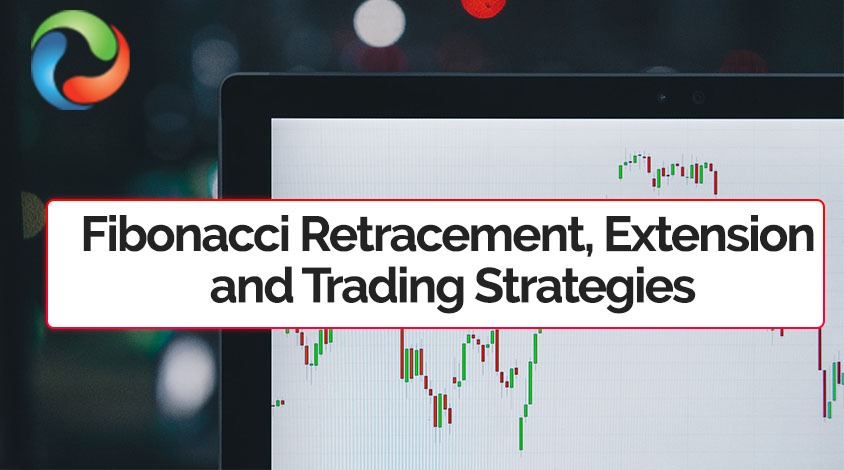 Leonardo Pisano, widely known as the Fibonacci or Fib Man, was a great mathematician of his time. As a young man, Fibonacci was always fond of numbers and studied mathematics extensively. In 1202, Fibonacci came up with a weird number sequence that was derived from Hindu-Arabic numeral systems. Later, the sequence was referred to as the Fibonacci sequence and was comprehensively used by many top traders, hedge fund managers, and investors in their respective trading styles and strategies. In the sequence, after 0 and 1, every number is the sum of the two prior numbers such as 0,1,1,2,3,5,8,13,21,34,55,89, etc. The golden ratio in these sequences is 1.618, as every number is over 1.618 times higher than the preceding number. According to Fibonacci, the golden ratio is 1.618, as it frequently appears in different scenarios in the natural world. For example, the 1.618 number frequently appears in Fine arts, biology, and architecture subjects. According to different scientists, the golden ratio value has been repeatedly found in nature, such as in flowers, human faces, tree branches, and even galaxies.

What Are Fibonacci Retracement Levels?

The Fibonacci indicator that is provided on most of the trading platforms can be handy as it indicates potential retracement levels of stock, pair, or a commodities’ price. The Fibonacci indicator can be drawn in different ways, such as it can be illustrated by connecting two significant price points where significant impulse has occurred. For example, it can be drawn by dragging from a recent price high on a chart to a current price low. In this way, you will be able to gasp potential retracements of that significant price impulse. Sounds hectic? Check out the illustration below:

Fibonacci retracements are mostly used in alignment with different trend continuation and trend-trading strategies. In its essence, the traders use Fibonacci retracement strategies by identifying a golden Fibonacci number or a strong Fibonacci level, where the previous trend might continue for a new low (in a bear trend) and a new high (in a bull trend).

For example, on the H4 chart drawn below, we can see an initial bear trend. After which, the market retraced towards the 61.8% golden Fibonacci level – where the price reversed and created a new low. 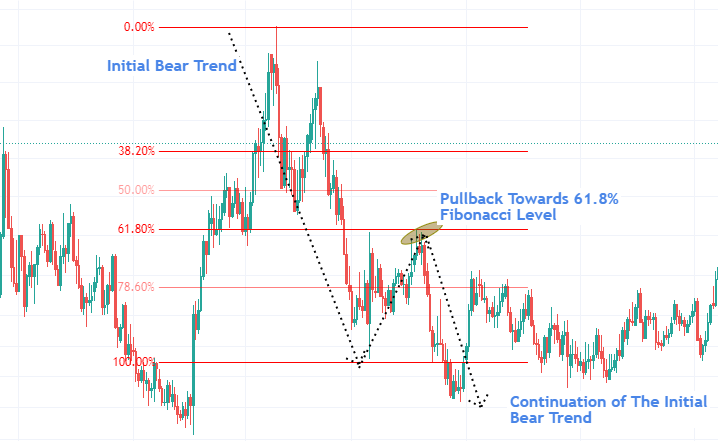 What Do Fibonacci Retracement Levels Tell You?

In general, Fibonacci retracement levels are also static prices that are not dynamic, unlike moving averages (MAS) and exponential moving averages (EMAS). For this reason, they are easy to find and are highly precise with price points.

As trading is highly uncertain, the technical analysis and technical indicators can be entirely useless when fundamentals of the market or market sentiment come into play. For example, if Fibonacci retracement level 61.8% indicates that the price might reverse from there. It does not actually mean that the price may reverse from there all the time. For this reason, in order to defy this limitation, the traders must use other confluences such as support/resistance and moving averages. Also, the traders can navigate through the fundamentals and understand if certain stock or commodity fundamentals and news are in alignment with their trade setups or not.

Get to know the best covered call stocks to buy now.

What are Fibonacci Extensions?

In general, Fibonacci Extensions are the levels used by traders to identify potential profit targets and estimate a continuation of a price move after a pullback or reversal. Fibonacci extension levels are highly useful in understanding reversals and possible obstructions in price continuations. Put simply, Fibonacci extension levels are the key areas where the price of a particular stock, forex pair, or commodity might reverse from.

Extensions can be laid out by simply using the Fibonacci Retracement Tool, and the indicator automatically draws out different extension levels where prices can be reversed from.

What Do Fibonacci Extensions Tell You?

Fibonacci extensions can be highly utilized in different trading strategies and trading styles. These extensions can validate critical support and resistance areas, find potential reversal points and trend reversal areas. For this reason, traders utilize this tool to project their overall bias on a bear/bull trend.

Moreover, suppose a trader is taking advantage of a bull trend in stock and has long positions set on the stock. In that case, the trader can easily layout Fibonacci extensions and look for possible literate take profit levels. The Fibonacci extension can help the trader identify different reversal points.

One of the most used Fibonacci key levels in the Elliot wave analysis is 123.6%. The 123.6% Fibonacci level enables traders to formulate their mind for potential reversal points of the first wave. For example, suppose a trader draws a 123.6% extension of the First wave while conducting Elliot wave analysis. In that case, the trader can benefit from potential target levels if he/she is trading the first wave. The 123.6% Fibonacci extension is also used to curate a flat Elliot Wave correction.

Use of Fibonacci Retracements in Elliot Wave Analysis

Typically, Fibonacci retracements in Elliot wave analysis, Wave 2 resides at 50%, 61.8%, 76.4%, or 85.4% of wave 1. This can be highly beneficial for novice traders, as it can help evaluate perfect target points and entry levels.

Some Other Fibonacci Extensions and Fibonacci Retracements in Elliot Wave Analysis