The Art of trading: Using Elliott wave as a compass
You are here: Home / Trading / The Art of Trading

The Art of trading: Using Elliott wave as a compass

Many years have passed since the creation of markets, trading and since the introduction of the Elliott wave Theory. The Reality is that for years traders have been trying the best way to get money out of the Market, which sometimes is easier than others. Trading, by concept, is an active style of participating in the financial markets that seeks to outperform traditional buy-and-hold investing. Rather than seeking profits from long-term up-trends in the markets, traders look for short-term price movements to profit in both rising and falling markets. It can sound very easy, but traders know that it is not easy and hence we believe understanding the oscillations is one of the keys to success for traders. Oscillation, by definition, is movement back and forth at a regular speed which can depend on the time frame and speed. As Humans, it is very hard to see the shortest cycles and with the addition of the High frequency trading, (is an automated trading platform used by large investment banks, hedge funds and institutional investors which utilities powerful computers to transact a large number of orders at extremely high speeds.) the Markets have become more predictable, but more in need of a map. Elliott wave Theory described the Market moves in sequences of 5 waves and pullbacks in 3 waves, but like I said the Markets have changed, and we believe now move in sequences of 5 waves and also 3 waves. Elliott wave provides the map, whereas understanding the sequences in different time frames will allow traders to trade as a High Frequency machine i.e. keep pushing the sequences until it completes. Of course, High Frequency machines are more powerful than the human mind but the concept is the same, locate the sequence, draw the map, and push it until the end. This concept is applied in Elliottwave-Forecast every day and allows us to stay on the right side and avoid picking the end of a trend which most of the times results in either losing to the trend or bad ratios in winners.

The Market is made up of two sides and knowing the map and the right side is the key. Understanding that the right side sets a target and taking profit on it is also important, and when the pullback happens, knowing the higher sequence is also important to be able to look for continuation of the sequences and being able to adjust if the sequence is negated based on distribution. It may sound simple but there are limitations to it, we at Elliottwave-Forecast cover 52 instruments and we look at even more instruments to gain an edge through sequences and other things because sequences can provide the hedge and consequently draw the maps as well. However, remember we are humans and when we miss a move, it’s because our mind was not able to process the data enough to figure out the right oscillations. We have developed a concept which is very practical and think like a Machine i.e. push the sequence until it fails, nothing different than the high Frequency Machines which at the end rule the Market. So, in conclusion Elliott wave Theory can help you develop a map but rest it’s all about execution and understanding that adjustments are part of trading, combining the Instruments, Time frames and sequences is the path into a solid Plan. 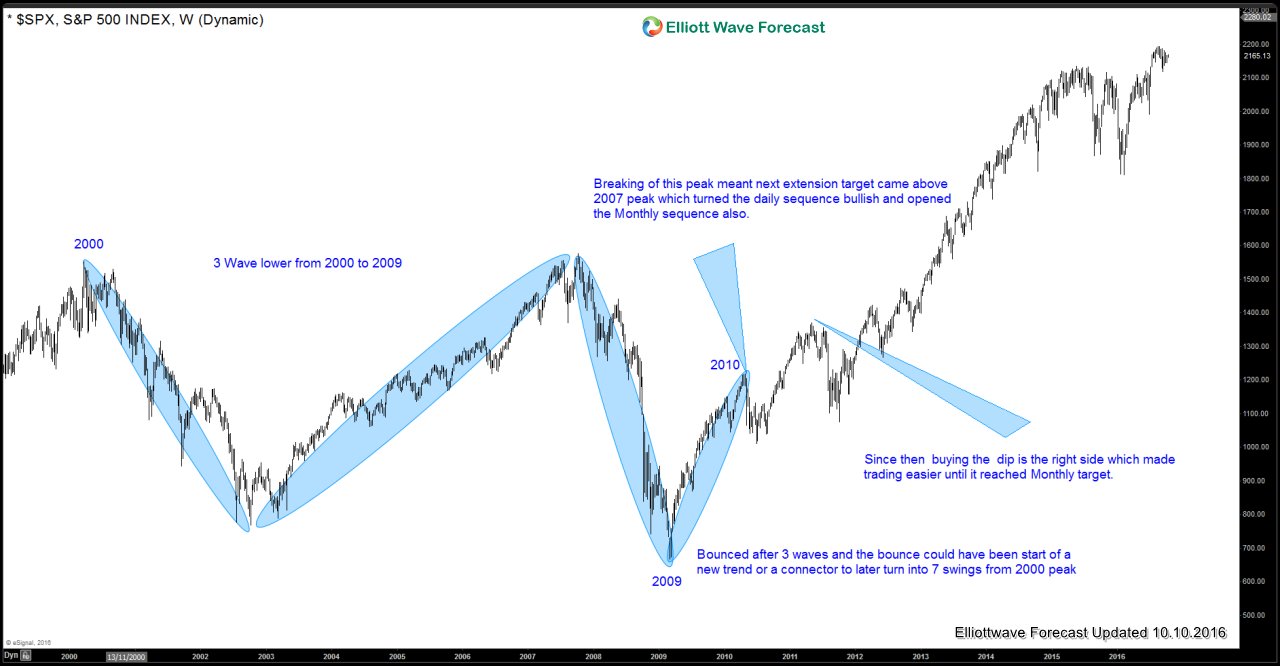