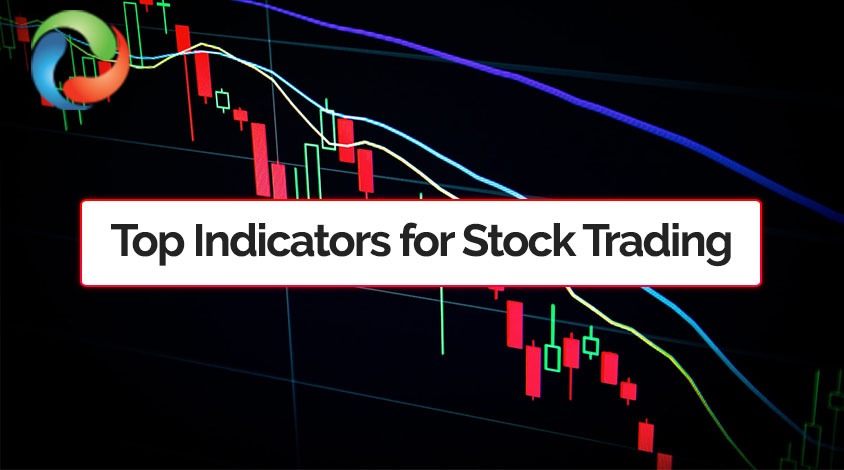 Traders who appreciate technical metrics as stock market indicators usually are more suited to manage the capital/financial markets than those who do not. Although personal investment objectives, risk tolerance, and trading style can help decide a plan and trading approach, understanding which technical metrics to include in your method will play a role in determining potential entry points.

When searching for the most appropriate technical metrics, traders can regard the trading strategy’s goals as well as the existing market situation. Individuals trading stock prices can find it helpful to add indicators to the stock market index by which this stock corresponds to obtain a comprehensive view of the broader market as a whole.

The following are eight of the most often used and best stock technical indicators for stock analysis:

What Exactly Are Indicators and types of stock market indicators?

Indicators are map extensions or maps that include additional statistics by statistical price and volume estimates. They also predict where the price would actually go next. Some of the leading indicators stock market are comprised of 4 major aspects.

There are four primary forms of indicators:

Momentum indicators and metrics inform you how significant the movement is and whether or not a turnaround is imminent. They may help identify market tops and bottoms.), Average Directional Index (ADX), Stochastic, Ichimoku Kinko Hyo are all momentum metrics, and Relative Strength Index (RSI)

Trend Indicators show you which way the market is going, whether there is one anyway. They are often referred to as oscillators because they appear to oscillate among low and high levels in a wave-like fashion. We’ll talk about trend metrics like the Moving Average Convergence Divergence (MACD), Parabolic SAR, and pieces of the Ichimoku Kinko Hyo.

Volatility indicators and metrics show how often the price changes in a specified time frame. Volatility is a critical component of the market; without it, there is no way to profit! You have to move the price in order to maximize profits, right?

Volume Indicators and metrics show you how the volume changes over time and how many share units are purchased and sold. This is helpful so as the price increases, the volume indicates the strength of the step. Bullish movements on large volumes are more prone to last than bearish moves on low volume. Some well-known volume indicators include On-balance Volume (Known as OBV), Chaikin Money Flow, and Klinger Volume Oscillator. These indicators can provide good signs of momentum change; however, this article does not explore these indicators. Some of the other indicators, such as Parabolic SAR, resemble the function of volume indicators. Also, Parabolic SAR and related metrics can be found down the list!

The greater the uncertainty, the more a market changes. It shows you so little about the direction, just the price segment.

So, you may wonder, what is the significance of indicators?

They offer you an indication of where the market in a given market could go next. That’s what you as traders want to see. What would happen to the price? As a result, we may place ourselves to profit from the transfer!

It is your responsibility as an investor to consider where the price is about to move and be positioned for any contingency. You don’t get to precisely predict where the economy would go, so you should be aware of the many possibilities and be prepared for whatever comes to fruition.

Client preference data is collected from a brokerage’s implementation desk data, which measures live retail customer orders to identify potential market directional biases. As optimism reaches excessive amounts, equity investors may tend to see the first turnaround as more probable, which is why it is regarded as either a speculative or eventually leading predictor. These sentiment indexes can be easily found on different websites such as DailyFx, CNBC, and Wallstreet’s official website.

The relative strength index (RSI) is a momentum oscillator that determines whether a stock is overbought or oversold by measuring the magnitude of price fluctuations. When the RSI falls below 30, a stock is said to be oversold, and when it rises past 70, it is said to be overbought. These primary levels can signal a possible reversal, thus categorizing the RSI as a significant driver.

In general, RSI oscillates around 30 and 70 before dipping below 30. Below the 30 mark, the first warning is a misleading indicator because, even though the pattern seems to be reversing to the upward trend, it provides the best to decline. On the other hand, the second warning appears as the RSI falls below 30 and begins to rise. The RSI, on the other hand, reinforces the reverse by passing over the 30 lines the very next day. Indicators like RSI and ADX are considered as best trend reversal indicators. Also, many investors and traders regard them as the best indicators for swing trading. Here at Elliottwave-Forecast.Com we use Relative Strength Index in a different way and use it to identify impulsive and corrective structures and incomplete sequences.

Another momentum measure used to evaluate unstable market situations when selling stocks is the stochastic oscillator. Unlike the RSI, which calculates market change level, the stochastic measures current price in comparison to its price spectrum over time. Stochastic is considered as the best technical indicator for day trading.

A bullish convergence happens as the percent K side (the black line) extends over and above the percent D line in stochastics. A bearish signal is produced when the percent K line exceeds under and just below the percent D line. If there is a bullish cross attached with a step above 20 underneath and a bearish indicator combined with a push under 80, the best indications can always arise.  Get to know the best NFT Stocks that can earn you great returns if you invest in them today.

A simple moving average (SMA) is a sluggish measure that depicts the average price of defense over a given time span. The moving average stimulates short price volatility in an evolving market, allowing equity traders to recognize the pattern in a straightforward manner.

In a range bound sector, a moving average may also be used to distinguish support and resistance ranges. As the 50-day MA is applied to the Boeing price map, it is apparent that the 50-day SMA may also be seen as a possible help, even though Boeing is operating in a range setting.

The exponential moving average (EMA), like the simple moving average (SMA), is a lagging metric that reflects the average price of protection over a given time span. However, unlike most of the SMA, which assigns equivalent weight to all pieces of data in the array, the EMA assigns more importance to current valuations, eliminating any of the lag associated with a conventional SMA. As a result, the EMA is an excellent candidate for trend investing since it helps traders get a comprehensive view of the sector without losing out on openings due to a simple moving average latency.

The MACD (moving average convergence/divergence) is a technical metric that can be used to assess both trend and movement power. The MACD shows a MACD line, a signal line (red), and a bar chart showing the contrast between MACD and signal lines.

The MACD line is the disparity among two exponential moving averages, while the signaling is considered the MACD line moving exponential.  These lines oscillate in and about the zero, granting the MACD oscillator-like properties, with oversold and overvalued signals appearing along with each zero simultaneously.

Bollinger bands are a measure of uncertainty. They are made up of a simple moving average and two lines that are measured at reference range on each axis of the central moving average axis. The outer lines form the band.

Simply put, the business is quiet while the band is narrow. Whenever the band is displayed wide, the market is chaotic.

Bollinger Bands may be used to exchange both in varying and developing stocks.

Look for the Bollinger Rebound in a volatile market. The price moves from one hand of the band to another, often moving to the price movement. This is analogous to adjustment to the average. When time passes, the price automatically returns to the norm.

In this case, the bands serve as complex levels of encouragement and opposition. Put a sell position with a stopping price just above the displayed band if the price reaches the peak of the band to hedge against such a breaking out. The price could return back to the median, and possibly even to the middle band, where you can cash in some profits.

When the price is evolving, traders utilize the Bollinger Squeeze to position the potential positions and capture early outbreaks. As the bands get even together like in a range, it means that a breakup is imminent. It provides no indication of direction, so be ready for the market to move in any direction.

If the candles split underneath the lower band, the step would most likely go in a downward direction.

If the candles split over the band, the step would most likely proceed in an upward direction.

Now it’s time to step on with something a bit easier, Parabolic SAR. This is a pattern spotting tool. Dots are drawn higher or lower on the map to show the possible course of the market movements. Is it possible to make it any easier?

How will a fundamental predictor like this be used in trading? So, I’ll answer you. When the dots are over the price, the stock is in a downtrend, so you’ll be selling.

When the dots are lower than the price, the stock is in an uptrend, and you’ll be buying. It’s easy peasy.

One point to keep in mind. When the stock is going horizontally in a ranging economy, it should not utilize the Parabolic SAR. There’ll be a lot of noise because the dots will shift from left to right. After all, there will be no unmistakable signal.

Insert Parabolic SAR into your trading toolbox and use it to monitor solid patterns.

Any short-term trader aims to decide the trajectory of a given underlying asset movement and benefit from it. There’s been dozens of technical indicators and modulators created for this reason, and this article has included a few examples for you to try. Use the metrics to develop innovative techniques or suggest adding them into existing ones. Check these out in a trial account and see which ones you want. it is not necessary to include more and more indicators on your chart; but it is crucial to find the best combination of technical indicators for your stock trading. Choose the one you like most and discard the others.

Using technical indicators in any financial market can be useful as it adds more confluence to your already existing trading plan. However, it is crucial to understand these given indicators and utilize ones which suit your trading strategy and trading plan while following their rules. It is also worth mentioning we don’t use many indicators here at Elliottwave-Forecast.Com, we only use Relative Strength Index (not in the traditional way described in this article), Stochastics, Cycles, Sequences, Distribution and Elliott wave for trading signals/forecasting and online trading courses.

Using these indicators, we can make wiser trading decisions and help our clients understand the underlying market dynamics. If you are looking to trade and learn with the experts, Elliott Wave Forecast is a service all traders must consider. Happy Trading!