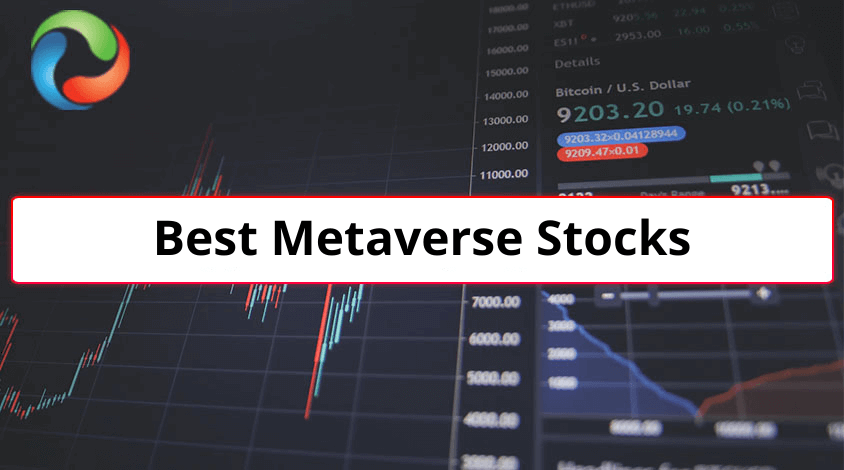 Metaverse has become the hottest topic of 2022. The credit goes to the news of Facebook, Inc. changing its name to Meta Platforms, Inc. in October 2021.

Get to know about top Infrastructure stocks to invest.

Pros and Cons of the Metaverse Industry

Innovative Communication for Work and Education

A platform based on the metaverse is very engaging for users as it allows them to interact in an immersive and graphically-rich virtual environment. Unlike the most common Zoom communication app, where participants are interacting via a computer screen. The Metaverse allows people to exist in a virtual office or a lecture hall, where they can interact with life-like avatars of the participants in a 360-degree fashion.  Stock trading advisory websites help investors make the right financial decisions.

An Enjoyable and Interesting Technology

Without a doubt, the virtual economy offers attractive features, which make work and education more enjoyable. Since the virtual world can make everything possible that cannot exist in the real world, the level of interest of users automatically increases.

A Great Addition to The Blockchain Technology

Get to know the best industrial stocks for 2022.

Development of a Virtual Economy

The metaverse will provide a digital platform to everyone which will allow the exchange of digital and offline products and services. People can own digital assets as well which can have real economic value. Also, the new economy will create a new source of jobs and activities that exist in the virtual world.

Artificial intelligence is one of the underlying technologies for designing and running the metaverse. This will lead to the creation of unhealthy and para-social relationships and can even lead to minimal to zero human interaction in the real world.

All social media platforms along with online communication apps have been exposed to security and privacy risks, which eventually the public has the face. Since these platforms collect a huge amount of personal data, which is sold, and used for intrusive online advertisements, as well as for identity theft and other cyber-related crimes.The cybersecurity stocks have become a high-growth sector and is attracting a lot of investor attention.

The virtual world can become an obsession for users. Just like the cons of gaming the world has seen, this metaverse can cause a similar level of addiction for users. We also have covered best ETFs to buy in all categories.

Today there are many new players in the markets. Some are new entrants and some are old companies shifting their focus toward Metaverse.

Microsoft remains a powerhouse within the tech industry. The trillion-dollar company plans to become the company that will power the metaverse and it seems inevitable.

The company’s most recent announcement concerning expansion within the Metaverse universe is the expansion of gaming platforms via Activision Blizzard. Moreover, the Mesh Platform of the company is already a step ahead within the virtual world. Microsoft Mesh enables presence and shared experiences from anywhere through mixed reality applications. If you are seeking a steady stream of income, you should invest in REIT stocks.

Microsoft Corp. has recently announced the financial results for the quarter ended March 31, 2022:

The stock entered the year 2022 amongst the high price levels beyond $ 325. To date, it has declined 17% during the current year.

Meta Platforms are the reason the virtual platform is on the rise. The company’s userbase covers the majority of the earth’s population through its social media platforms: Facebook, Instagram, and WhatsApp. This fact is enough proof of the company’s success. The company is investing billions to create software and content for augmented reality and VR applications, allowing it to address multiple metaverse angles.

Meta Platforms have a history of making money before entering the metaverse. With the metaverse applications of the company in full bloom, imagine the peaks this metaverse stock would take.

Meta Platforms has recently announced the financial results for the quarter ended March 31, 2022:

Get to know best vaccine stocks to invest in now.

NVIDIA produces graphics and video processing chips for artificial intelligence and high-end computing. And its products play an integral role in powering the metaverse.

Nvidia is well-positioned in the market to be one of the strongest metaverse stocks in the market. Because of its established chip business and Omniverse platform, the company will be benefitting from the rise in metaverse technology directly or indirectly.

NVIDIA is yet to announce its first-quarter report for the year 2022. In its full-year 2021 report, the company published:

Get to know the list of crypto mining companies that are leading the industry.

Autodesk is rapidly becoming one of the most popular options for developers who are engaged in Metaverse and its development. The company has been successfully shifting towards a profitable software-as-a-service (SaaS) business model. Autodesk’s software is being widely used by developers to design and construct virtual worlds for gaming and entertainment. The company currently offers a suite of technologies for rendering 3D animation, building and launching virtual buildings, and creating within virtual reality (VR) and augmented reality (AR) environments. Learn about head and shoulders patterns trading guide.

For the full year 2022, the company reported:

Autodesk’s share is trading at $ 197.07. Its share has been volatile in the past two years but maintained its upward streak. The stock changed course during the last month of 2021 when it started declining. During the year 2020, the stock appreciated by 65%. In the year 2021, the stock declined by 11%. In the current year, the stock has declined by 26 % to date.

Get to know the best tech stocks to invest in now.

Match Group offers online dating apps. The company has announced its intention to expand its matchmaking efforts into the virtual realm. Match Group intends to integrate avatar-based virtual experiences into its portfolio of mobile applications.

The company has progressive plans for its popular Tinder app. Match Group has revealed plans to monetize the app through the app’s own virtual currency: Tinder Coins.

The company recently published its first-quarter earnings report for the year 2022:

Check our updated for NASDAQ Forecast.

Cloudflare’s broad network already extends to 250 cities in more than 100 countries. Approximately 95 % of the world’s population can connect to that network within 50 milliseconds. It uses a software-defined networking (SDN) model – replacing networking hardware such as routers, switches, and load balancers with far cheaper and more scalable software.

Cloudflare plays a significant role in providing the underlying networking and data services required to make the metaverse a reality.

Cloudflare recently announced its first-quarter report for the year 2022:

Oil stocks is one of the riskier yet most profit-generating sectors.

Roblox makes an open gaming platform, which lets players create their own “worlds” where they can interact and play with others over the internet. Roblox’s vision for the metaverse is to create a platform for immersive co-experiences, where people can come together within millions of 3D experiences to learn, work, play, create, and socialize.

The company recently published its quarterly report for the year 2022:

The stock of Roblox is currently trading at $ 32.97. the company went public in 2021. It peaked at $ 134 in Nov’21. After hitting the peak, the stock picked up a bearish trend and has been declining. During the current year, the company’s stock has depreciated by approx. 68 %.

Take-Two is one of the strongest players in the gaming industry. It has all the tools to build a compelling metaverse.  The company’s CEO believes that the company currently has the biggest and best metaverses that exist with Grand Theft Auto Online, Red Dead Online, and NBA 2K’s online version. And the number 1 company generating revenue out of this new technology. Also read: Best Stocks for Covered Calls in 2022.

The company recently published its third-quarter reported for the year 2022:

The company’s stock is currently trading at $ 109.39. the stock has been highly volatile in the past two years. The stock peaked at $ 210 at the start of 2021 before dropping in price. During the current year, the stock of the company has been declining. To date, it has dropped by 38 %.

Last year, the company introduced its Mixed and Augmented Reality Studio (MARS), a tool that gives creators the power to build intelligent AR content seamlessly. Creators can build complex, data-oriented apps and test their experiences without leaving the MARS authoring environment. During the same year, the company also completed the acquisition of long-time partner Interactive Data Visualization (IDV). IDV is the creator of SpeedTree, a suite of vegetation modeling and environment creation products used in architecture, games, visual effects, and real-time simulations.

The company recently published its first-quarter report for the year 2022:

Matterport provides 3D cameras (which bring depth to an image), 360 cameras (which bring multiple angles), an app to capture these images on your smartphone, software that pulls this all together into one digital twin of the space, and applications to layer on AR features. A Matterport digital twin is the most accurate virtual 3D model of a real place – whether it be a room, an entire building, or an outdoor space

Matterport has collaborated with Facebook AI Research (FAIR), now called Meta AI. Matterport has its own AI, Cortex, that it uses to create precision 3D spatial data at scale.

In the recent second-quarter report for the year, the company reported:

The stock of Matterport is currently trading at $ 5.39. The company went public in 2021. The company’s stock peaked at $ 27.8 in Nov’21 before declining in price. During the current year, the stock has declined by approx. 74 % to date.

There are many trading blogs designed for individual investors that are interested in choosing individual buzzing stocks.