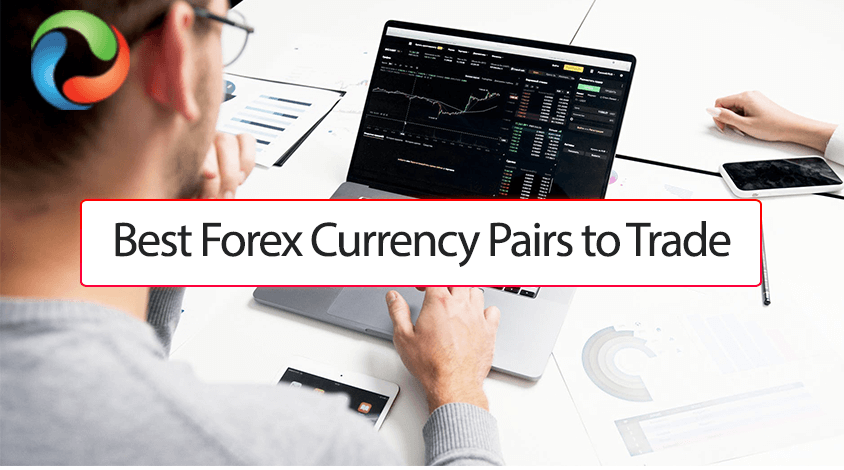 From Sunday evening through Friday night, the currency market is open 24 hours a day, taking advantage of the international time zone disparities between London, Tokyo, and New York. Because currency traders can open and cancel positions at any time of the day without other markets’ constraints, forex market hours are considered more flexible. There are leveraged products such as spread betting and CFDs that can be used to trade forex. Margin requirements only require traders to deposit a fraction of the total trade value, known as a margin requirement. This implies that while there is a chance of maximizing earnings, there is also a chance of losses. Forex indicators are constructive in making disciplined and informed decisions.

What are Currency Pairings, and How do they Work?

Currency pairs are used to draw the comparison between the value of one currency with another. Base currencies and secondary quote currencies are used. The EUR/USD, for example, is possibly the most widely traded currency pair in the world, with its price indicating how much of the quote currency, the US dollar, is needed to purchase a unit of the base currency, the Euro. A bid and ask price exists for each currency pair. There are multiple forex trading platforms in the market.

A bid price is the highest price a buyer is willing to pay for a currency, an asking price is the lowest price a seller is willing to accept, and the bid-ask spread is the difference between currency pricing. Forex traders may choose to trade on currency pairings with a lower or tighter spread since it lowers the overall costs of the transaction. On the other hand, some traders prefer to trade on volatile currency pairings with wider spreads and lesser liquidity to profit from price fluctuations. If you are confused between investing in stocks or forex, go through investing in forex or stocks –  which is more profitable?

What Characterizes a Successful Currency Pair?

Will you trade at night or during the day? This may not seem like a relevant topic until you consider the trading day’s path:

This means that not all of these trading areas will be open simultaneously or continuously. For example, if you are a night trader in the United States, the Middle East, and Europe/London may be closed, leaving only the United States and Asia options. Which currency markets are available to you depends on what time you trade. Check out our list of the best day trading stocks in 2022.

This is usually the most important consideration when determining which currency pairs to trade. You want to trade currency pairings that are simple to buy and sell as a trader. The trader who wants to profit from the irregular performance of less liquid currency pairings is an exception to this rule. Scalping is a strategy that entails taking tiny profits numerous times throughout the day.

The nation’s economic health or nations tied to a currency is inextricably linked to its price stability—for example, the US dollar to the US pound or the British pound to the British pound. You should evaluate the expected economic circumstances of those countries when deciding which currency pair to use.

In other words, how much historical data on a currency is available. A large amount of data available to determine how a currency is expected to perform is one of the advantages of trading major currency pairings or pairs involving any major global currency. Lesser global currencies, particularly those that are new to the forex market, will have less historical data, and, as a result, their performance will be more volatile.

The Best Forex Pairs to Trade

USD to EUR is a shorthand for “conversion of United States dollars to euros,” It is one of the world’s most widely traded currency pairs. The Euro is a stable currency that symbolizes the European Union and serves as the official currency of 19 of the EU’s 28 members. Austria, Belgium, Cyprus, Estonia, France, Finland, Germany, Greece, Ireland, Italy, Latvia, Lithuania, Luxembourg, Malta, the Netherlands, Portugal, Slovakia, Slovenia, and Spain are among the countries that use the Euro. When the European Central Bank intervenes in market activity to boost the Euro, you can expect the dollar to euro cross to fall.

Check our updates for EUR/USD

The Japanese yen (JPY) is the country’s official currency, and it dates from the Meiji restoration’s endeavor to modernize and westernize Japan’s economy. Following World War II, the yen lost a significant portion of its value, but it has since begun to stabilize after reaching a trough following the 1973 oil crisis. The yen is currently a popular reserve currency alongside the US dollar, Euro, and British pound. Because of the Japanese government’s active stability intervention policy, the yen is believed to be held under a “dirty float” regime. There is a vast array of trading courses available online which you can join, each with its own merits and every course suitable for different types of traders.

The yen’s value fluctuates daily, but Japan’s central banks often buy and sell the currency in large quantities to keep exchange rates under control. To cultivate a competitive export market, the Japanese government places great importance on maintaining the yen’s price. If you have USD, you can make a lot of money by taking advantage of these daily variations if you get in at the correct time.

Switzerland’s national currency is the Swiss Franc (CHF). Those who invest in CHF primarily protect their assets from market volatility. Many experts say the Swiss franc is a “safe-haven” currency. This means that the CHF will normally increase in times of instability when other currencies lose value. When other currencies appreciate, the CHF often loses value. Except for the JPY, CHF was appreciated against all other currencies during the Great Recession. Because of this, CHF and (to a lesser extent) JPY are two of the most widely traded safe-haven currencies in the world.

Check our updates for USD/CHF

The United Kingdom’s official currency is the British pound sterling (GBP), used in England, Scotland, and Wales. Despite being an official member of the European Union until 2016, the United Kingdom never adopted the Euro, as did most Western European countries. Following the USD and the EUR, the GBP is the third most traded currency. In the previous decade, two key events have had a substantial impact on the pound’s value. The pound’s price fluctuated significantly from 2007 to 2008 due to the global impact of the Great Recession. There are multiple technical analysis courses available that teach technical analysis.

The GBP achieved an all-time high of £2.10 per USD 1 in 2007, only to plummet to a startlingly low £1.40 per USD 1 in 2008, prompting many investors to sell their pounds for dollars. Though the pound recovered in the following years, it eventually settled at roughly £1.60 per $1, never reaching the 2007 peak. Brexit, the moniker given to the 2016 vote that would remove Britain from the European Union, was the second big influence on the price of GBP. After the Brexit decision, investors abandoned the pound for more stable currencies, causing the GBP to lose over 10% overnight and 20% in the months after the referendum.

Check our updates for GBP/USD

The Australian dollar (AUD) is Australia’s official currency and the world’s sixth most traded currency pair. The value of the AUD is strongly linked to the CAD value due to the economies of Australia and Canada’s interdependence. The Australian dollar is also inextricably linked to the commodities market, as Australia is one of the world’s top exporters of coal and iron ore. AUD hit a level not seen since the 1970s during the commodity crisis of 2015. If you want to invest in AUD, you should watch the price of these important commodities for the Australian economy.

Check our updates for AUD/USD

Because Canada is America’s fiscal neighbor to the north and one of their most important trading partners, it’s no wonder that the CAD and the USD have a strong relationship. The Canadian dollar’s value is also closely linked to commodities prices. Because Canada’s economy is primarily reliant on oil exports, the price of oil has a significant impact on the value of the Canadian dollar. Oil prices plunged to levels not seen in over a decade in 2016, and the Canadian currency suffered as well, falling to a 1.46 CAD to 1 USD exchange rate. If you want to convert USD to CAD, keep an eye on the oil price to see when the best moment is to buy. We have a list of the best tech stocks to buy now.

As America’s fiscal neighbor to the north and one of their most important trading partners, it’s no wonder that the Canadian dollar and the US dollar have similar values. Generally speaking, the best pair to trade is the one you are most familiar with. The currency exchange rate Forex trading calendar, where you can also get predictions and forecasts about announcements, is a great method to keep track of economic developments that might affect the value of a currency. Using a Forex trading calendar, you may obtain forecasts about forthcoming currency-related events that influence the Forex markets.

Go through a list of crypto mining companies that are leading the industry.