Every trader around the World relates trading XAGUSD with XAUUSD. Most of the time, they trade in what we call direct correlation, which means they agree in both swings and overall direction. Since 2015 something very interesting has happened. Gold has rallied and provided a nice impulse rally. But on the other hand, Silver has been sideways and even took the lows of 2015. This situation has created confusion among trades because they know in the back of their mind that most of the time, they trade together. Many believe that the rally in Gold is corrective, and a considerable decline is about to happen. As always we at elliottwave-forecast, look at the logic beside the reasons. The following chart: 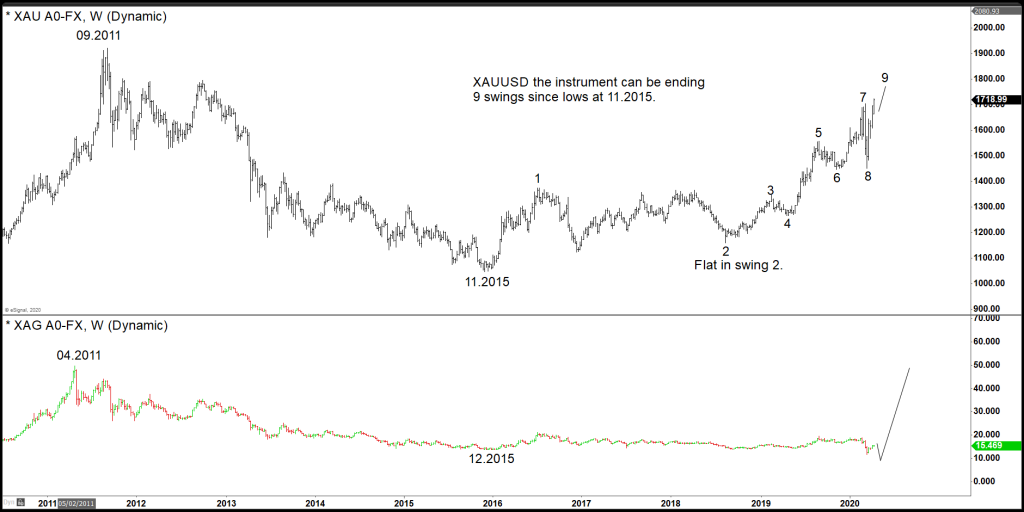 Show both Gold and Silver Weekly oscillations are presenting the significant highs/lows and how, after 2015, they are trading in this other dimension correlation in which they agree in swing direction, but not overall in direction. We call this Second Dimension correlation, which happens a lot across the Market. We can see the Monthly peak in 2011 and then the previous mentioning low in 2015, which already Silver has broken. As we mentioned before, there is a logic behind this dynamic. The first is the $USDX strength, which started in 2011 against commodities. But the case can be made that Gold is not feeling the Dollar strength. The big logic is shown in the following chart: 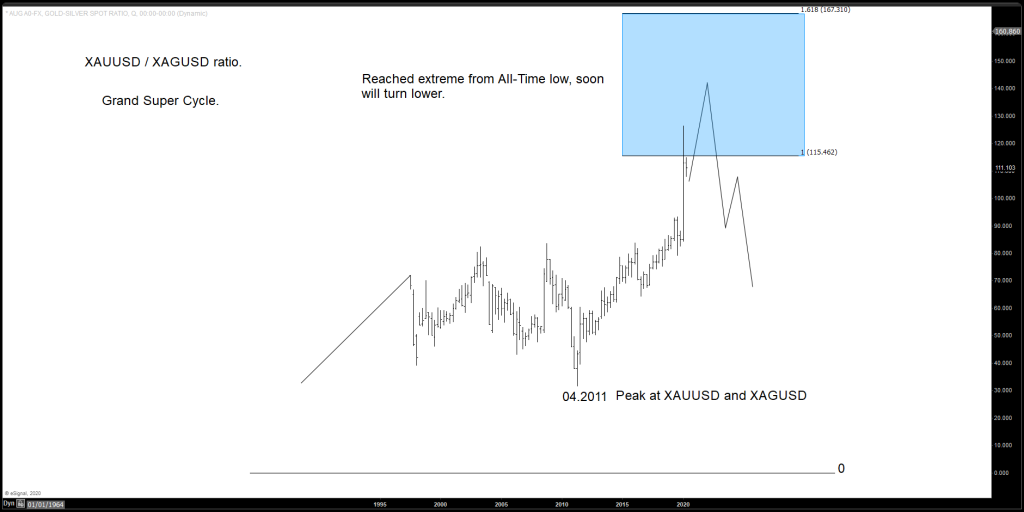 The above-mentioned chart is representing Gold to Silver ratio. How they both relate against the Dollar, We can see at the chart, how the ratio had reached the Blue Box within the Grand Super Cycle. Meaning soon the dynamic will change and will be back to normal when Silver and Gold trade the same side and the Dollar sell. Looking at the chart, we can understand how Silver was mean to be sideways to lower since the ratio took the break of 11.2008 peaks creating a bullish sequence in favor of Gold. But soon this dynamic will change and Silver will be ending laughing and will out-run Gold.