Wave ((iv)) pullback ended at 4451. This level entered into the territory of wave ((i)) high which suggested a leading diagonal structure. Then the rally continued and we expect 5 waves up to finish wave ((v)) and wave 1. We could see already 3 waves up from wave ((iv)) low and we need 2 more waves complete the leading diagonal. The possible place to end this wave 1 comes in 4629 – 4684 area where we could find profit taking to begin a correction in 3, 7, or 11 swings. The view is valid as long as we stay above 4219. 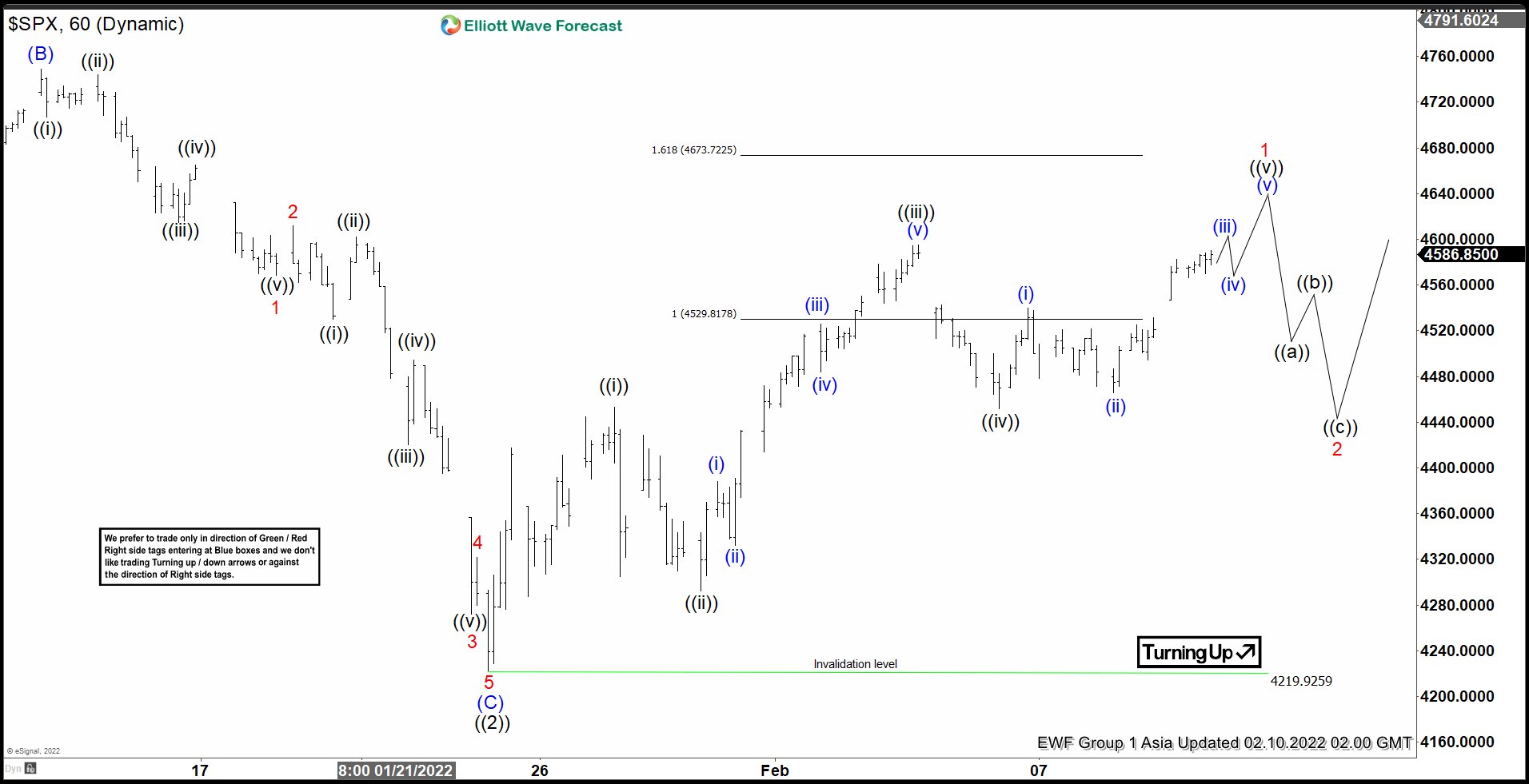