Wave 4 pullback ended in a double correction at 90.73 and Oil started the last wave 5 higher to finish an impulse. We are looking an extension in this wave. In lesser degree, wave ((i)) of wave 5 has ended at 92.37 then wave ((ii)) correction completed at 90.88 and Oil has continued to the upside. Expect CL to extend higher and break wave 3 peak to complete wave 5. A possible area to complete this structure comes in 93.76 – 94.69 zone calculated using Fibonacci inverse retracement tool, where Oil could find seller to begin at least a correction or an important new cycle. 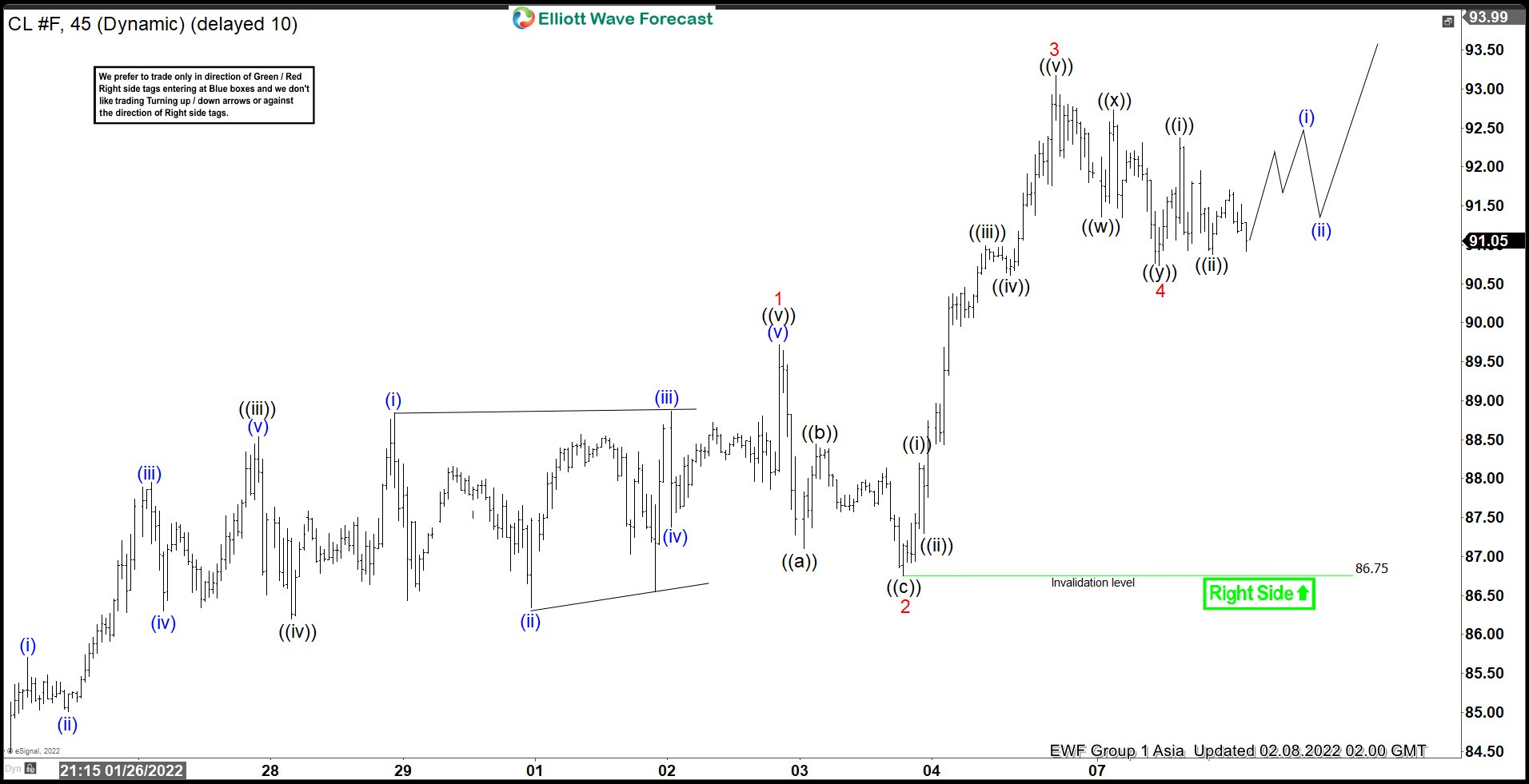