NZDUSD has been trading sideways for the last few days. In our previous blog, we mentioned that decline from 2.6.2017 peak was in 5 swings and hence pair had an incomplete Elliott wave sequence from there. Pair has since made a new low and recovered but that new low doesn’t count as the 7th swing because the new low came after a rather shallow bounce. In today’s blog we will revisit the swing sequence from February peak and take a look at the short-term structure.

New low to 0.6834 was a marginal new low and could be viewed as part of a leading diagonal wave A down from 0.7090 peak. Pair is proposed to be still correcting the decline from 0.7090 high which is expected to take the form of a double three structure ((w))-((x))-((y)) structure. While above 0.6875 low, pair should ideally extend higher towards 0.6986 – 0.7012 area to complete wave B before it turns lower to resume the decline in wave C. Price should remain below 0.7090 high for this view to remain valid. 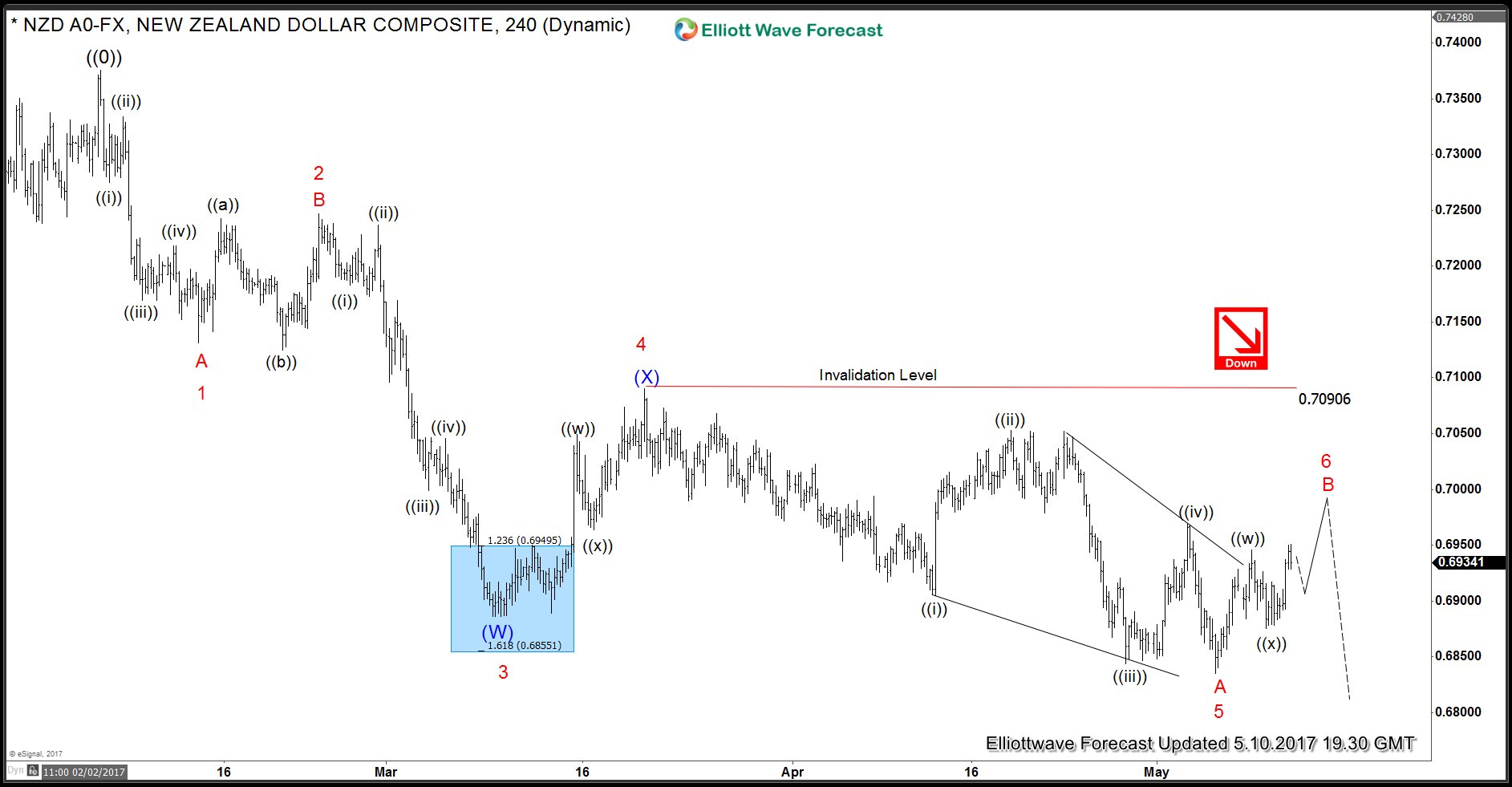 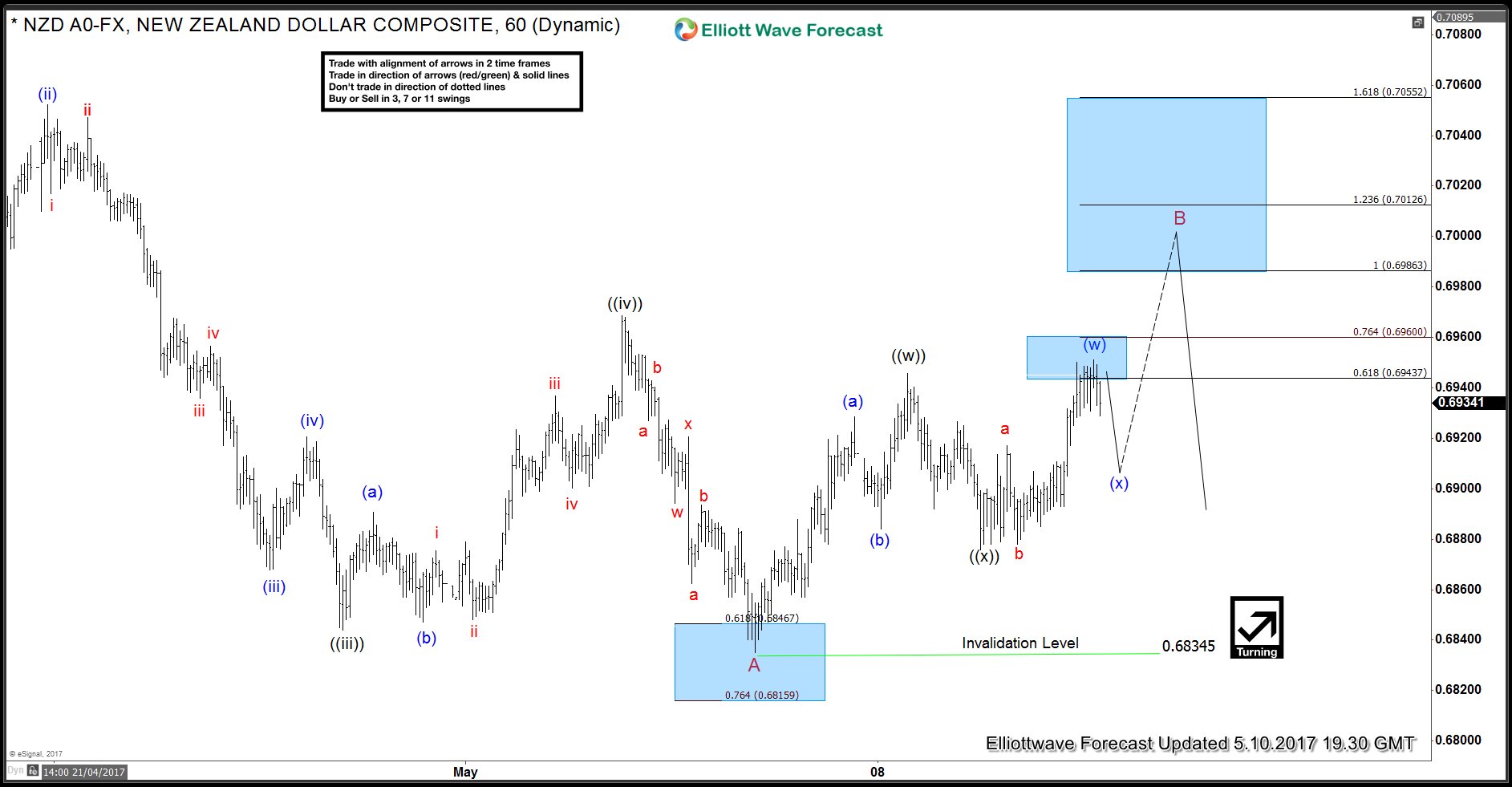 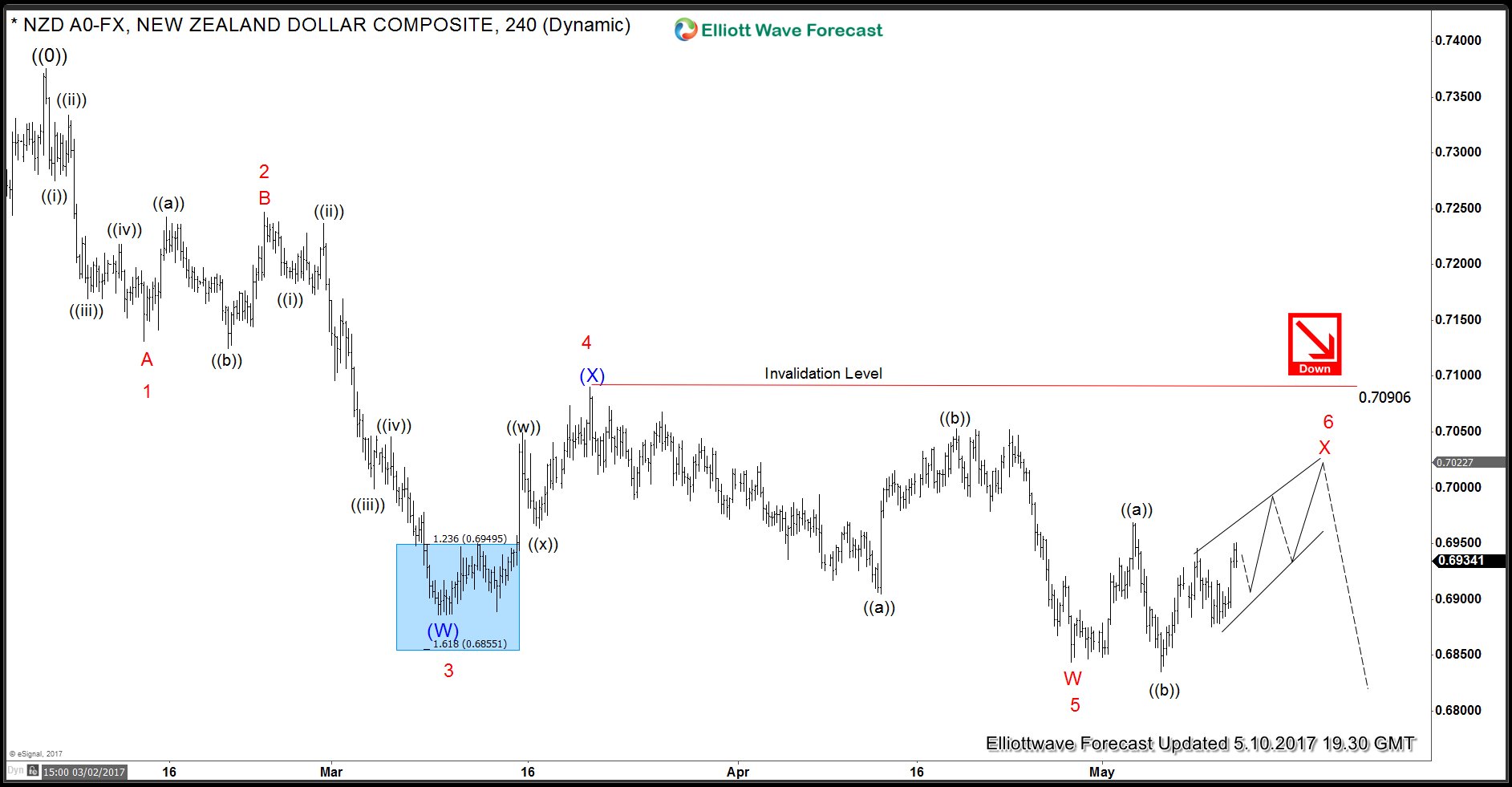 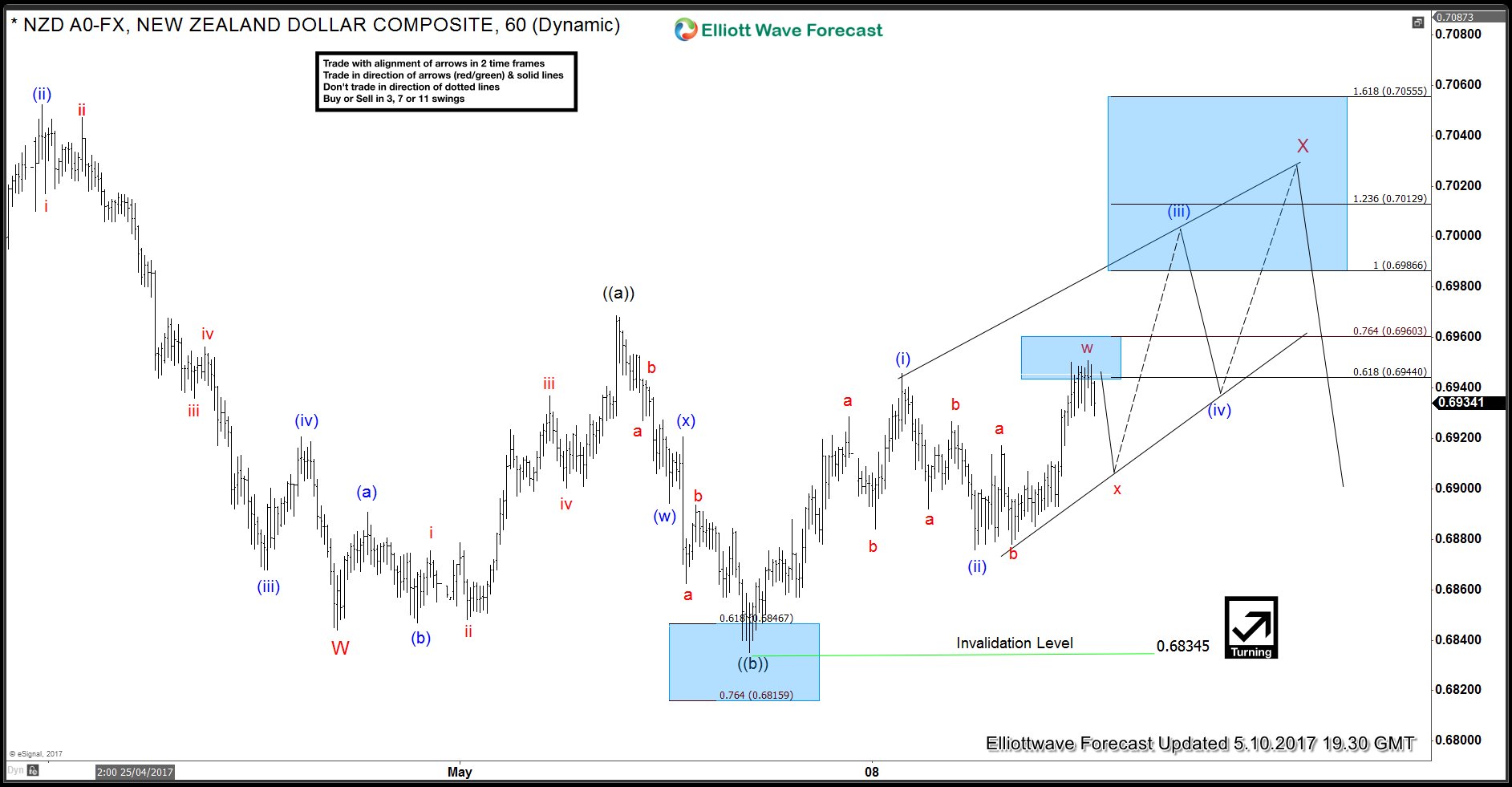