Global Indices sold off strongly to start 2016 in a risk off sentiment. Shanghai Composite Index led the global index selloff with the catalyst being the PBOC (People’s Bank of China) setting a much weaker than expected Yuan fixing from 6.49 to 6.56 through Thursday in the first week of 2016. Below is the weekly market performance of global equity market as of Jan 8, 2016 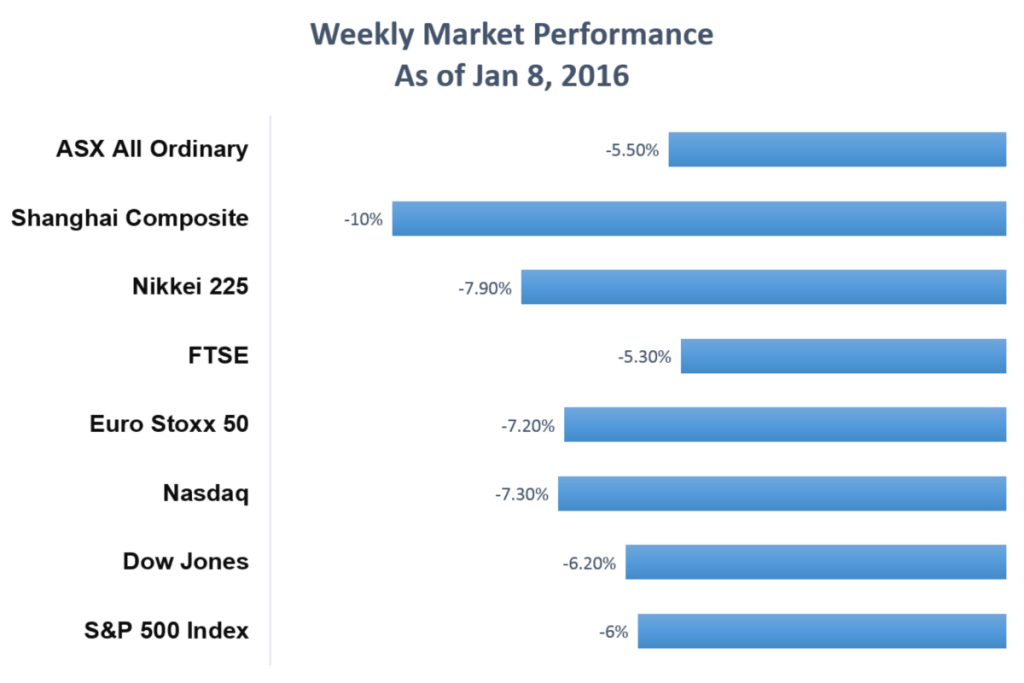 By setting a much weaker than expected Yuan fixing, the PBOC may be speeding up the currency depreciation. Chinese Yuan depreciation is being seen as a negative catalyst for the equity market as this may imply China’s economic growth deceleration and also liquidity concerns on capital outflow. Last week, China market had a daily decline over 7%, triggering the circuit breaker twice in 4 days.

Another alarming development is China’s net selling of Treasuries in 2015. China is the biggest overseas creditor to the U.S and it has pretty much bought and hold Treasuries until 2015 as the chart below from Bloomberg shows. 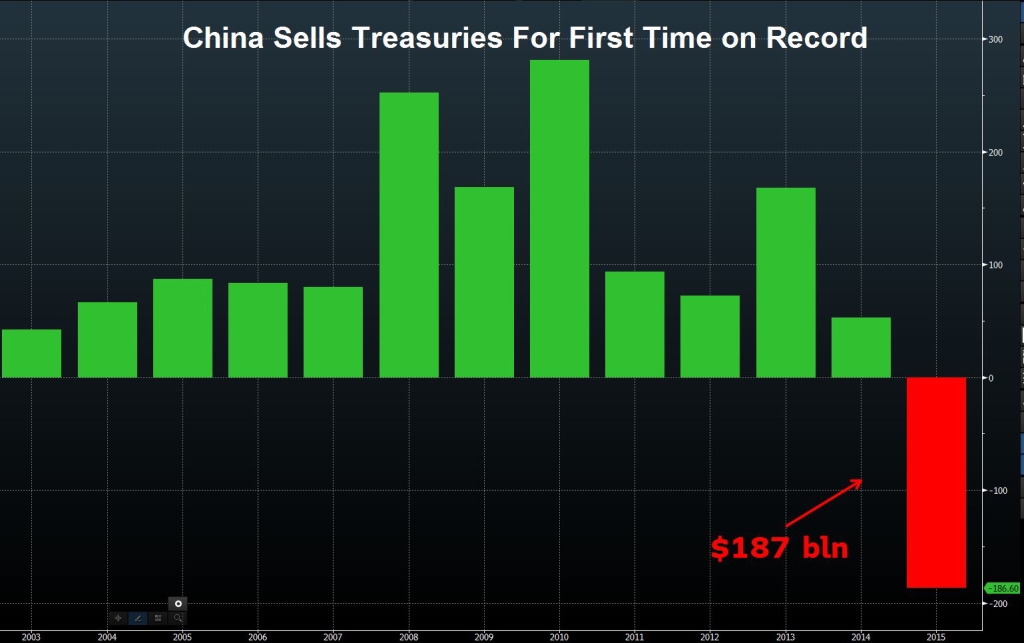 The hundreds of billions sales of Treasuries in 2015 is a bid from China to support the economy and stem capital flight, as overseas investment that fueled the country’s boom in the past two decades left the country. In December of last year, the PBOC also burned a large amount of its foreign-exchange reserves to maintain Yuan within the range. The combination of a big drawdown in reserve and more-than-expected weakening of the Yuan suggests that the slowdown in China can be worse than anticipated and drag down the rest of the world. Looking forward, global asset market may continue to react negatively until the size of the Yuan depreciation becomes clearer.

Looking around the market, three World Indices namely IBEX, SPX500 and Shanghai Composite all bottomed in August 2015. IBEX has already made new lows below 2015 low, the rest of the Indies also looking heavy and the distribution in Shanghai Composite Index has turned negative and is calling for more downside to come. 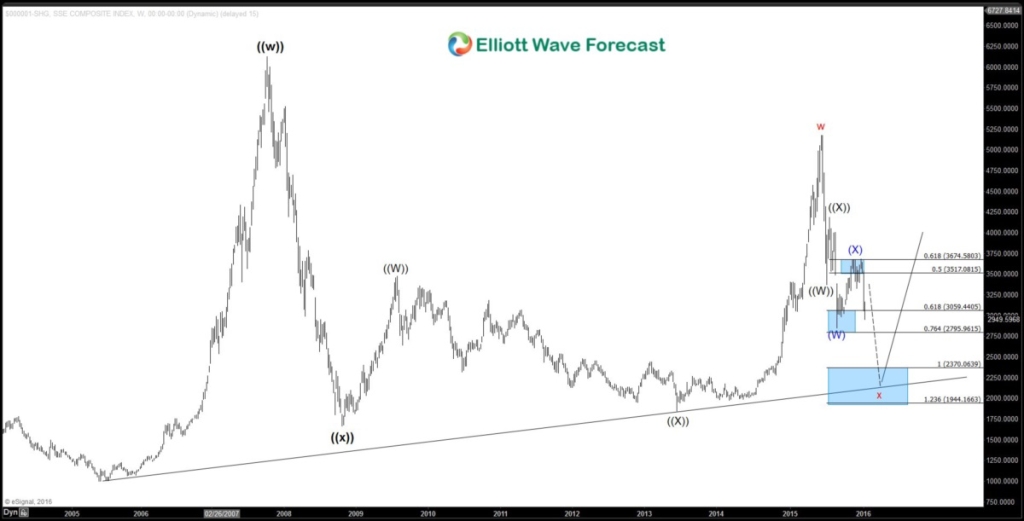 If SHCOMP is going to have more downside, it is safe to assume that other World Indices should also remain heavy and the move lower which started in 2015 is not over yet.  We can also calculate approximate percentage of the correction. If Shanghai Composite will move towards 2370, that will be a 33% correction from last year’s closing value. This doesn’t mean that other indices will also correct 33% as Shanghai Composite has a bigger volatility, but this suggests that global indices should be on track to do the biggest correction since 2009 and should correct in the double digit territory in 2016.

How EWF can help you

Knowing the general direction is not enough in trading. Financial market does not move in a straight line. Even in a very bearish / bullish market, there will be strong correction along the way. More important therefore is the correct trading execution, that is trading in the right inflection areas with a logical entry and defensive plan. You can be right in the direction, but wrong in timing and position size (too overleveraged) and still lose money. EWF can help in this regards with smaller time frame charts to provide a clear inflection area to enter with well defined risk.

If you want to know further how to use this information to trade S&P 500, Eurostoxx 50, or any other global indices (we currently cover 15 global indices), sign in today for a limited 14 days FREE trial to see our Hourly, 4 Hour, Daily and Weekly Elliott wave chart and find inflection areas to trade.