Royal Gold is an ETF with a higher degree correlation with Gold and might show a path for an expected move higher in Gold into the $2700.00 area. The Symbol shows five swings or waves since the all-time lows, which is a bullish structure. In the Elliott wave Theory, every time five waves or swings appear in the market, the right side is clear. The right side is the one in alignment with the direction of the five swings. Royal Gold can be labeled as five waves off the lows or a nest, which is a bullish sequence. A nest is a series of wave 1-2 and will always anticipate a huge move in the direction of the five swings.

The following chart is a graphical depiction of the nest. We can see the series of I-II until the extension of wave III happens. Knowing when to locate and catch the break in a nest is one of the most profitable trades for Elliott wave traders. 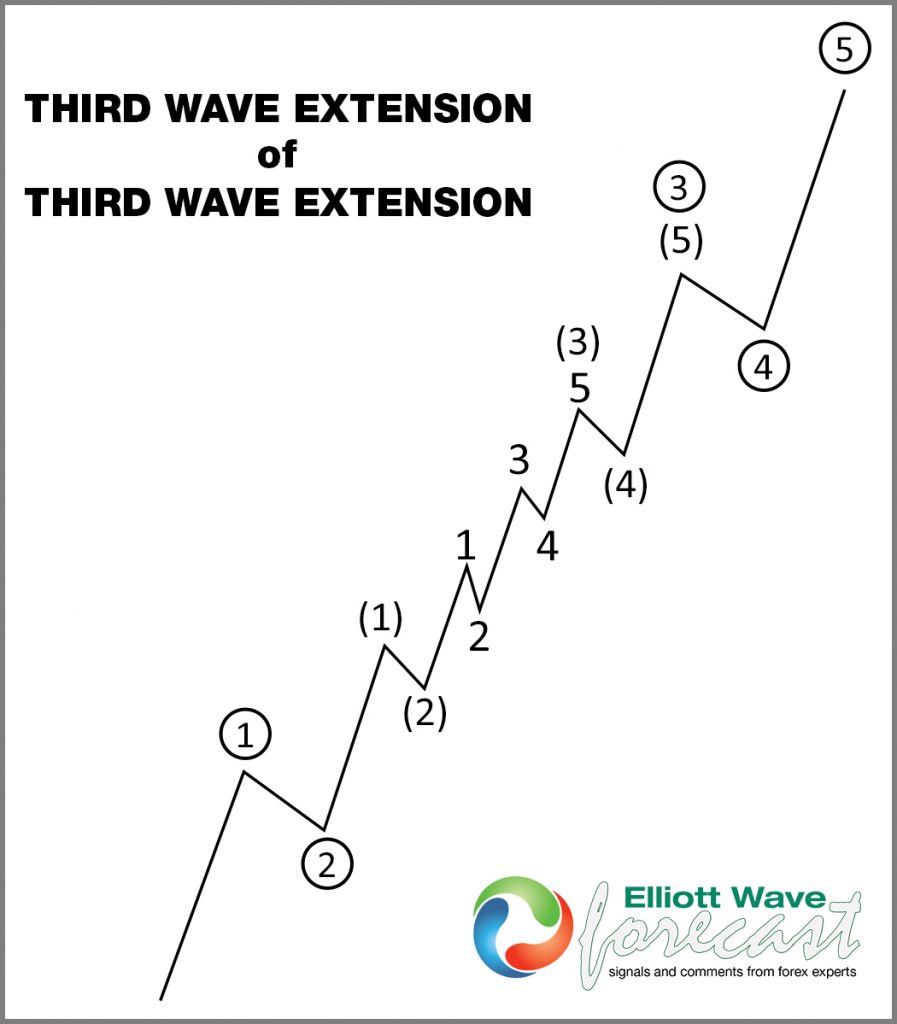 The following chart shows the Grand Super Cycle degree in Royal Gold, which we have labeled as a nest in three different degrees. 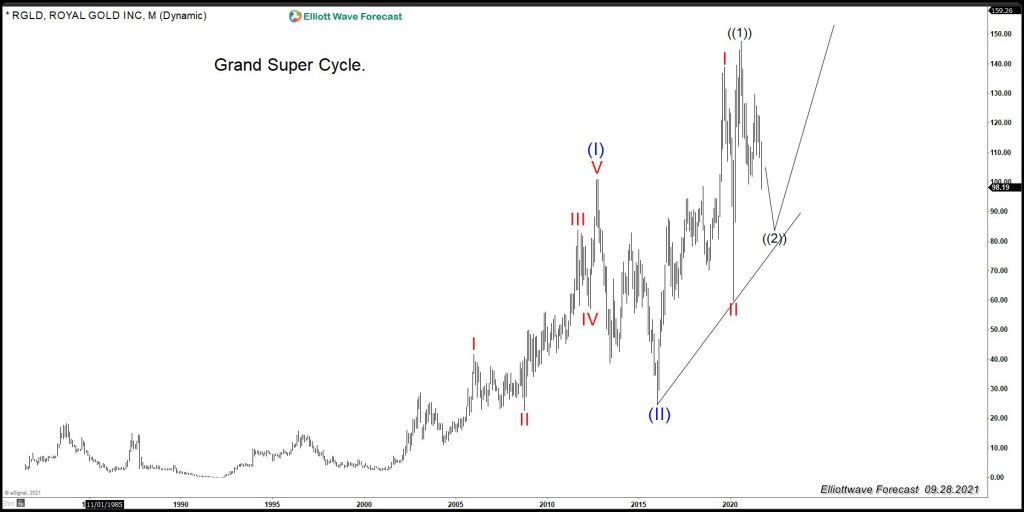 The following chart shows the Daily chart and the proposed ABC lower into the Blue Box area. The symbol ended the cycle since 2020 lows and now is developing the classic zigzag corrective pullback. It shows five waves up from wave wave II and three waves (A)-(B)-(C) pullback, before the trend renews in the direction of the previous five waves. 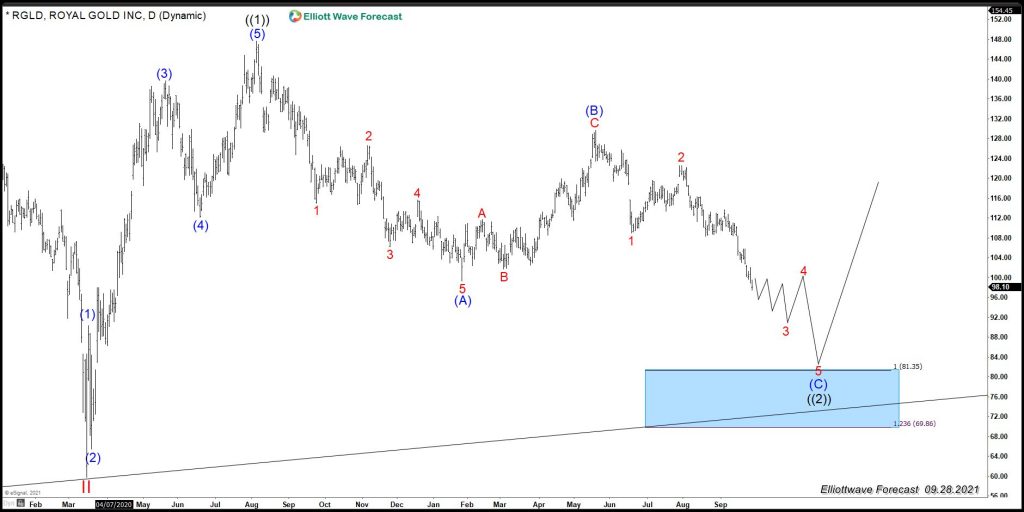 If the most aggressive move ends happening, we might have a huge movement happening in Gold, which will make the Metal reach our long-waited target area at $2700.00-$3000.00. We at EWF always look for correlations to be able to locate the hedging area and consequently the most likely path. Royal Gold shows the timing and possible path for Gold, a unique opportunity into the end of the Year 2021.