In the video below, we take a look and explain the timing cycle of Hang Seng Index from Hong Kong to figure out whether stock market has put in a major top. Hang Seng Index is one of the clearest structures in the market that we can study to learn about the potential duration and degree of the correction in the world indices. Since Hang Seng Index has a good correlation with other major world indices, it’s helpful to properly understand Hang Seng to establish the current state of world Indices 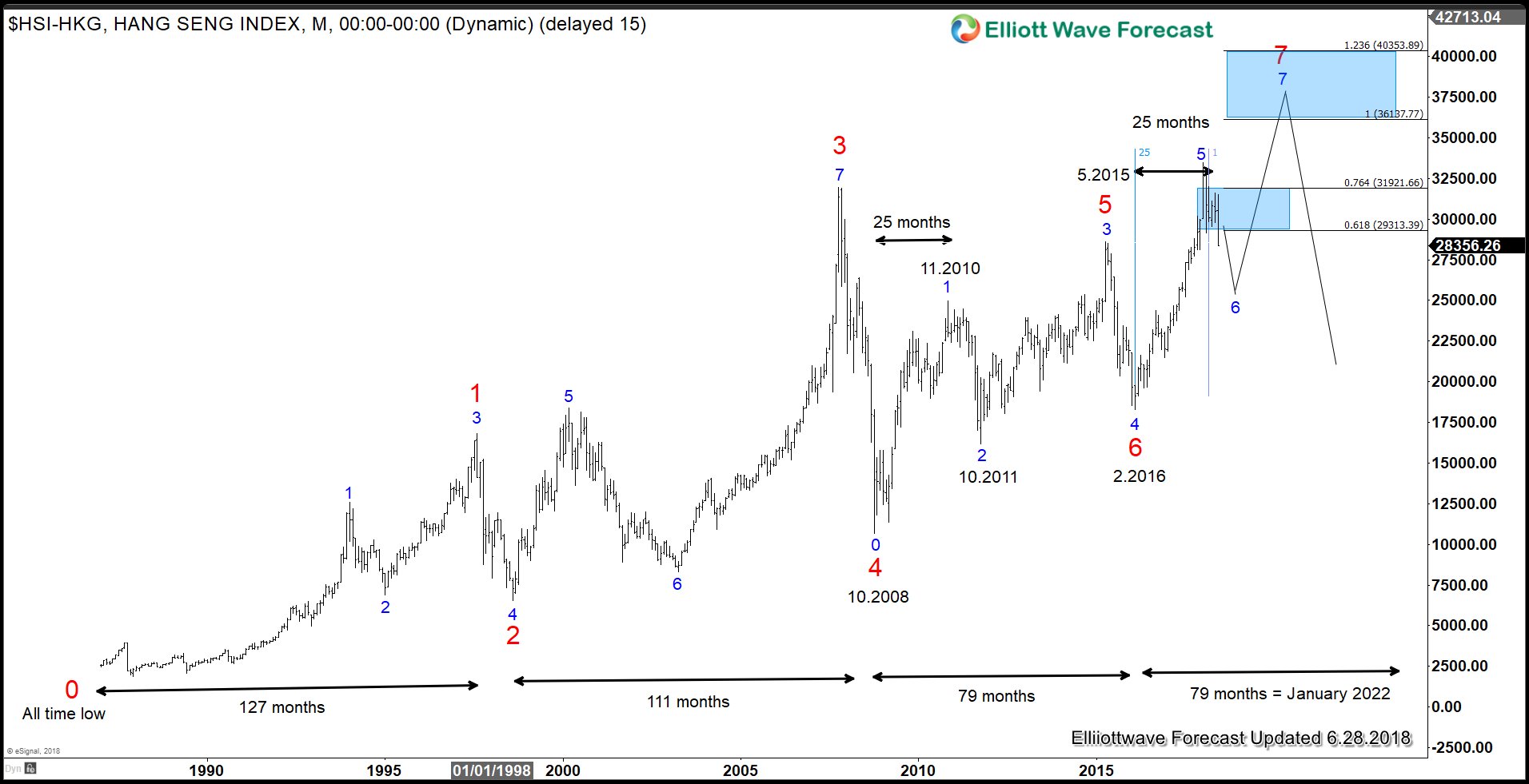 If Hang Seng follows this pattern and the correlation to other world Indices remains positive, there’s a possibility that we could see correction in world Indices in the second half of the year. However, looking at the longer term, the sequence remains bullish. World Indices should continue to be supported against 2016 low for more upside.

Market has finally started to move. If you’d like to take advantage of the volatility, join us as a member. Take the 14 days FREE trial and get access to Elliott Wave charts in 4 time frames, live trading room, live session, and more. Click here to start your trial –> 14 days FREE trial