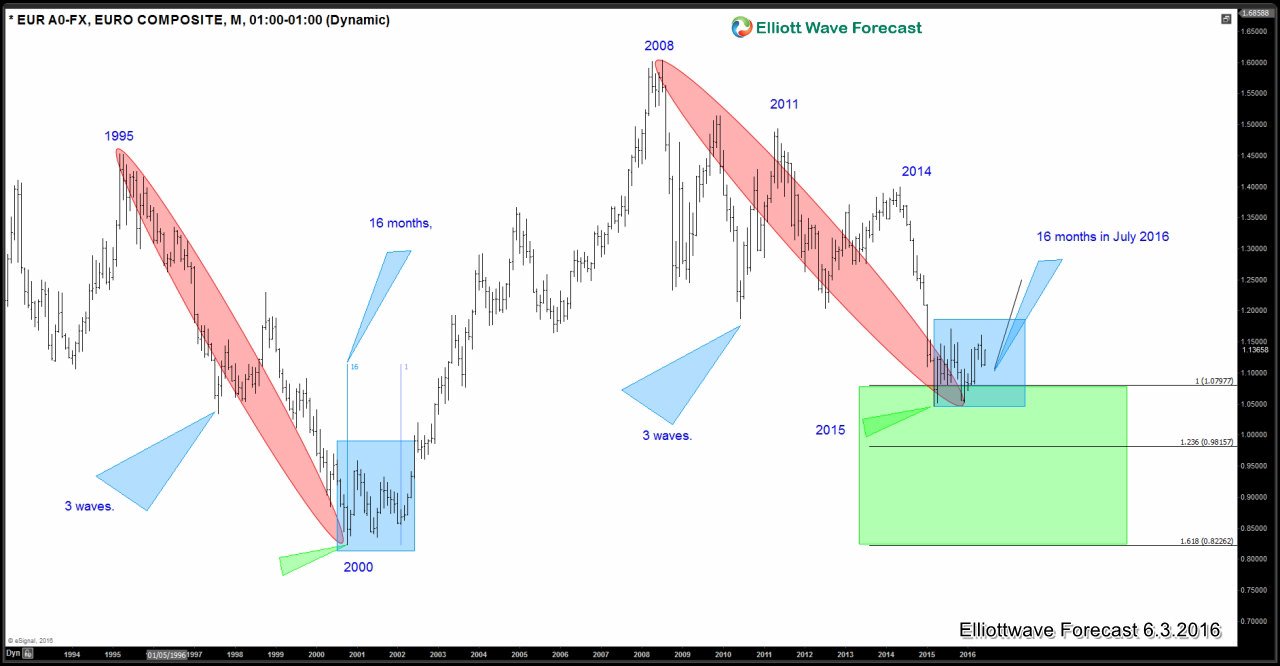 Secondly, after forming a low in 2000, EURUSD consolidated for 16 months before starting a powerful rally to the upside. In July 2016, 16 months would have passed since the low in March 2015 was seen. Could the history be repeating itself? That remains to be seen but we do know that the monthly swing sequence in $EURUSD is bullish and even if it makes another low below March 2015 low, the sequence would remain bullish. We have highlighted and explained these similarities in the video form as well that you can watch below.

We hope you enjoyed this blog. If you would like to see our preferred Elliott wave path from here and also like help in navigating the shorter cycles to look for trading opportunities, sign up for your Free 14 day Trial here.

Watch Eric Morera’s interview about EURUSD conducted by Dale Pinkert in May 2015 here.