Volatility in India stocks spiked higher last week as panic set in the nation’s financial shares and dragging down Bank Nifty and other benchmark Index. Investors confidence remain fragile after the recent default by IL&FS (Infrastructure Leasing & Financial Services). Then last Friday, India’s central bank rejected the tenure extension of  Yes Bank’s Chief Executive Officer. Yes Bank (OTC: YYBKY) plunged 29% on the news and hit the lowest level since 2016, dragging other major India benchmark. Dewan Housing Finance followed along and saw its stocks falling by 43%, the steepest on record. At one point during the day, Dewan fell as much as 60%. The panic was triggered by investor’s speculation that the debt default by IL&FS may spread to other lenders.

Sensex benchmark equity index experienced the most volatile intraday move in more than four years. It swung from 1% gain earlier in the day to a drop of 3% before ending the day down 0.8%. 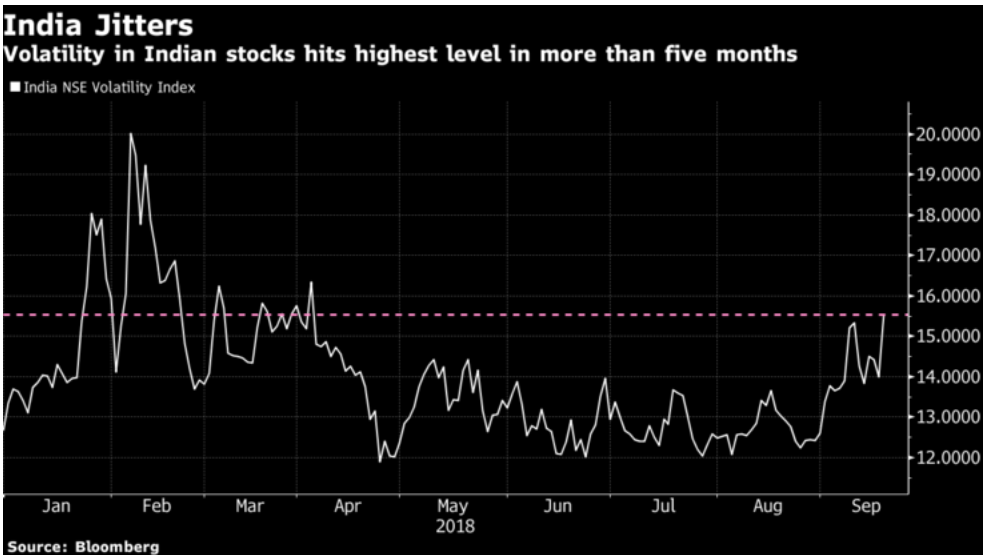 Some investors are speculating that the RBI (Reserve Bank of India) may tighten rules for housing finance firms after a loose policy led to the increase in bad debts. The central bank has taken a tough stance with the private sector banks lately. It has also refused to extend the tenure of Axis Bank’s CEO before.

How does India’s market look like after the carnage in the financial sectors last week? We will use Elliott Wave to see if there’s any significant technical damage to the Bank Nifty Sector Index. Bank Nifty represents the 12 most liquid and large capitalized stocks from the banking sectors which trade on the National Stock Exchange (NSE). 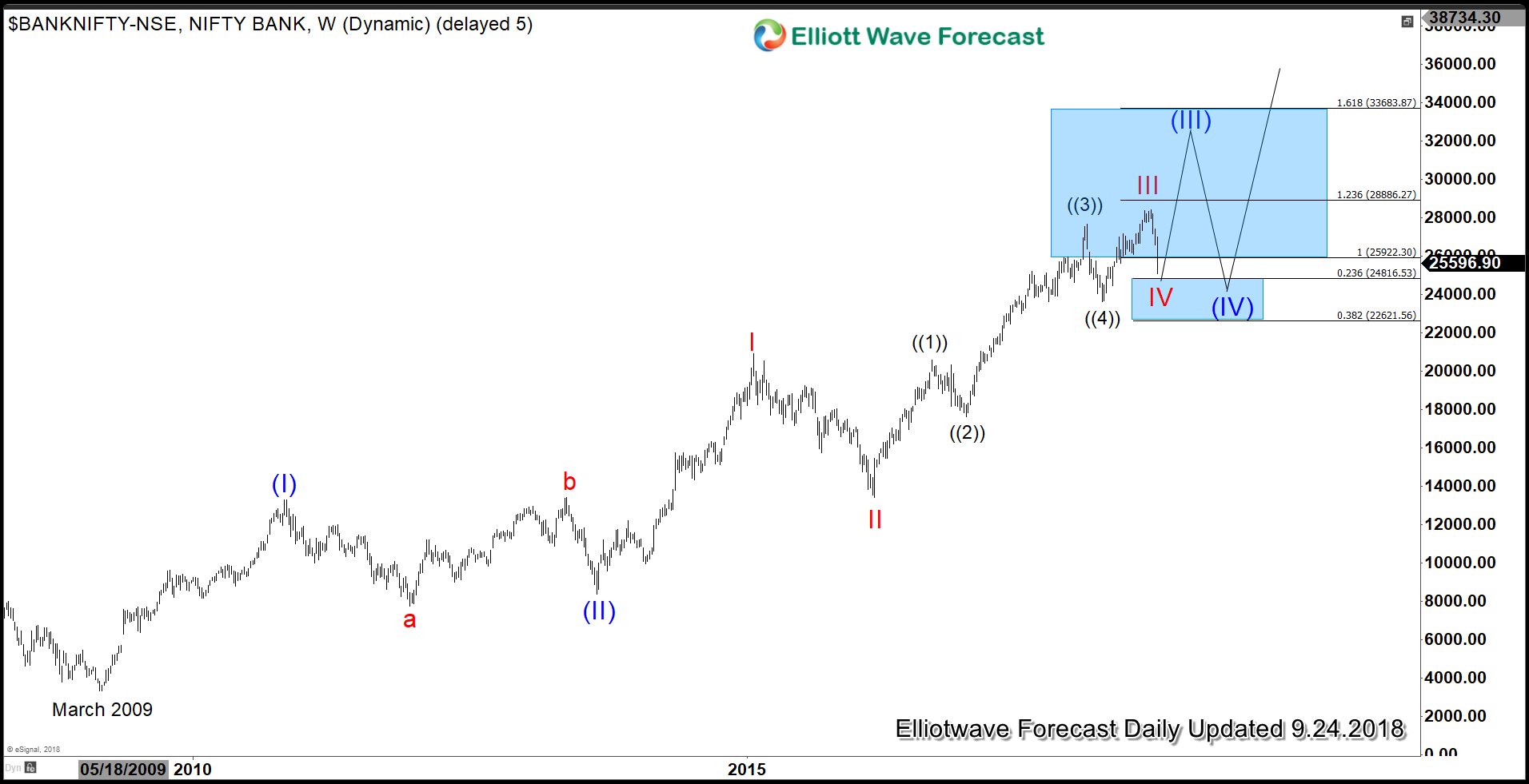 The selloff from Yes Bank, which is constituent of the Bank Nifty therefore hasn’t dramatically changed the outlook of the Bank Nifty, and we still expect dips to be supported in 3-7-11 swing. 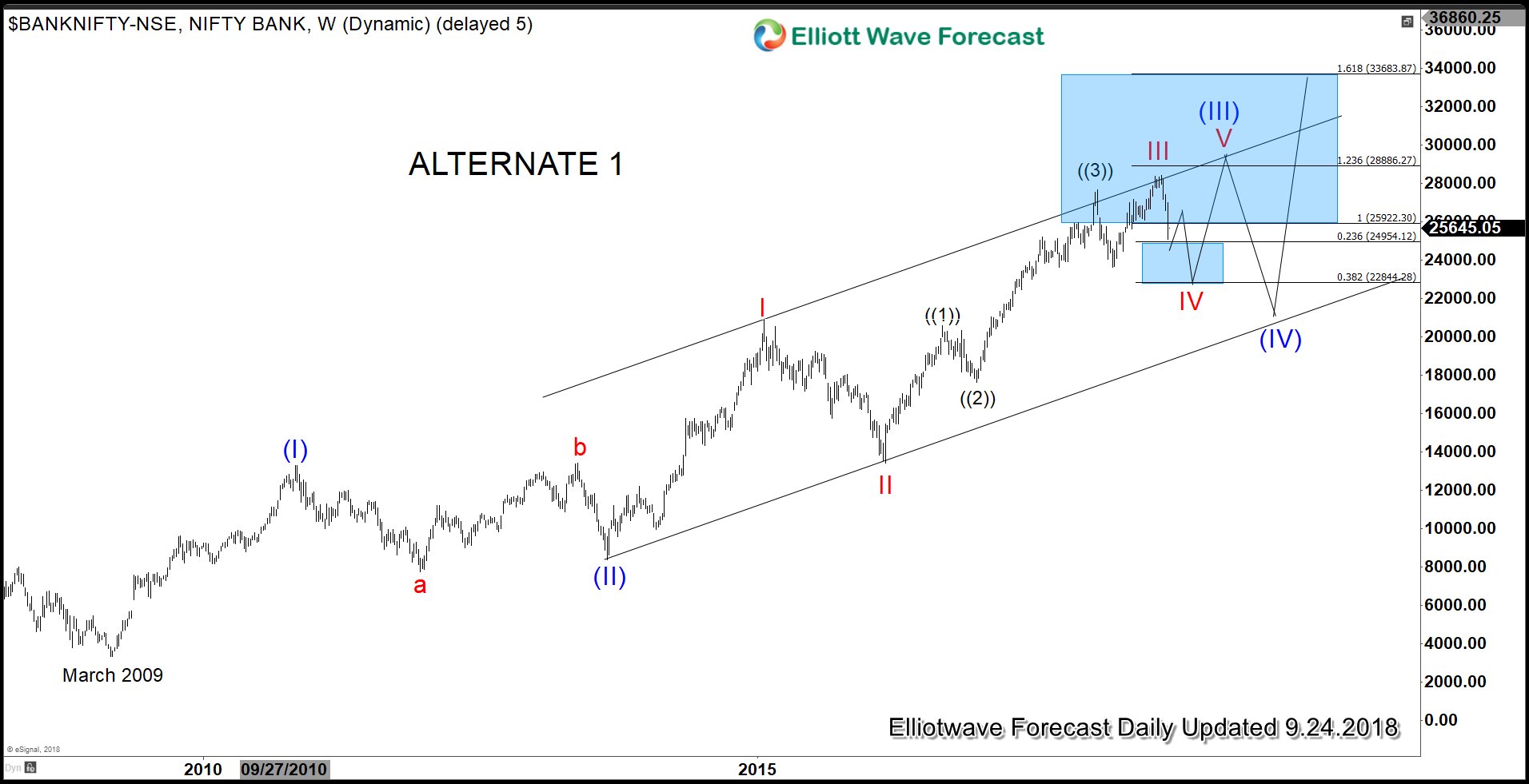 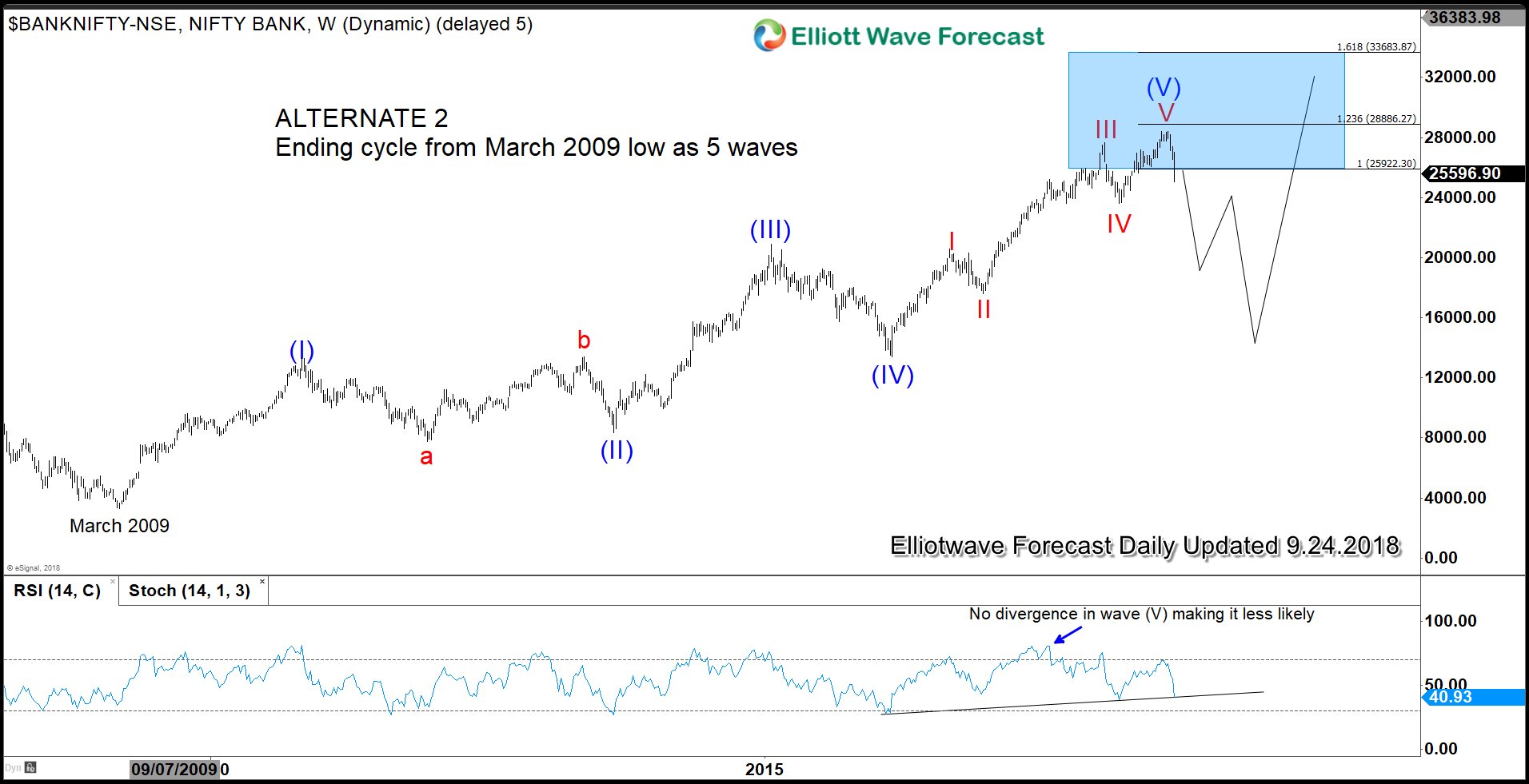 The second alternate view is calling cycle from March 2009 low ended as 5 waves. In this scenario, the Index can see a larger 3 waves pullback to correct the entire rally from March 2009 low before the rally resumes. This is the most bearish view but looking at the Relative Strength Index (RSI), we observe that there is no divergence between proposed Super Cycle wave (III) and (V) in this count. Thus, as wave 5 in impulsive structure usually has a divergence with respect to wave 3, this view therefore is least favored.