Hello fellow traders.  In this technical blog we’re going to take a quick look at the Elliott Wave charts of SPX, published in members area of the website.  Back in December 2018 we were calling cycle from the 21st September 2018 peak still unfinshed to the downside. Our Elliott Wave analysis were calling for more weakness toward extreme zone 2478.23-2270.42 ( Blue Box).  As our members know, Blue Boxes are no enemy areas , giving us 85% chance to get a bounce. Consequently we expected larger bounce to happen to correct the cycle from the September’s peak at least. In further text we’re going to explain Ellott Wave Analysis

The cycle from the peak has been unfolding as Elliott Wave Double Three Pattern. We’re now in third leg down from the September’s peak that has scope to reach Blue Box area at 2478.23. As far as pivot at ((X)) high holds, proposed extension down should follow. Once the indexe reaches 2478.23-2270.4 Blue Box area, sellers will be taking profits and buyers should appear for larger 3 wave bounce at least. 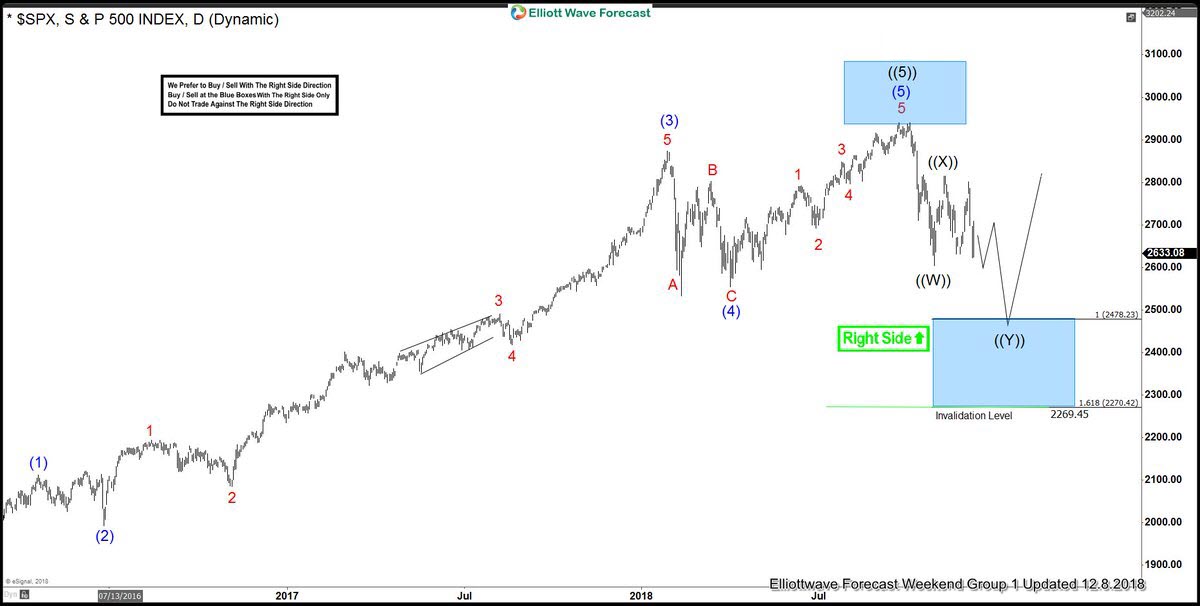 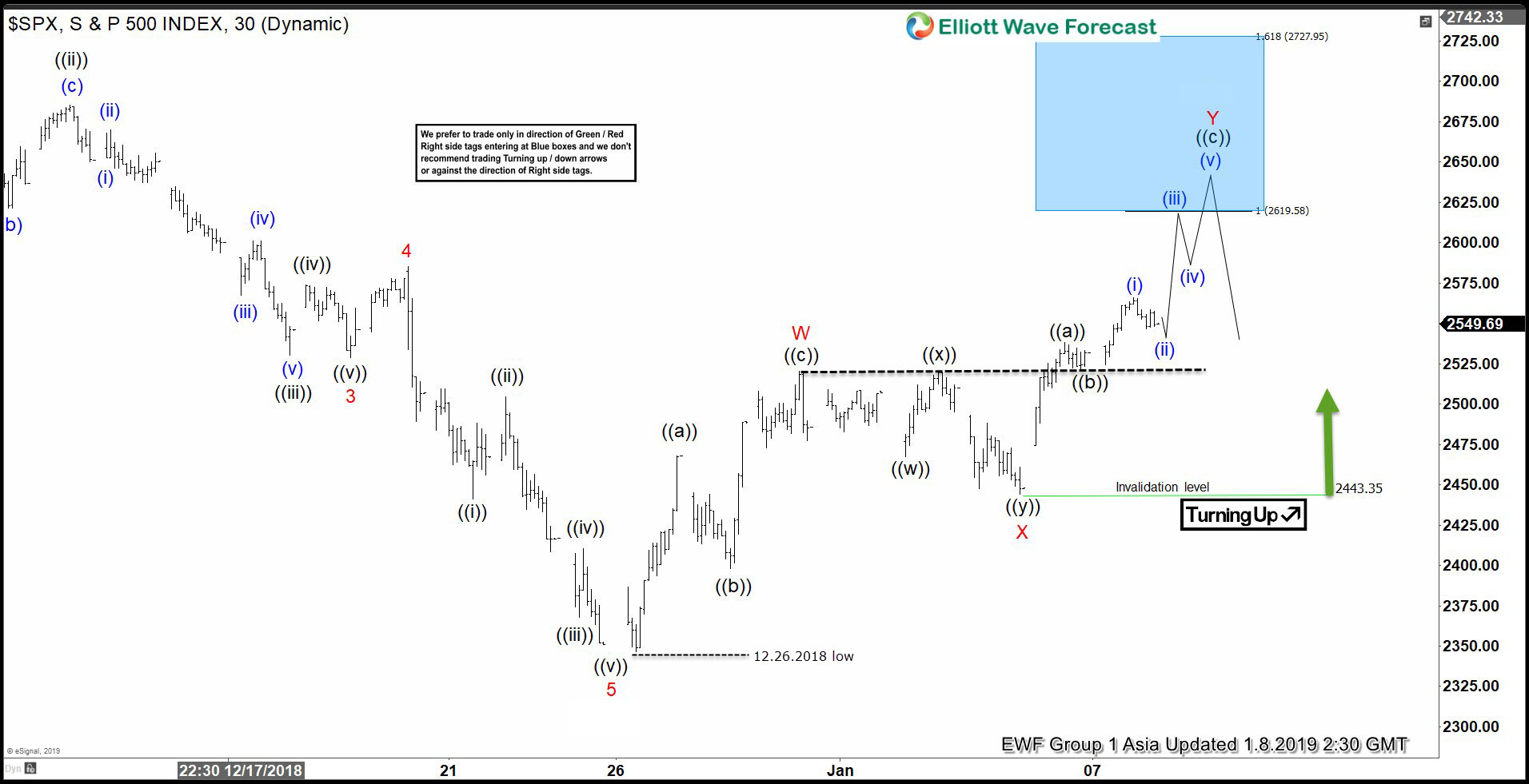 At this stage SPX is reacing blue box from the previous charts, however cycle from the December’s low can still remain in progress as Triple Three.  We expect more short term strength due to incomplete incomplete bullish sequences in DAX, IBEX and JPY pairs. 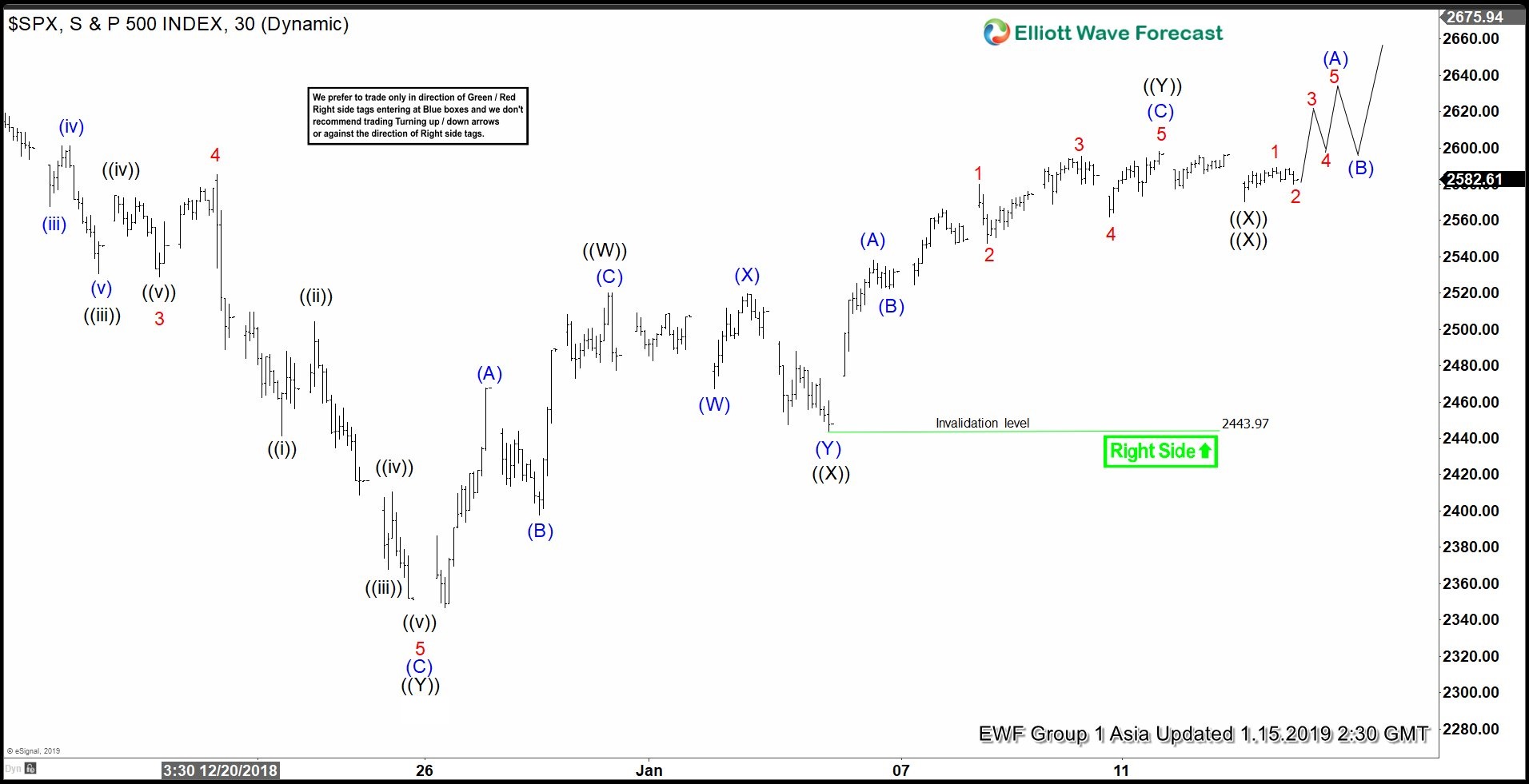 Note : Some labelings have been removed from the chart in order to protect. At this stage we see possibility that SPX has ended the cycle from the December’s low and SPX is not recommended for buying at the moment.  Keep in mind that market is dynamic and presented view could have changed in the mean time.  You can check most recent charts in the membership area of the site.

Best instruments to trade are those having incomplete bullish or bearish swings sequences. We put them in Sequence Report and best among them are shown in the Live Trading Room.