Since bottoming on March 2020 low, Silver Miners ETF (SIL) has continued to extend lower to correct the cycle from March 2020 low. The correction looks to be in the form of a double  Below is what a double three structure looks like: 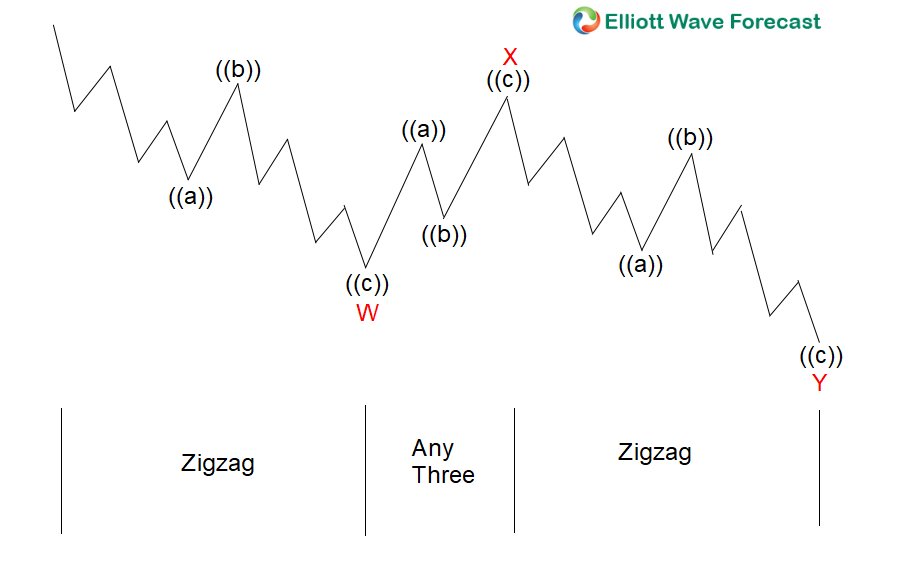 A double three is a 3-3-3 structure, labelled as WXY. The first leg wave W and the third leg Y both subdivide into 3 corrective waves. The subdivision of each leg can be either zigzag, flat or another double three but in lesser degree. We can see the double three correction in the daily chart of Silver Miners ETF (SIL). 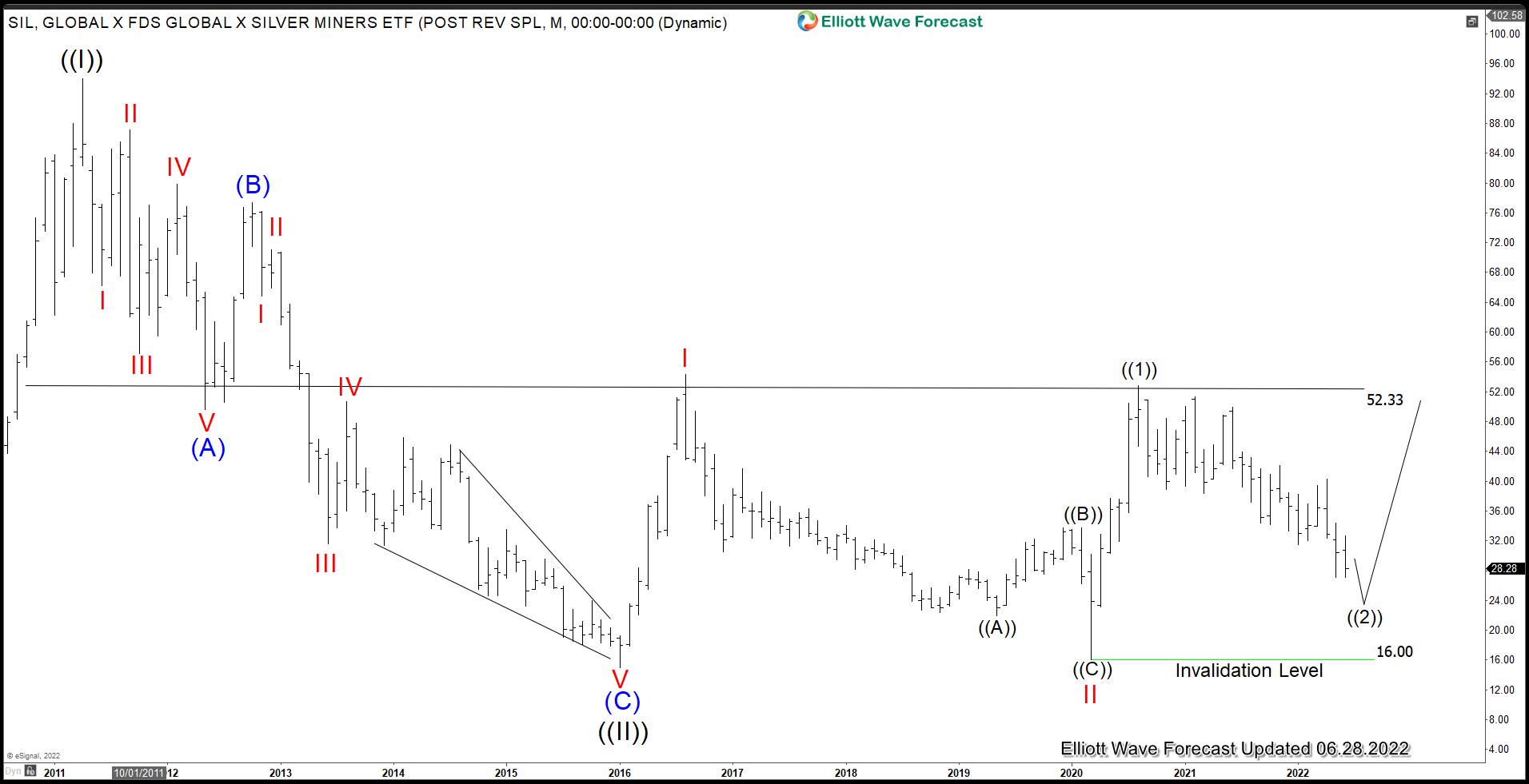 Silver Miners ETF (SIL) Monthly Elliott Wave chart above shows that the ETF is correcting cycle from 3/16/2020 low i wave ((2)) before it resumes higher. Further downside still can be seen in the near term but as far as pivot at 16 low stays intact, expect the ETF to extend higher again soon. 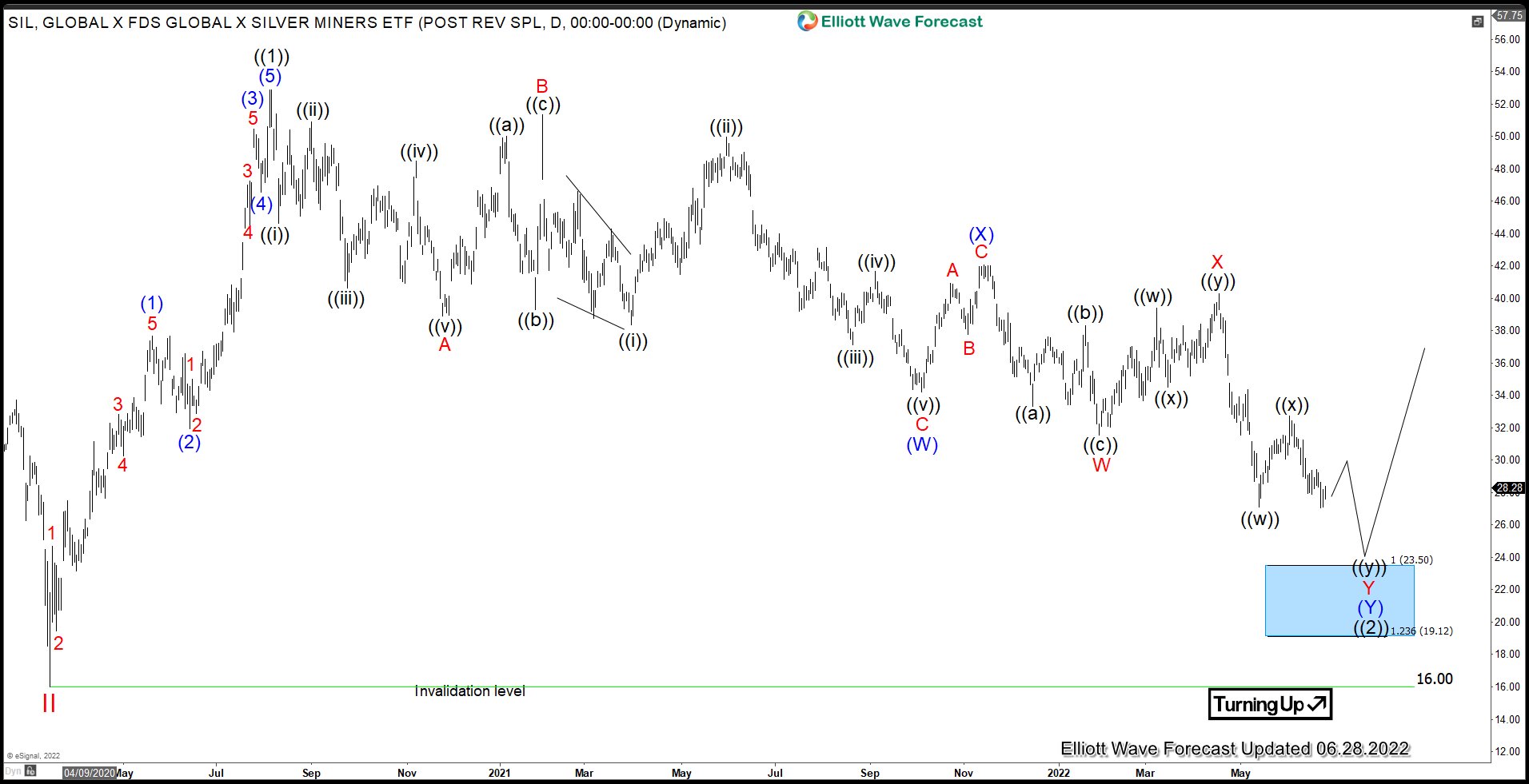 If you want to get further updates in ETF, stocks, Indices, forex, and commodities, feel free to take trial here –> 14 days Trial