Nifty Midcap Index has dropped from a high of 5387 to close at 4622.85 on Friday losing 14% in the month of September 2018. In this article, we will take a look at the Elliott Wave view to determine whether Index has found a peak and now turned bearish or at least started a larger correction or if the larger trend is still  up and this dip is another opportunity to buy. 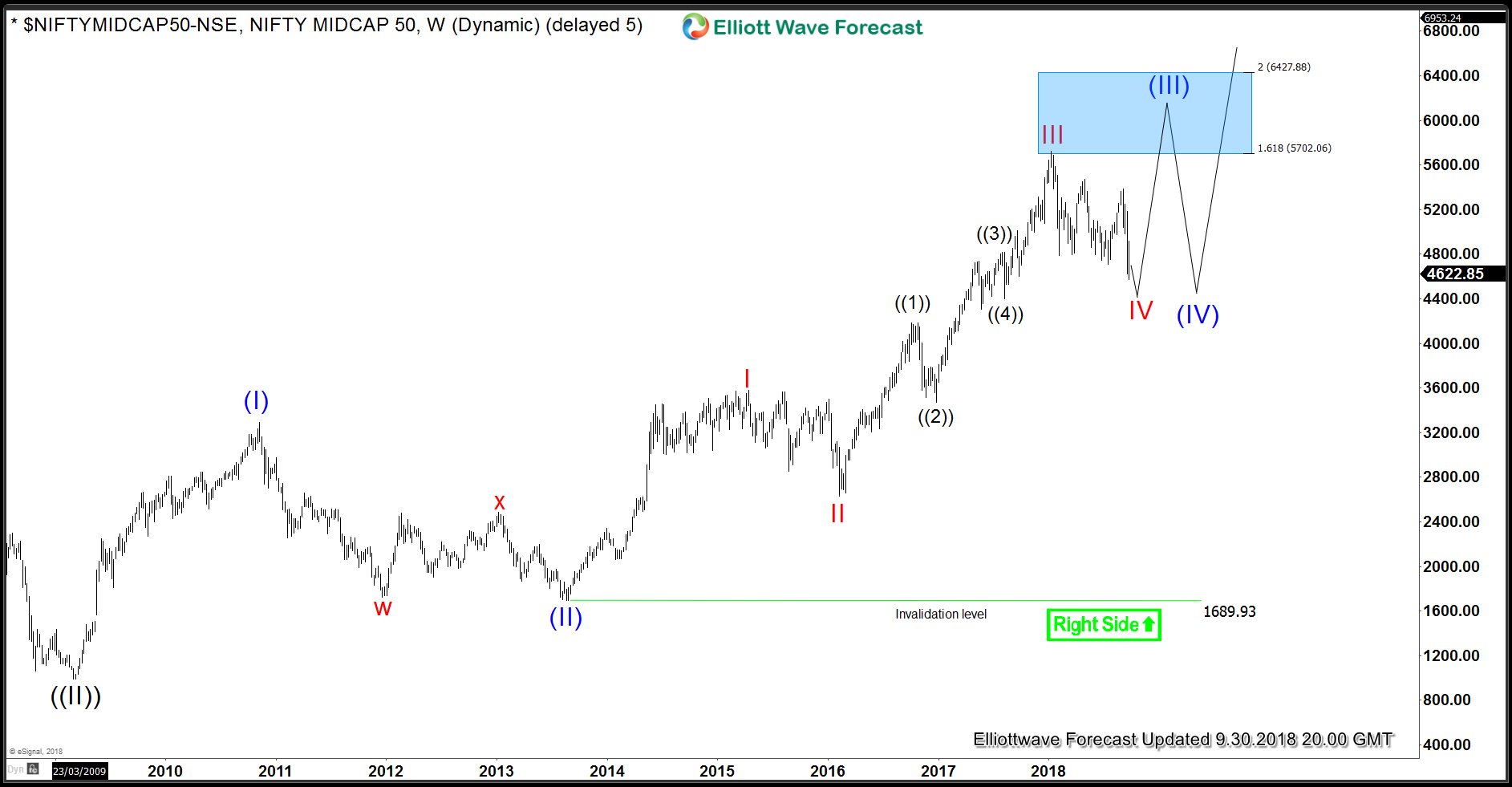 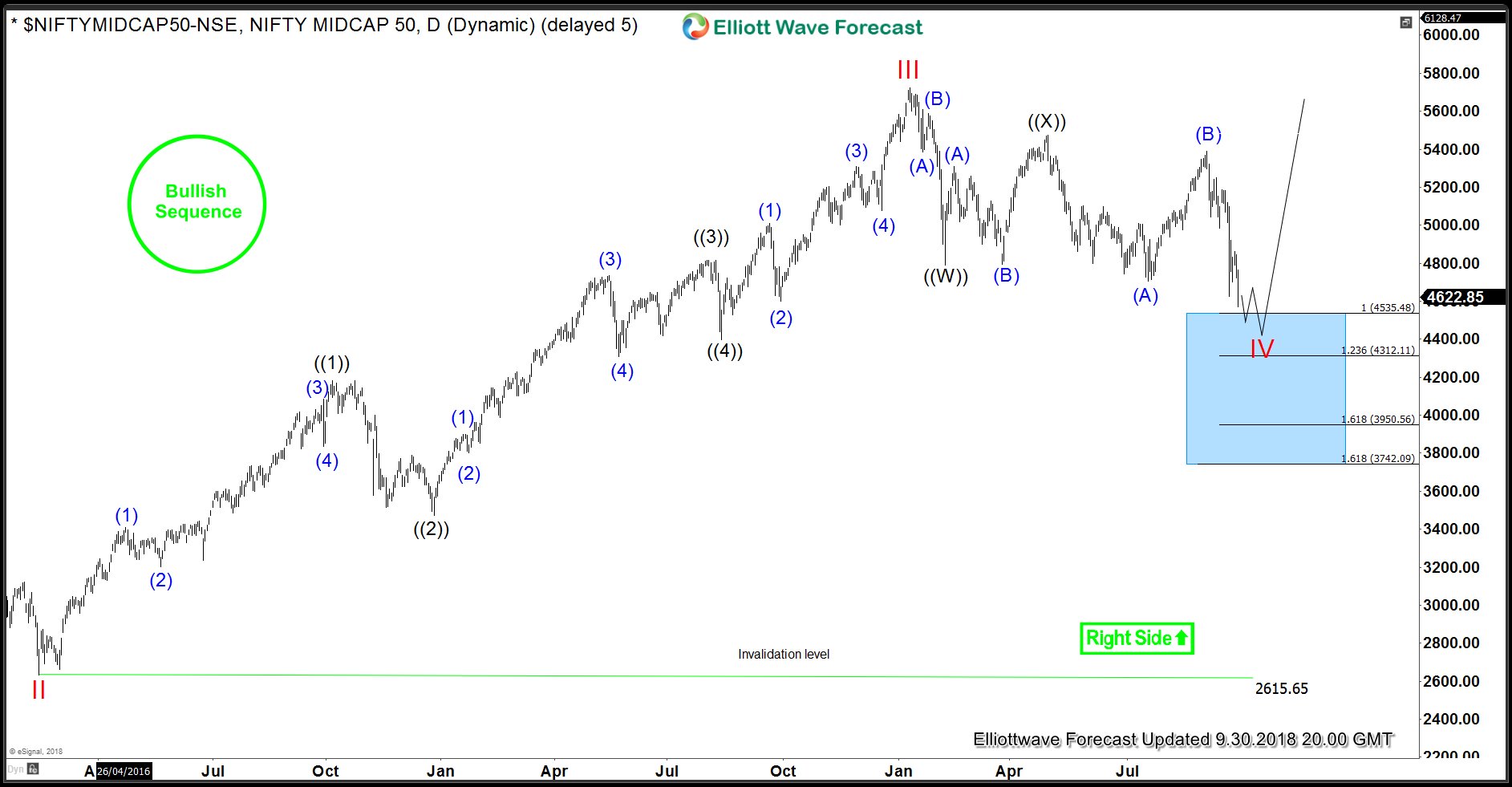