Expect Index to pullback in Minute wave ((iv)) in 3, 7, or 11 swing to correct the cycle from 9595.50 low before the rally resumes higher again for 1 more leg in Minute wave ((v)) of A. Afterwards index should pullback in Minor wave B to correct the cycle from 9449.06 low in 3, 7 or 11 swing before another extension higher. We don’t like selling the Index and expect buyers to appear after Minute wave B pullback is complete provided the pivot at 9449.06 low remains intact. 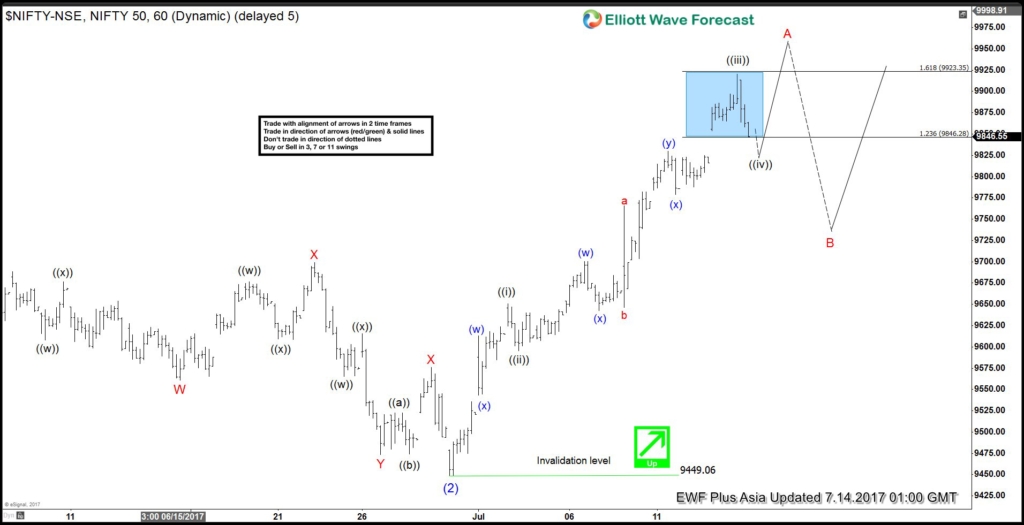