Cameco (CCJ) is a Canadian-based providers of the uranium fuel, refining, conversion, and fuel manufacturing services. It’s the second largest uranium producer with 18% of the world production. It operates uranium mines in North America and Kazakhstan. As a key component of nuclear energy, uranium can continue to rise higher as the world looks for alternative energies. Amidst soaring oil, gas, and electricity prices, nuclear power points are making a comeback. In addition, the European plan to wean off from its dependence on Russia’s oil and gas necessitate an alternative placement. Below we will look at the technical chart o fone of the largest uranium companies. 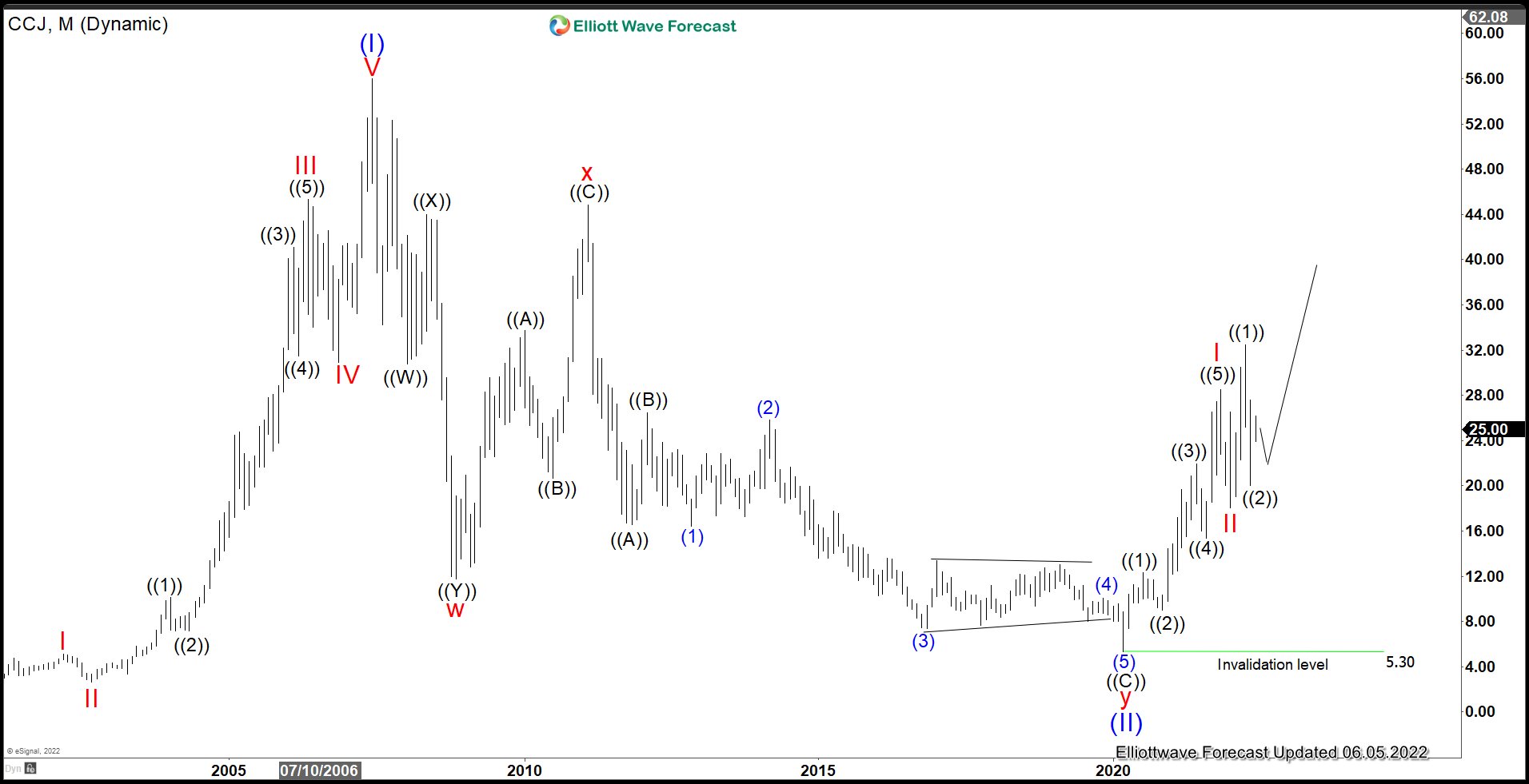 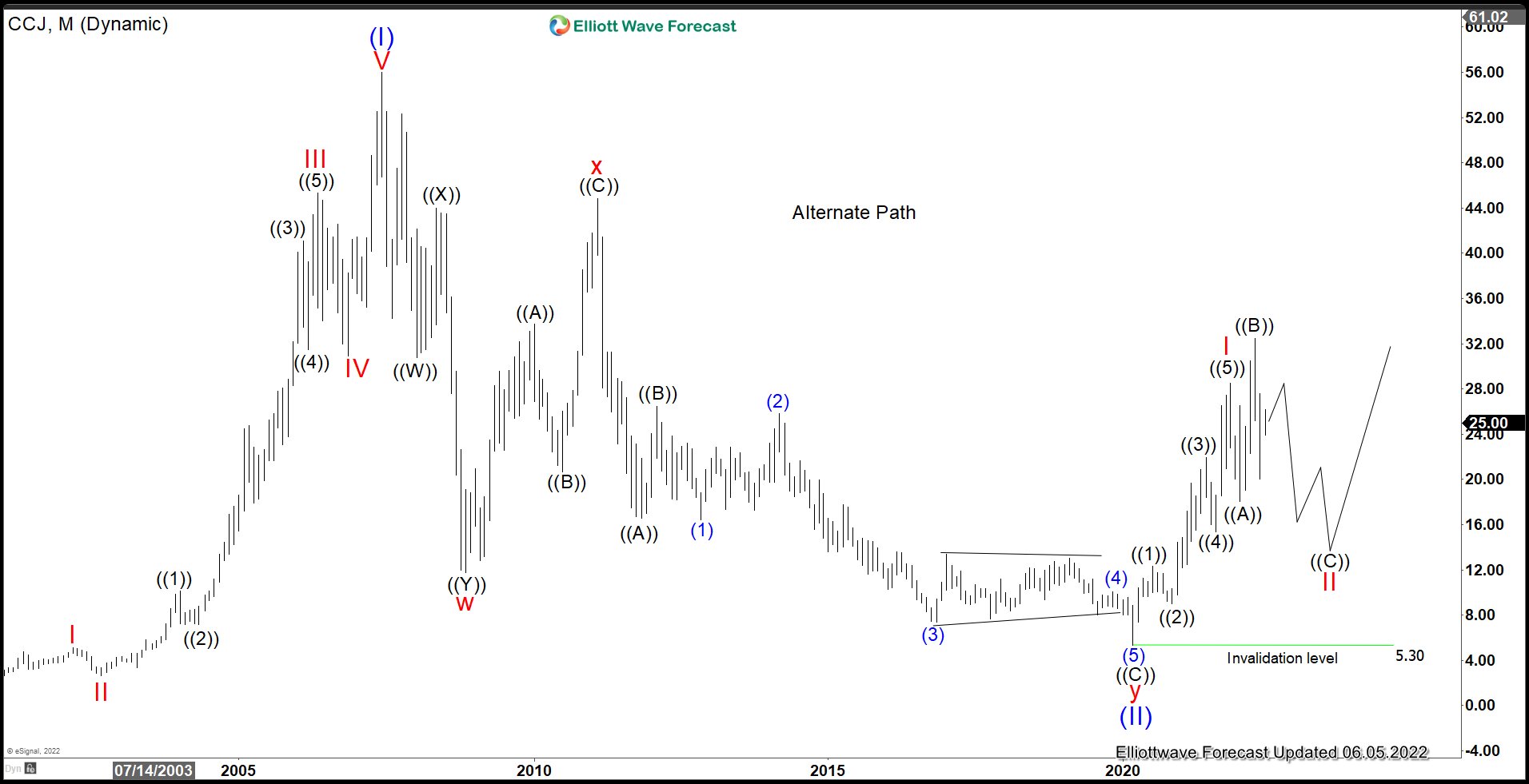 The alternate monthly chart for Cameco above suggests that wave II pullback still remains in progress as an expanded flat to correct the rally from March 2020 low. In this alternate scenario, we should see further downside to end wave ((C)) of II in 5 waves before the rally resumes. As far as pivot at $5.3 low remains intact, expect the stock to continue higher.

Cameco is not part of our regular service. However, we cover a lot of other stocks, ETFs, Indices, forex, and commodities. If you are interested to get a regular Elliott Wave updates on these instrument, feel free to take trial here –> 14 days Trial