(RTTNews) – Microsoft Corp. (MSFT) has unseated Apple Inc. (AAPL) to rank as the world’s most valuable listed company. The software giant ended Friday with a market value of more than $851 billion compared with Apple’s $847 billion. Both companies remain well below the $1 trillion milestone that Apple and Amazon hit earlier this year.

On Friday, Microsoft shares gained more than 0.6% to close at $110.89, while Apple shares finished at $178.58, down about 0.54%. Apple’s shares have fallen almost 25% since October amid concerns about slowing smart phone demand and the possibility of additional US tariffs on Chinese-made goods. Microsoft’s ascension to the most valuable company would be its first return to the top spot since 2002. Apple has held the No. 1 spot as most valuable company since 2012, when it unseated Exxon. 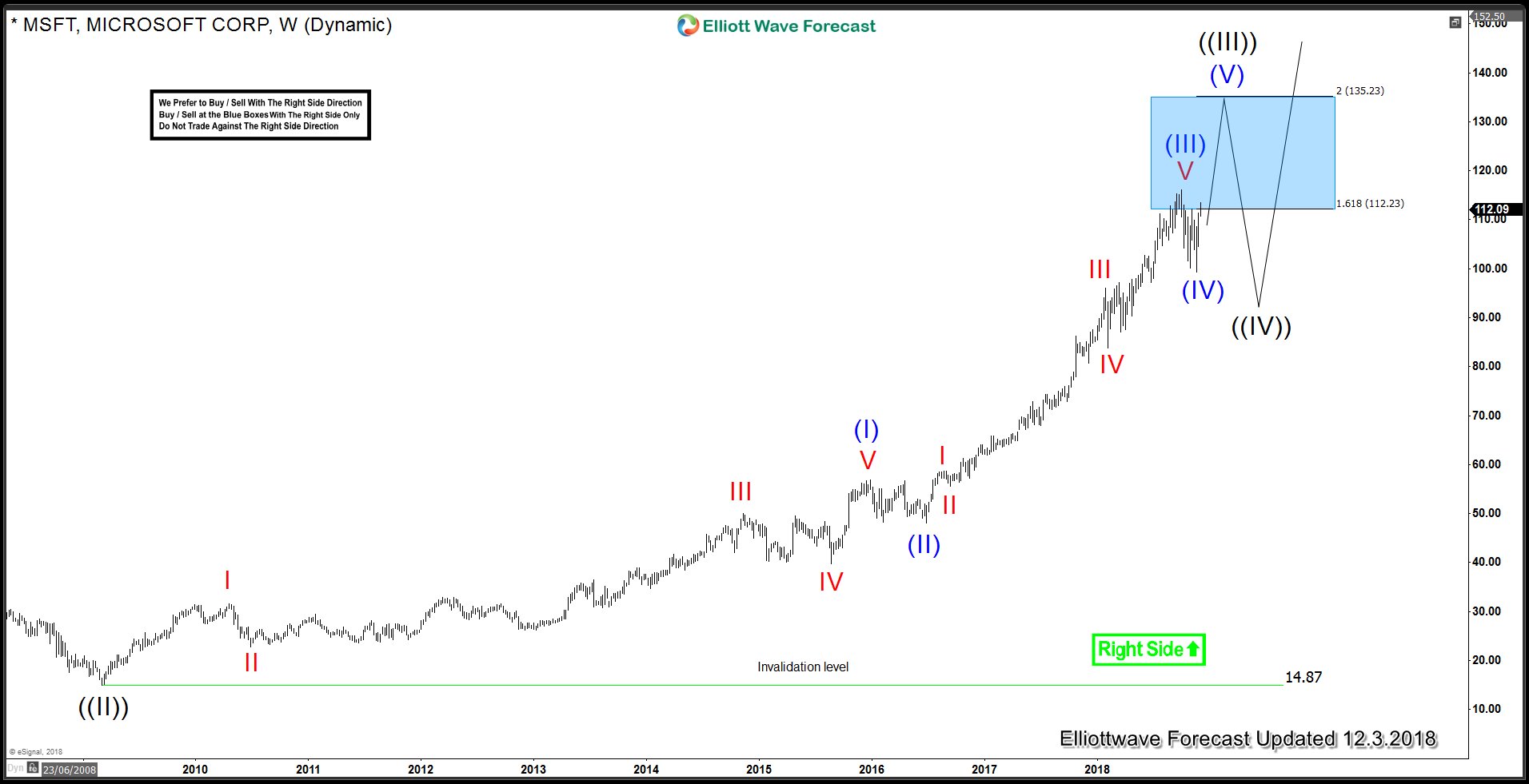 Daily chart analysis suggests stock has completed a double three Elliott wave structure down from 116.18 to 99.35 and strong reaction higher suggests wave (IV) pull back has completed at 99.35. Up from there, wave I is closed to completion and after that, we should see a pull back in wave II to correct the rally from 99.34 low before we see further extension to the upside in red wave III of blue wave (V). 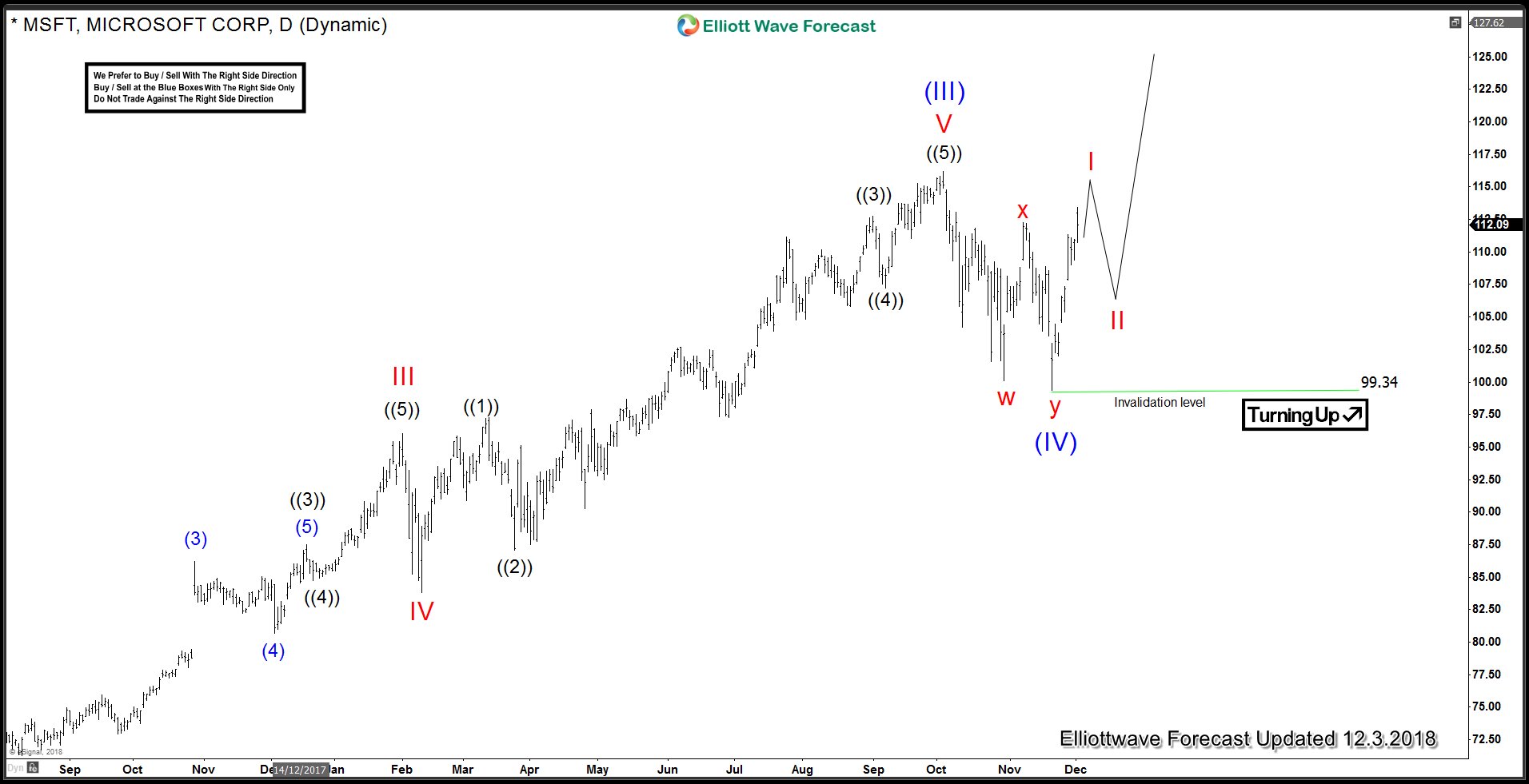 Alternate view suggests that impulsive rally from 99.35 low is part of an expanded FLAT Elliott wave correction which started on 10/30/2018 (100.11) low and once completed, it would result in another drop below 99.35 low to complete wave (IV) as  double correction before MSFT would have another chance to make new high above 116.18 to complete wave ((III)) grand super cycle.