Microsoft Corporation is of course a very well known organization and has it’s large capitalization stock MSFT listed on the Nasdaq and is a component of the Dow Jones Industrial Average, the S&P 500 as well as the Nasdaq 100. In March 1986 the initial public offering price was $21.00 per share.  After many stock splits over the years each original share would now be 288 shares. After price has now been adjusted for splits reflected on the chart, this brings the original issue price to 9.7 cents roughly. Why that has any importance one might ask. On the weekly chart that leg up from the IPO in 1986 topped out at 59.97 on 12/27/1999 . Afterward the stock took the hit lower with many other equities instruments for about a year then after trading sideways several years put in a major low with the majority of other equities around that time on 3/2/2009. Measuring a trend extension beginning at the aforementioned 9.7 cents equivalency of the original IPO price up to the 1999 peak then down to the 2009 lows projects an equal legs area near $75 and a 1.236 extension at the $89 area. I wanted to make note of that as it is a huge technical area regarding the longer term. This area should be surpassed later on presuming the company profitability, balance sheets and this uptrend remains intact. As shown on the weekly chart there is a wave ((5)) equals wave ((1)) target at 64.74 I’d expect reached at a minimum while all dips remain above the 6/27/2016 wave ((4)) lows. Moving on into the daily chart this particular wave ((5)) leg up may become bit rough if it makes a typical Elliott Wave ending diagonal however currently while price remains above the 9/12/2016 lows at 55.61, the internals of the wave ((5)) are projecting this leg up to break the 1999 highs while ideally reaching the 66.28 plus area.  Thanks for looking and coming to the website and if you like take a free trial subscription of our service and see if we can be of help in your trading. 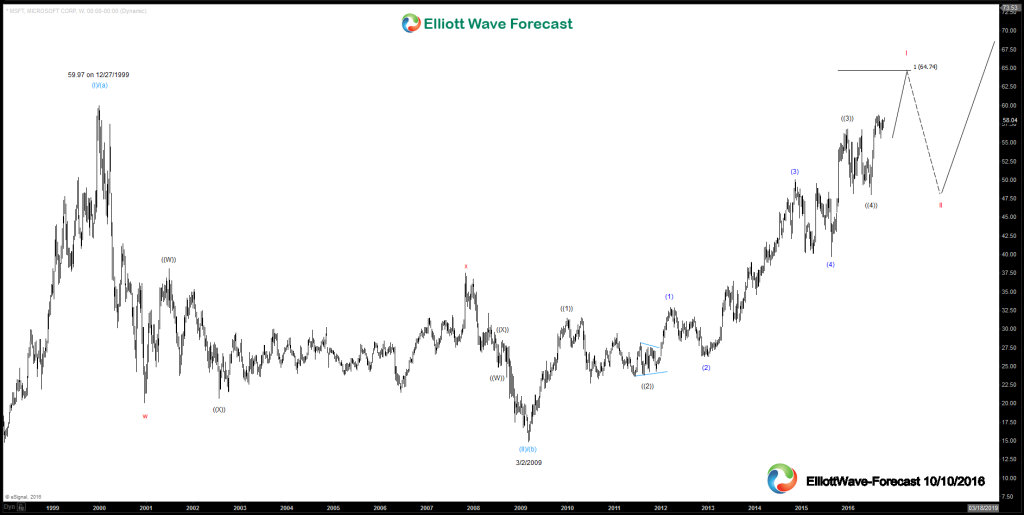 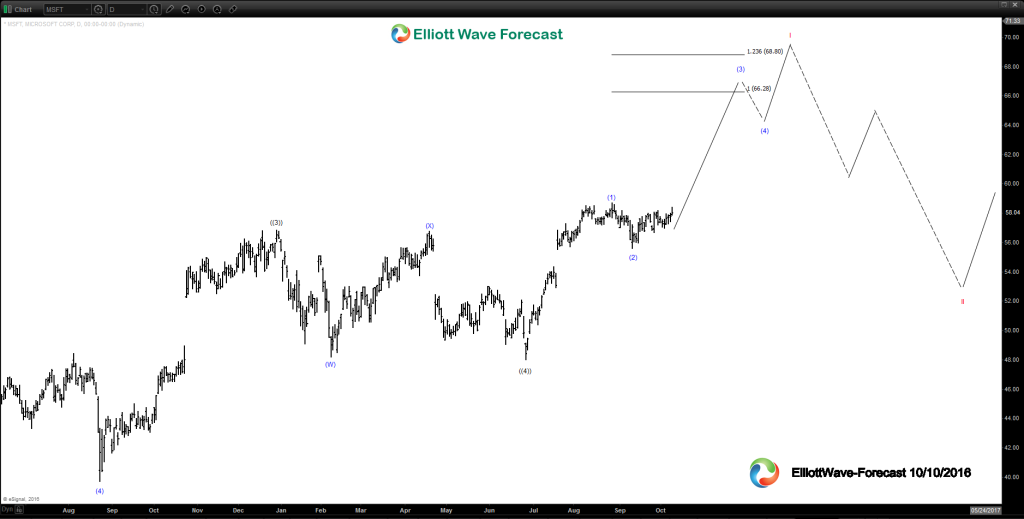