Franco Nevada (ticker: FNV) is a Canada-based company that own royalties and streams in gold mining and other commodity and natural resource investments. The company does not operate mines, develop projects, or conduct explorations. The entire business model of the company focuses on managing the royalties and streams. In the following article, we will take a look at the Elliott Wave count for the company

Monthly Elliott Wave chart for FNV above shows that the rally from all time low is unfolding as a 5 waves impulse Elliott Wave structure. Wave (I) ended at86.08 and pullback in wave (II) ended at 58.26. The stock resumed higher in wave (III) towards 166.11, and pullback in wave (IV) is proposed complete at 105.82. The stock still needs to break above wave (III) to avoid a double correction. Alternatively, the rally can be in a nest where the high on August 5, 2020 ended wave I of (III) and the low on March 1, 2021 ended wave II of (III). The alternate count implies a more bullish view of the stock 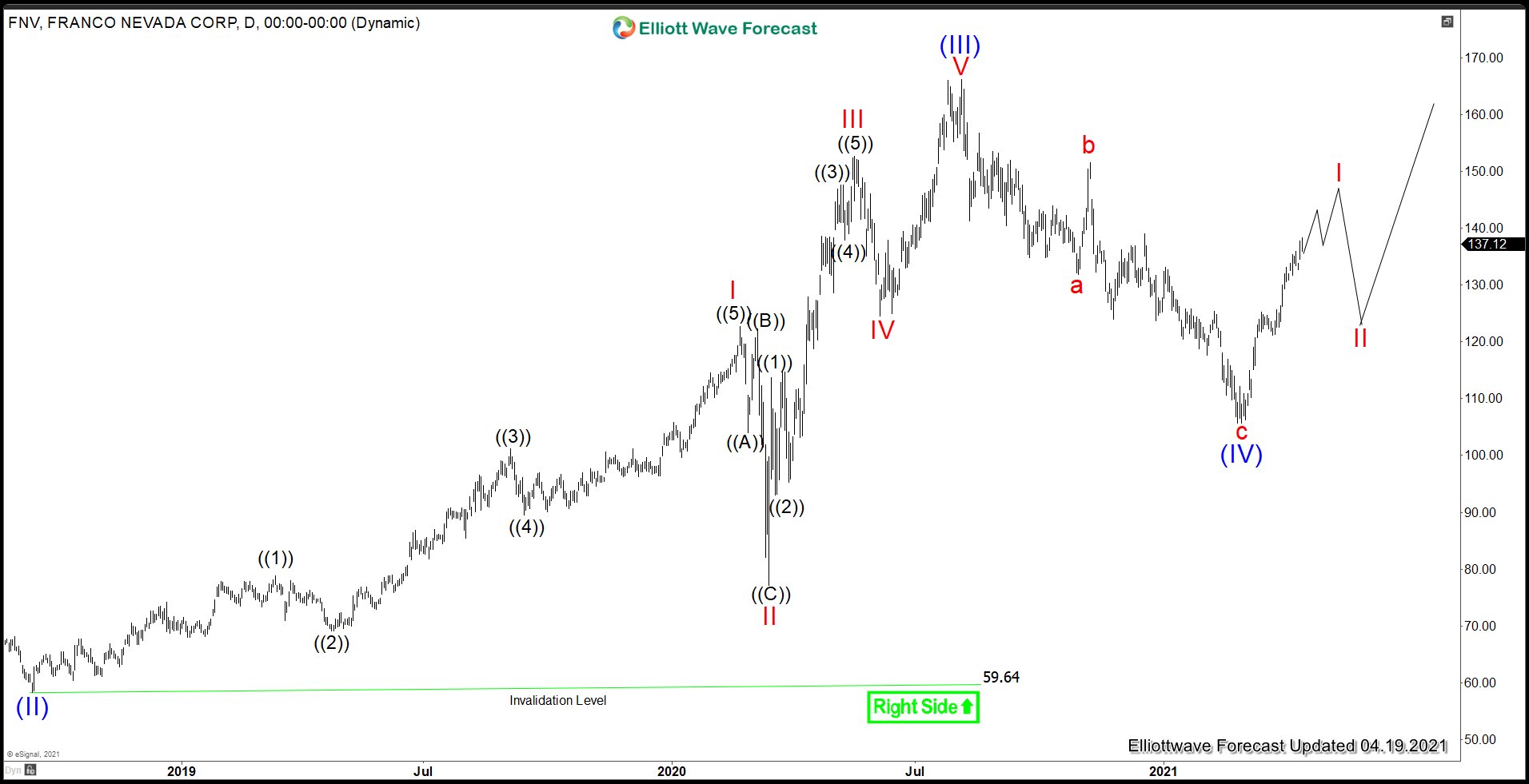 Daily Elliott Wave chart for Franco Nevada (FNV) above suggests that wave (IV) pullback is proposed complete at 105.82. This means that the stock has resumed higher in wave (V) and should eventually break above wave (III) at 166.11. The rally from wave (IV) low so far looks impulsive which supports the idea the correction might be over, although a confirmation and break above wave (III) is still required to rule out a double correction. 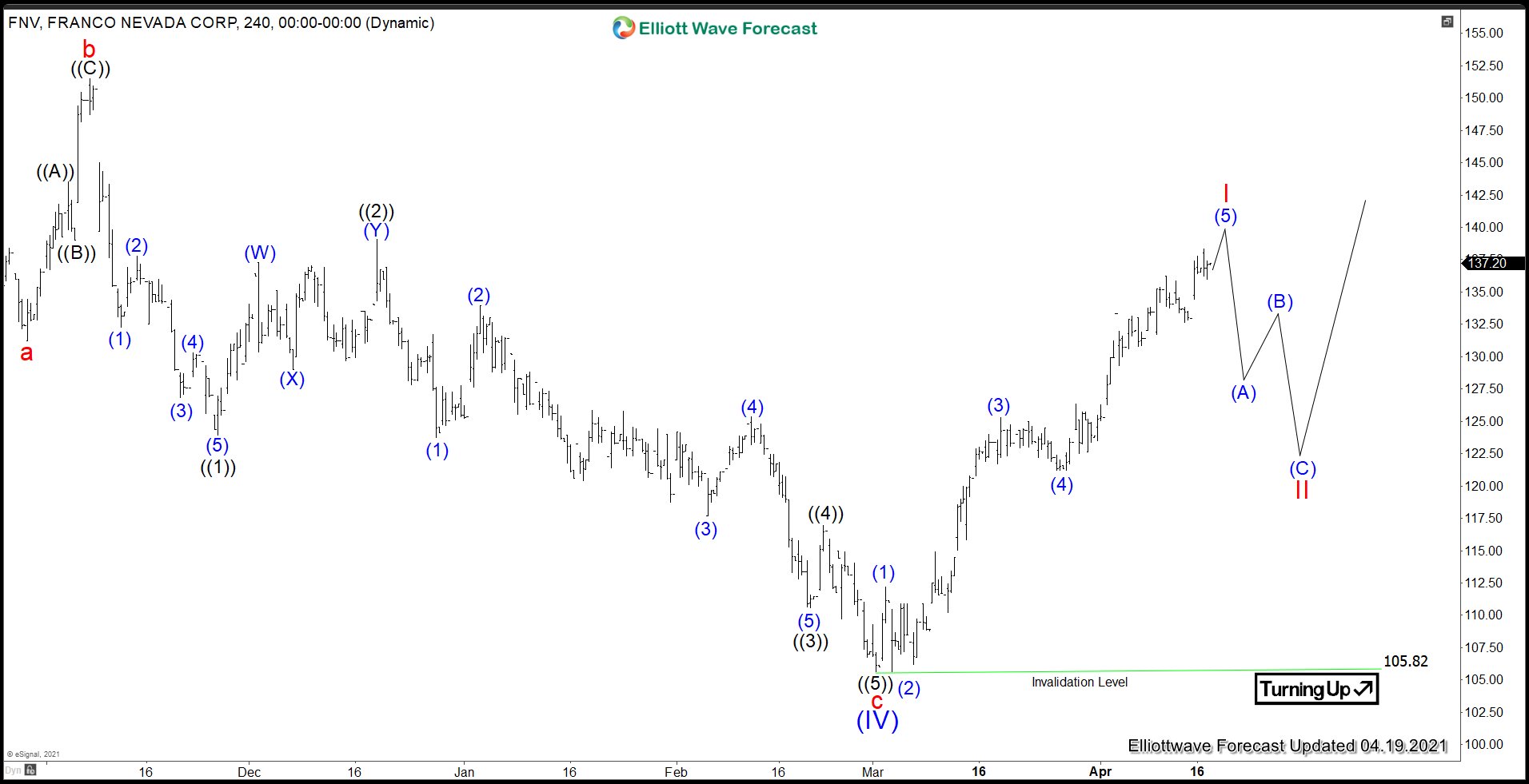