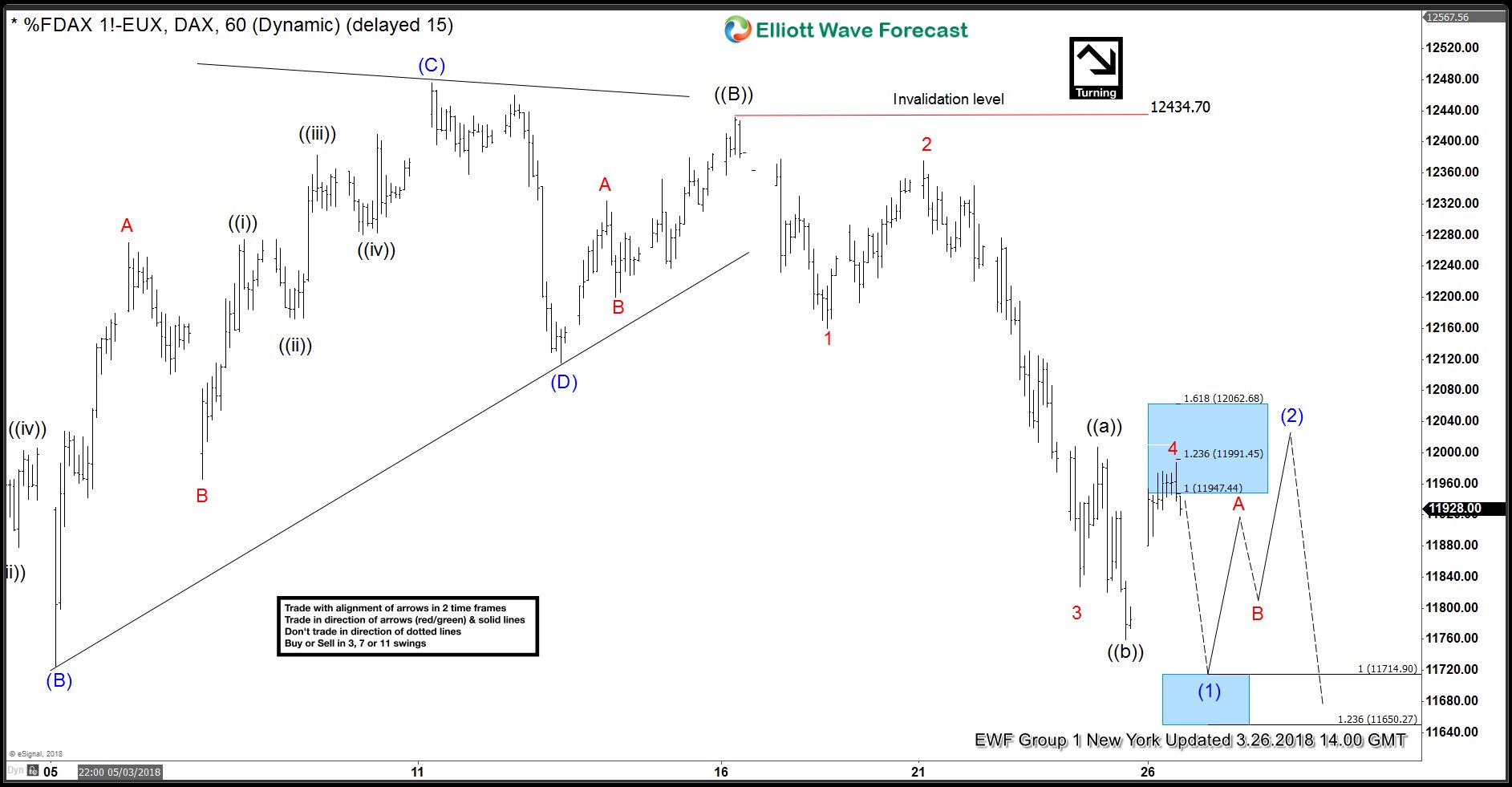 DAX did drop to a new low of 11706.50 as expected to complete proposed wave (1) of ((C)). According to Elliott Wave Theory, after 5 waves are completed, we should get a bounce or a pull back in at least 3 waves to correct the 5 waves move so the expectations were for a bounce in wave (2) to correct the decline from 12434 peak. Index started bouncing in wave (2) as shown in the chart below:

Bounce in wave (2) was expected to unfold as a Zig-zag Elliott wave structure which is a 5-3-5 structure. However, it is worth mentioning that corrections can unfold in many different ways so wave (2) could have taken some other form as well like a Double Three Elliott Wave Structure or even a FLAT. Index finished wave A at 12030 and pulled back in wave B which was expected to hold above 11706.50 for another leg higher in wave C to complete wave (2). Let’s take a look at the chart below to see where we are currently. 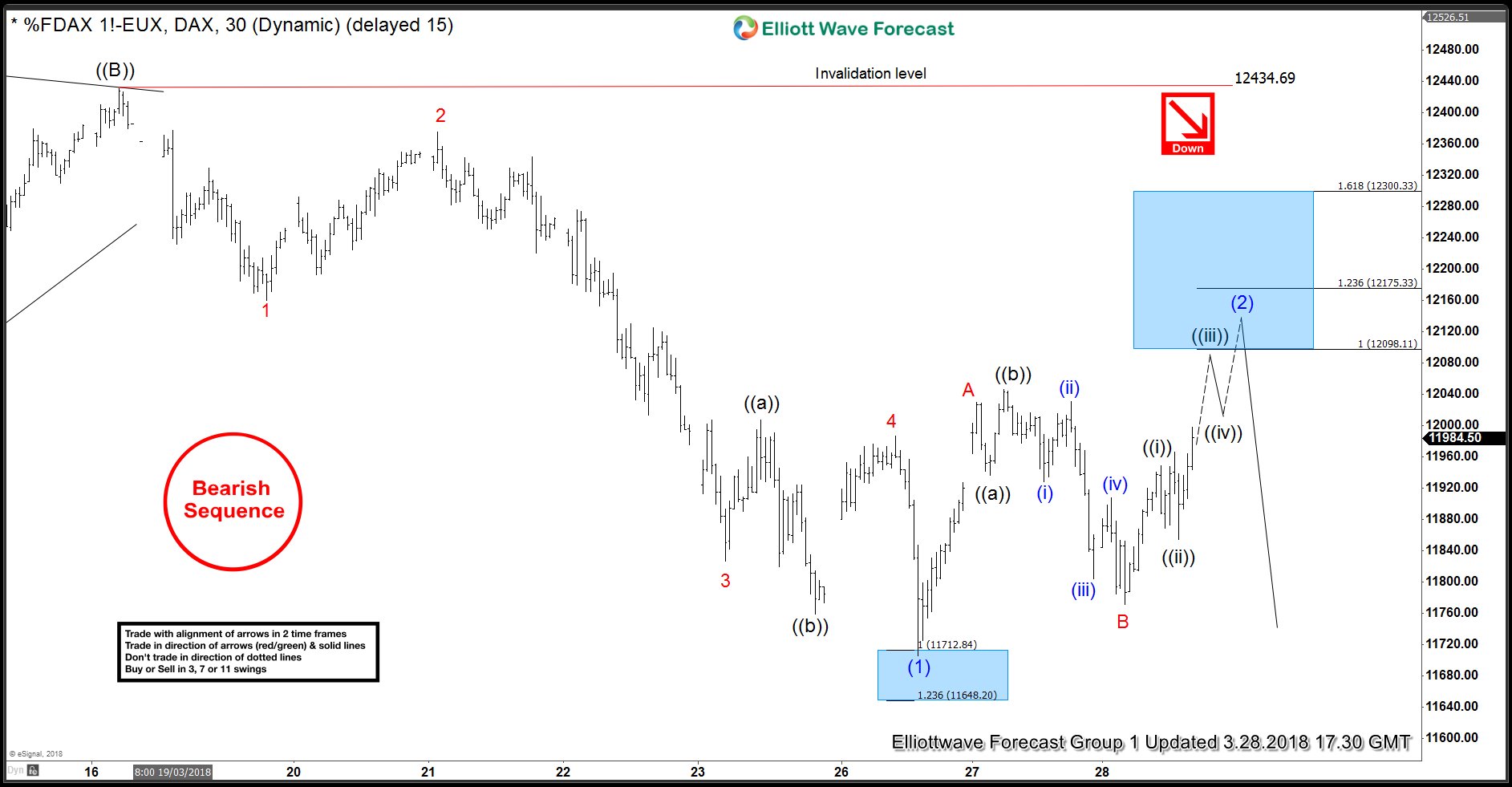 We can see that DAX pull back so far has held above 11706.50 and Index has started pushing higher again. We are calling wave B pull back completed at 11771.50 and are expecting the Index to trade higher in wave C towards 12098.11 – 12300.33 area to complete wave (2). This is the next selling area in the Index and would either result in a wave (3) decline to new lows below 11706.50 or produce a 3 waves reaction lower at least to allow the shorts to get into a risk free position. As Index is in a corrective wave (2) bounce and has a bearish sequence with dotted lines going higher, we don’t like buying the Index in proposed  push higher and expect sellers to appear in 12098.11 – 12300.33 area for a 3 waves reaction lower at minimum.