Hello fellow traders. In today’s blog, we will have a look at the BMW stock. In my previous blog, we discussed the possibility in the Daimler stock and why the biggest rival is under pressure and should remain lower.

Today, we will have a look at the BMW stock which is the counterpart of Daimler (Mercedes).

BMW (Bayerische Motoren Werke AG) is a German multinational company which has its Headquarter in Munich Germany. They are known for there premium production cars and also for their motorcycles. BMW is one of the largest producers of motor vehicles. However, BMW also owns Mini and Rolls-Royce.

In the last couple of weeks, all german car manufacturer including BMW are getting hit seriously by the possible tariffs for the U.S. market which President Trump threatens to Europe carmakers.

Furthermore, the German economy is clearly in a slowdown which can be seen through the German Benchmark Index DAX, which has been trading sideways to lower recently. Germany is highly dependent on the automotive sector. With Daimler, BMW, Volkswagen, and Audi Germany is the largest premium car marker country in the world.

Having a look at the stock we can see that it is under pressure as well which can be also seen in the chart below. Let’s have a look at the weekly price action and compare it to the Daimler AG.

In the first chart above you can see that the stock ended the cycle up from its post-financial 2009 low at its 2015 peak. Below from there, it has been in the progress of correcting that in 3-7 or 11 swings. Same as Daimler (second chart). BMW broke below its 2006 low and also broke below its 2019 low. With that said, the stock has a 5 swings incomplete sequence from 2015 peak indicating that more downside should be in place. We can see that it reached the 61.8-76.40 extension area from 2015 peak. In the next coming days or weeks, we could see a bounce to correct cycle from 2018 before turning lower should take place.

BMW should ideally now see the equal legs from 2015 peak towards 37.21-22.92 area. This area can be used based on Elliott Wave Hedging for a good investment opportunity in favor of the German car markers again.

However, with the recent slowdown in the German economy. The German automotive sector will be weak. This put additional pressure on the recession fears which are currently going around.

Summarizing, the stock should see more downside in the next coming weeks and month into 37.21-22.92 area where a bigger reaction higher in favor of BMW should take place.

I hope you liked this blog and I wish you all good trades. And for all who are interested in learning more about our unique blue box areas and also want to trade profitably in 2019 then sign up for a free 14 days trial you can cancel anytime. Click the link and see you insight 🙂 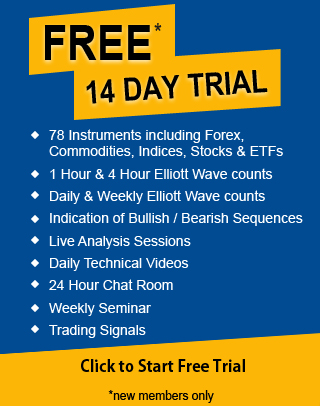