The GAAP net loss in Q4 is primarily due to the accrual of legal reserves for litigation. The company sets up this reserves to settle a Valeant stock drop lawsuit that hit investors in 2015. The non-GAAP EPS adjusted out this figure which brings the profit up.  Moving forward, the company gave a guidance of a full year revenue of $8.65 – 8.86 billion in 2020. The guidance on Adjusted Earnings before interest rates, depreciation and amortization (EBITDA) came at $3.5 – 3.65 billion. 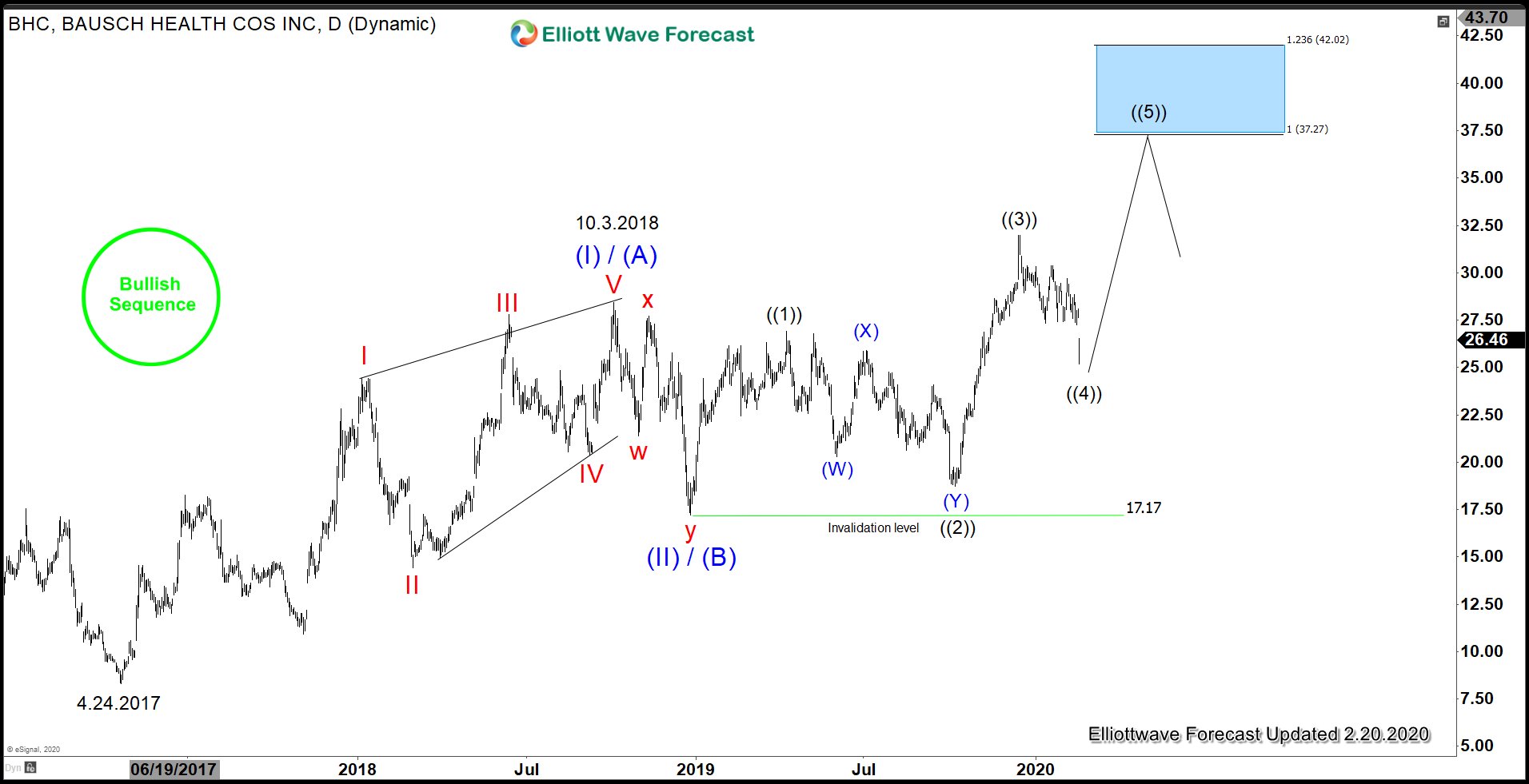 Looking at the 4 hour chart above, decline from wave ((3)) high on 12.13.2019 appears corrective. It has overlapping characteristic and stays within a well-defined channel. The cycle from 12.13.2019 high now shows a complete 100% extension in 7 swing at the blue box. As far as the invalidation level at $18.75 low holds, the stock has a chance to start bouncing soon in 3 waves at least if not extending higher.

For further updates on $BHC or other US stocks, ETFs, forex, and commodities, feel free to try our service –> 14 days FREE Trial offer.