In this Technical blog, we are going to take a quick look at the past 1 hour Elliott Wave performance of AAPL stock. Which we presented to our clients at elliottwave-forecast.com. We are going to explain the structure from 6/29 low (141.70) cycle below. 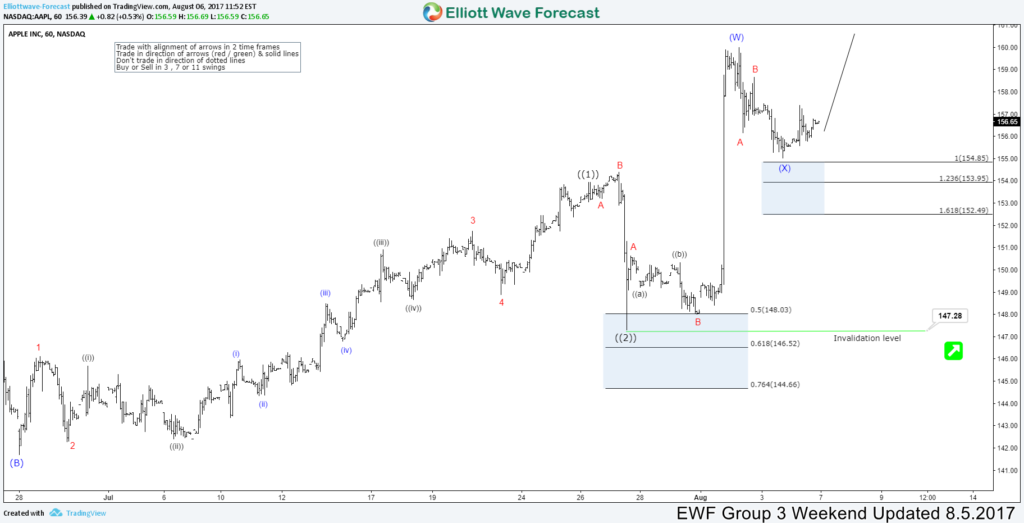 The stock found the buyer’s as expected in between 50-0.764% Fibonacci retracement area (148.03-144.66) and ended the dip as a flat correction at 147.28 low. And broke to new highs started showing corrective sequence thus suggesting that stock was following a diagonal structure from June 29 low (141.70). After seeing a break higher, the stock started showing bullish sequence from June 29 low and dips offered us a buying opportunity against 147.28 low in the first degree. Note: we adjusted the degree of a count from June 29 low in the middle. 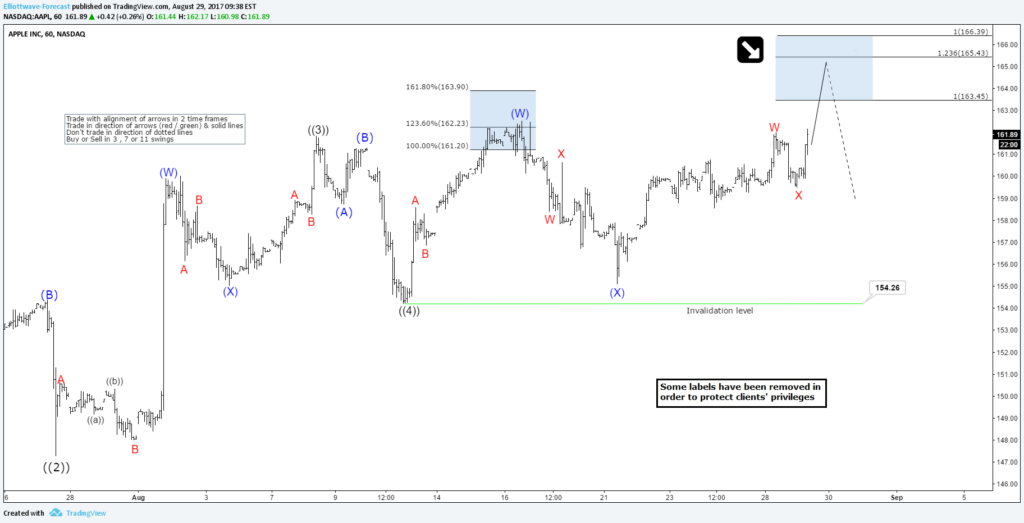 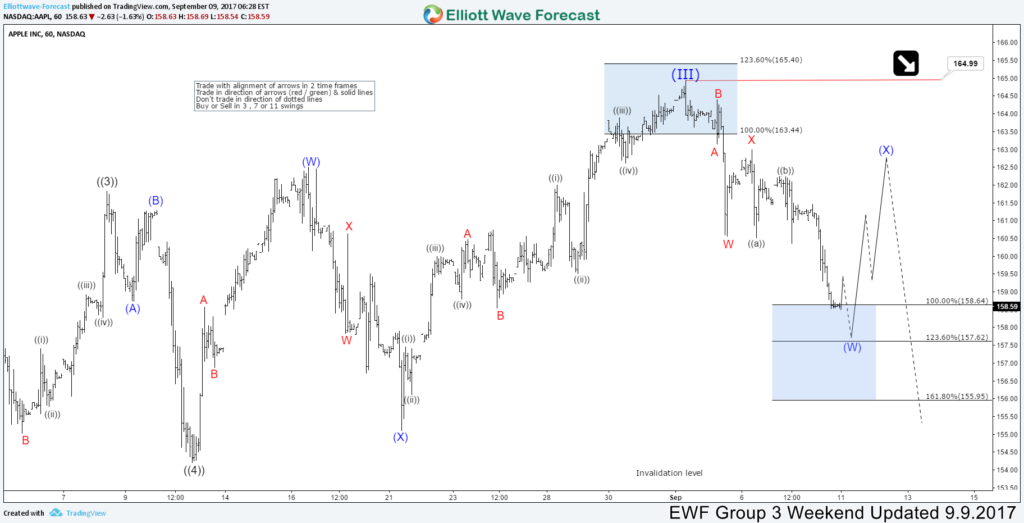 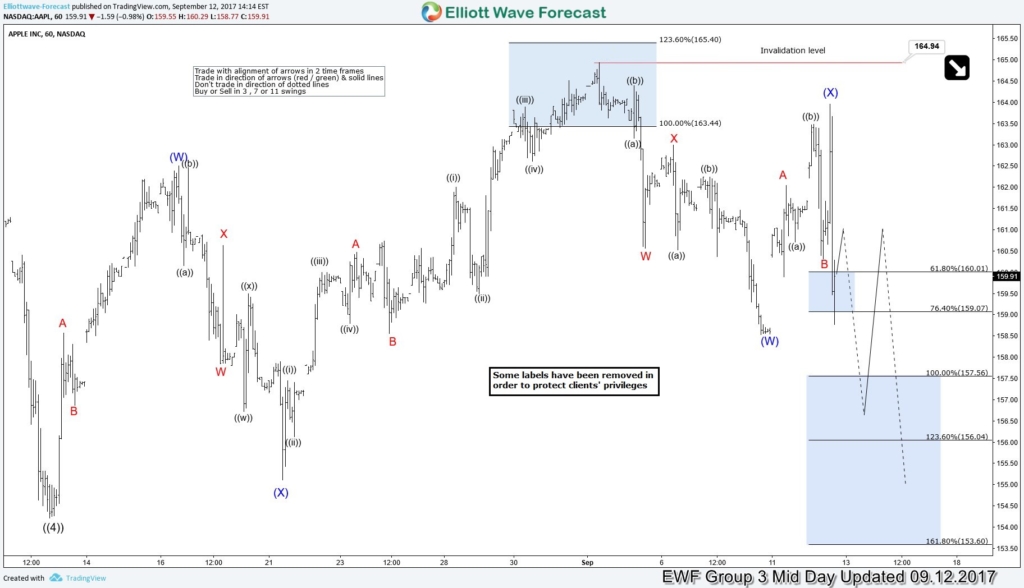 The stock gave us the 3 wave reaction higher as expected to allow members to scale in some profits in a 3 wave bounce. However, it was expected to do the double correction against 9/01 peak 164.99  based on correlation with other technology stocks before renewing the trend to the upside. There’fore our strategy remained to buy the stock on the dips. 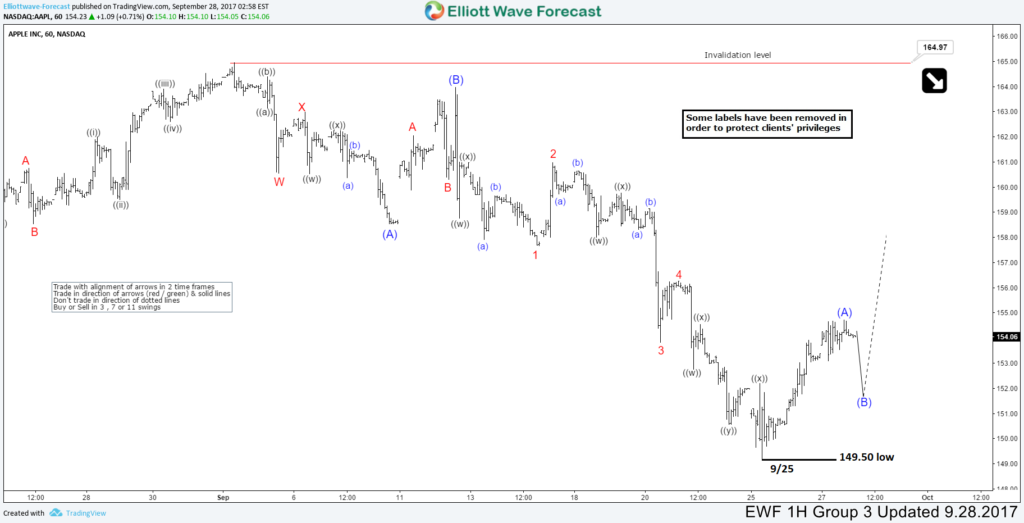 Afterwards, the stock extended the correction from September 01 peak 164.99 in an expanded flat correction. Which ended the cycle from the peak on 9/25 low at 149.50 and start bouncing higher. Currently, the stock is already into new highs and started the next extension higher. If interested in latest 1hr, 4hr, Daily & Weekly path then Try 14-day  Free Trial & get the latest market update in AAPL & other stocks.