The Elliott wave view in GDX suggests that the main cycle from the August 20, 2020 peak is showing an incomplete sequence. Favoring more downside to happen based on sequence towards $24.80- $21.36 area lower before a turn back higher happens. While the short-term cycle suggests that the decline to $30.05 low ended wave 1 of (C) in 5 waves lower. Up from there, GDX did an expanded flat correction in wave 2 bounce. 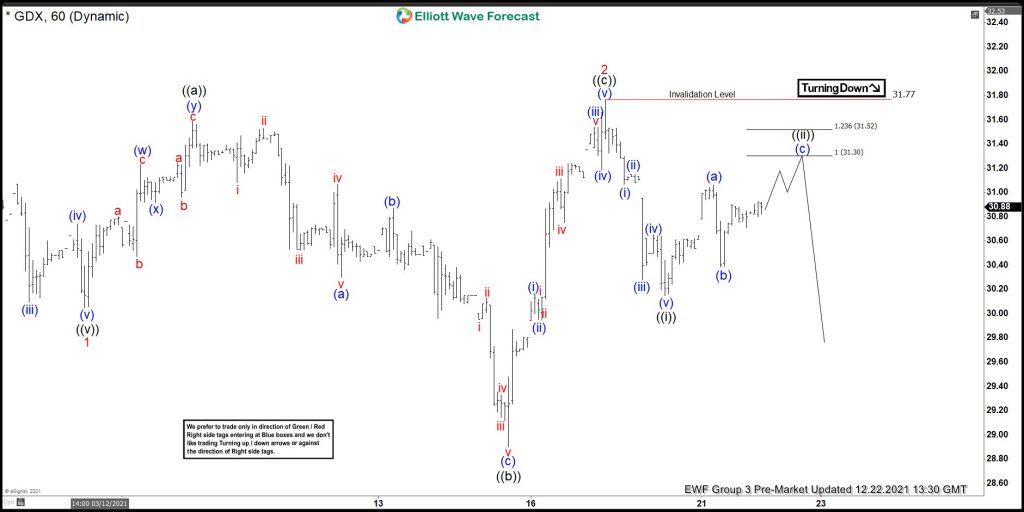