Short-term Elliott wave view in USDCAD suggests that the cycle from 01 Jun 2021 low is unfolding as a double correction. The structure remains incomplete favoring more upside extension. Up from that low, the pair has ended the first leg in wave ((W)) at 1.29492 high. Then wave ((X)) pullback ended at 1.24903 low and the pair continued higher. 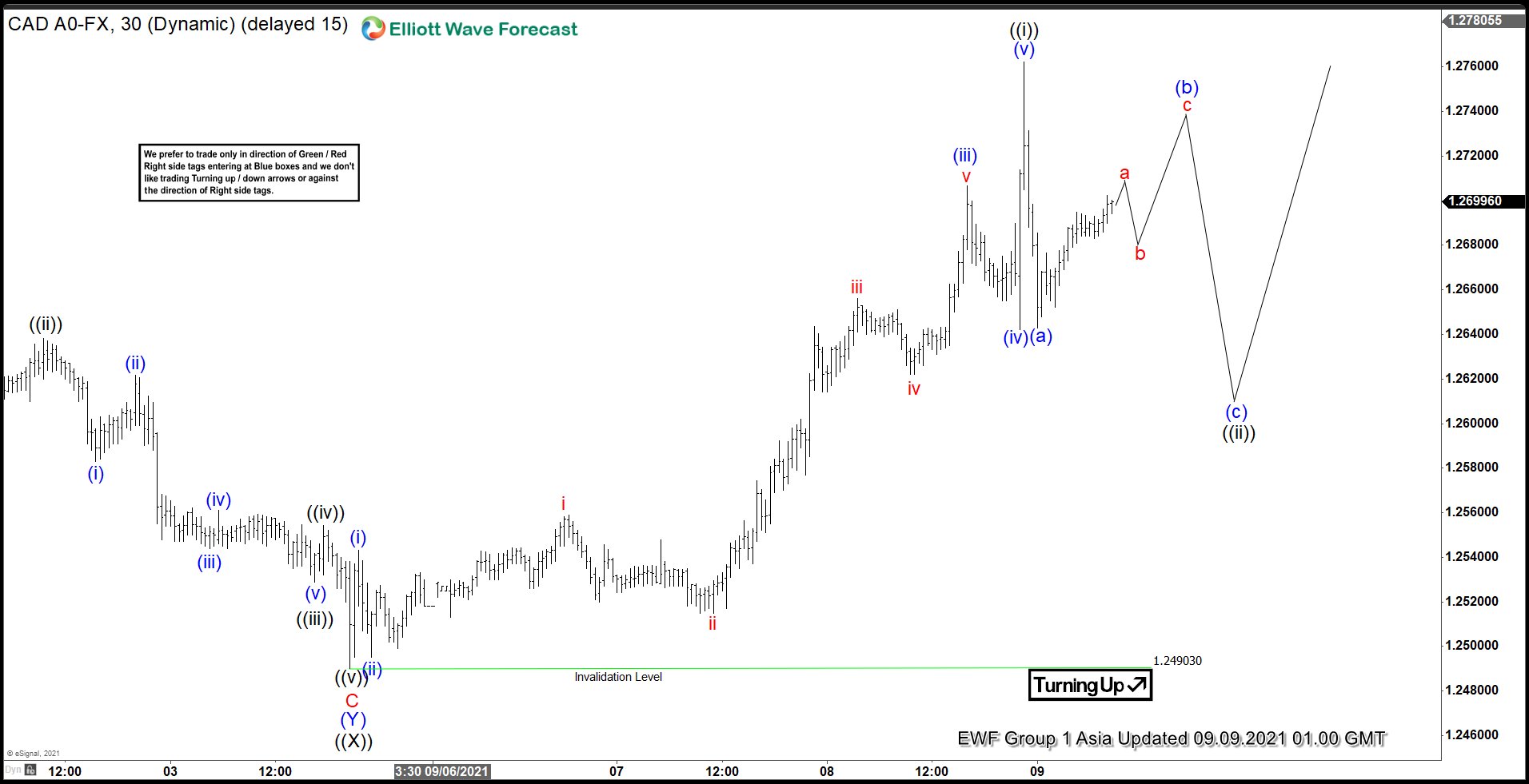