Short term Elliott Wave view on Ten Year Treasury Notes (ZN_F) suggests that the rally from January 18, 2019 low (121.02) is unfolding as an Impulse Elliott Wave structure. The Notes is currently within wave (3) of this impulsive move. The internal of wave (3) subdivides in 5 waves of lesser degree. Wave 1 of (3) ended at 122.3 and wave 2 of (3) ended at 122.12. Wave 3 of (3) is currently in progress and also subdivides in 5 waves of lesser degree. This illustrates the fractal nature of the market. Fractals suggest that each wave consists of smaller wave patterns and the pattern repeats itself in different degrees. 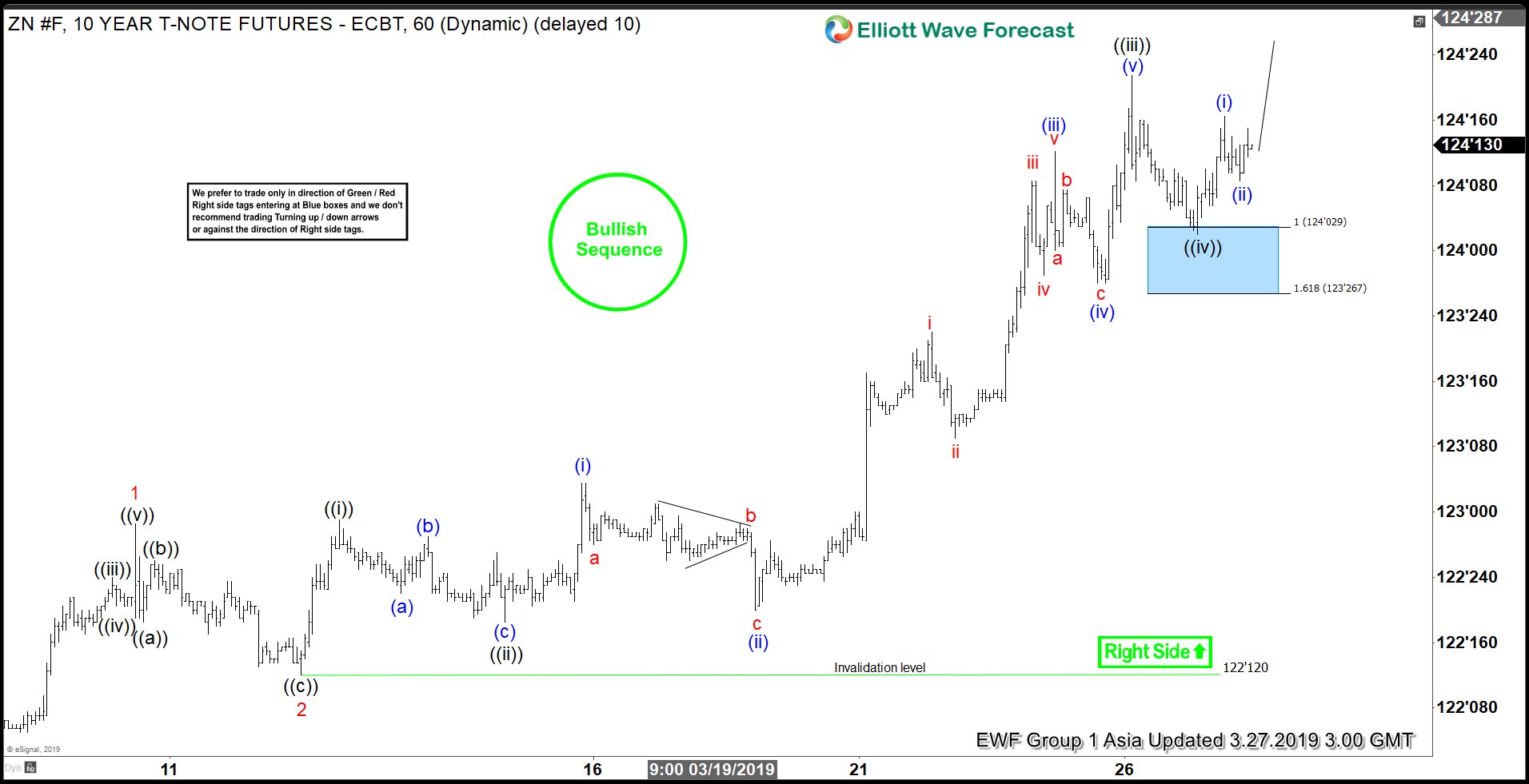 ZN_F Video of The Day