Once the Index ends the correction, it still has a chance to extend higher 1 more leg in wave ((5)). Alternate view suggests that the Index ends wave ((5)) already in the current rally instead of wave ((3)). In the alternate view, Index should correct the entire rally from December 26, 2018 low in the next pullback. 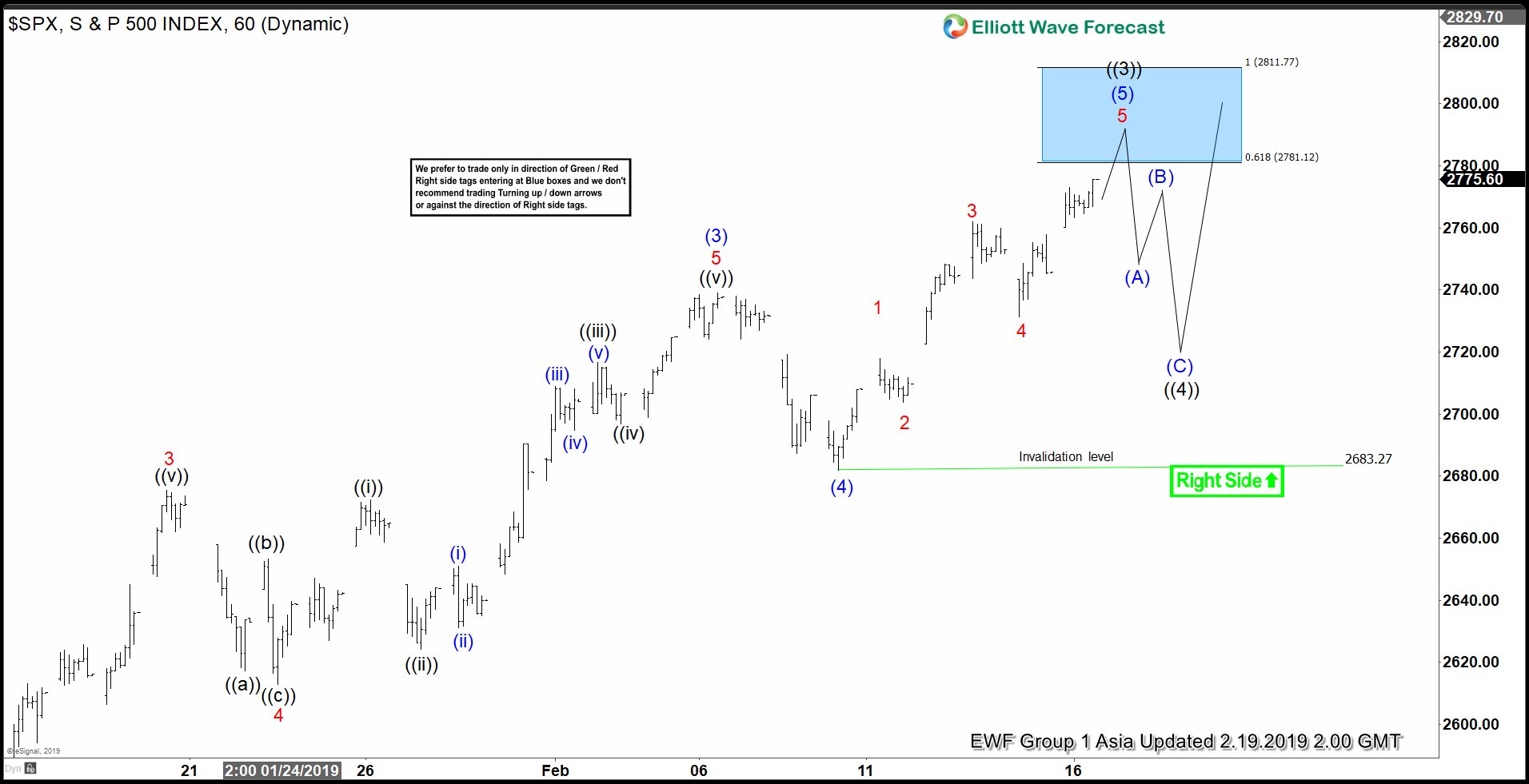