We don’t like buying the proposed bounce and expect sellers to appear once rally is complete in 3, 7, or 11 swing. As far as pivot at 60.8 high stays intact, Oil should resume lower again. 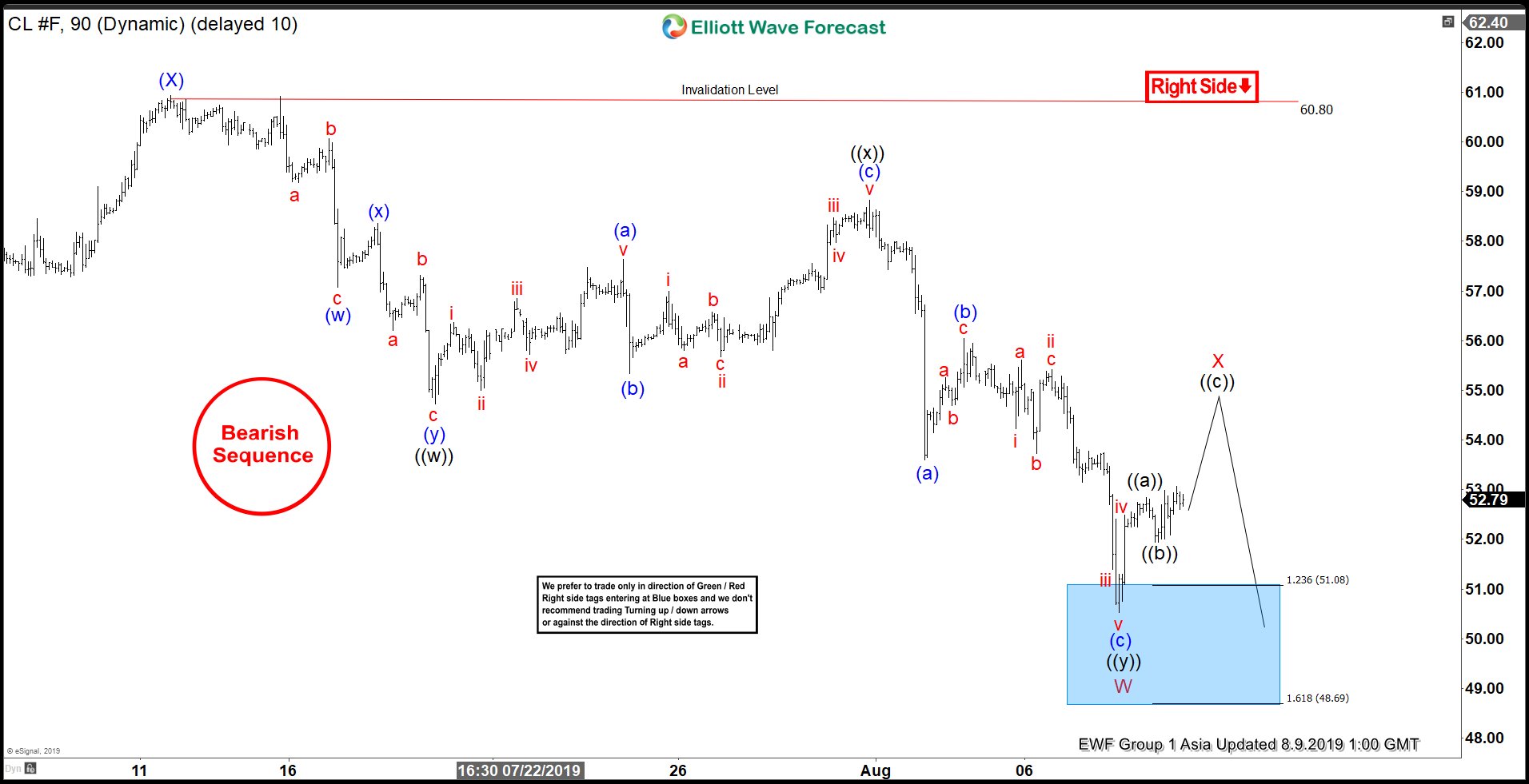