Short Term Elliott Wave view in Alibaba suggests the decline from October 27 peak has ended at $252.5 as wave (4). The internal subdivision of wave (4) unfolded as a zigzag Elliott Wave structure. The 60 minutes chart below shows wave C of that zigzag which completed at $252.5. The stock has since turned higher in wave (5). 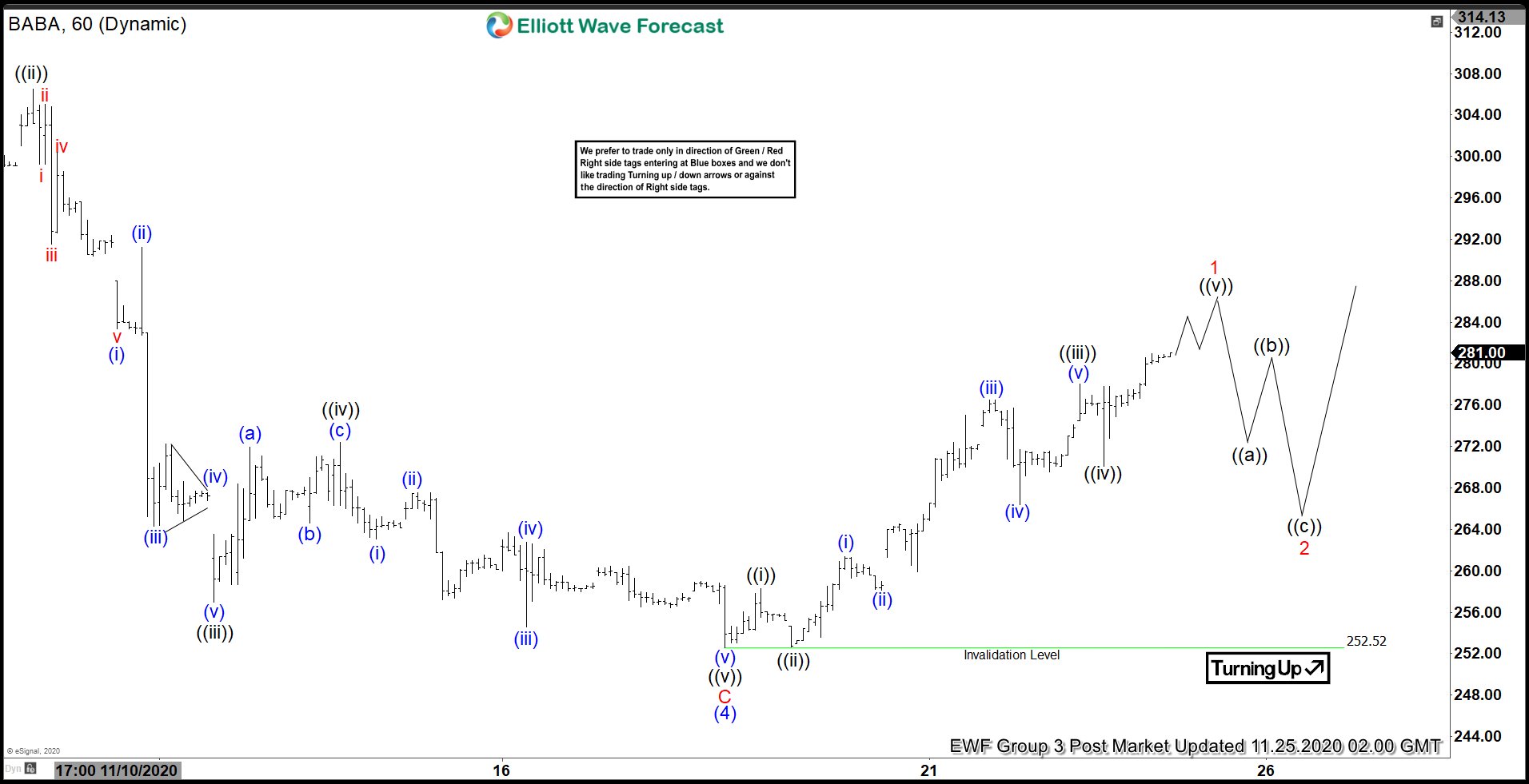