Pair is now expected to correct cycle from February 20, 2020 high within wave ((ii)) before the decline resumes. We do not like buying the proposed rally. Expect bounce to fail in the sequence of 3, 7, or 11 swing and pair to extend lower. As far as pivot at 0.984 high remains intact in the rally, we should see further downside in the pair. Potential minimum target to the downside is 100% Fibonacci extension from April 2019 high which comes at 0.935 – 0.948 area. 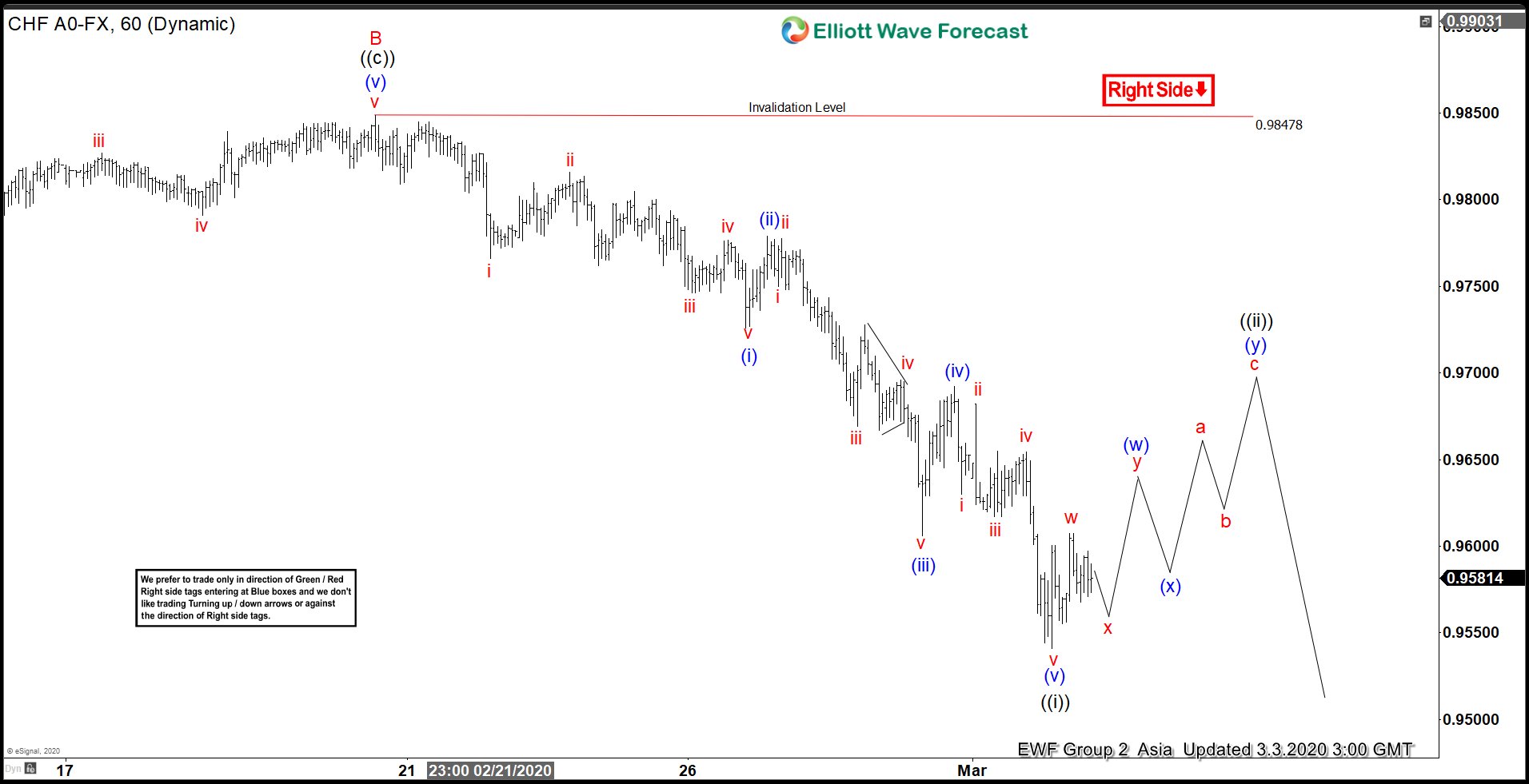