Alternatively, instead of ending wave (i) of ((v)), Index can end the entire wave ((v)) with 1 more leg higher. In this scenario, it should then pullback to correct  the rally from Oct 3 low before the rally resumes. Short term minimum target is a 100% Fibonacci extension from August 26, 2019 low which comes at 1616 – 1653 area. The Index is also close to breaking above the previous peak on May 6, 2019 at 1621.90. If the Index manages to break above this level, it will open up a bullish sequence from December 24, 2018 low which should favor the long side. We don’t like selling any of the proposed pullback in the Index. 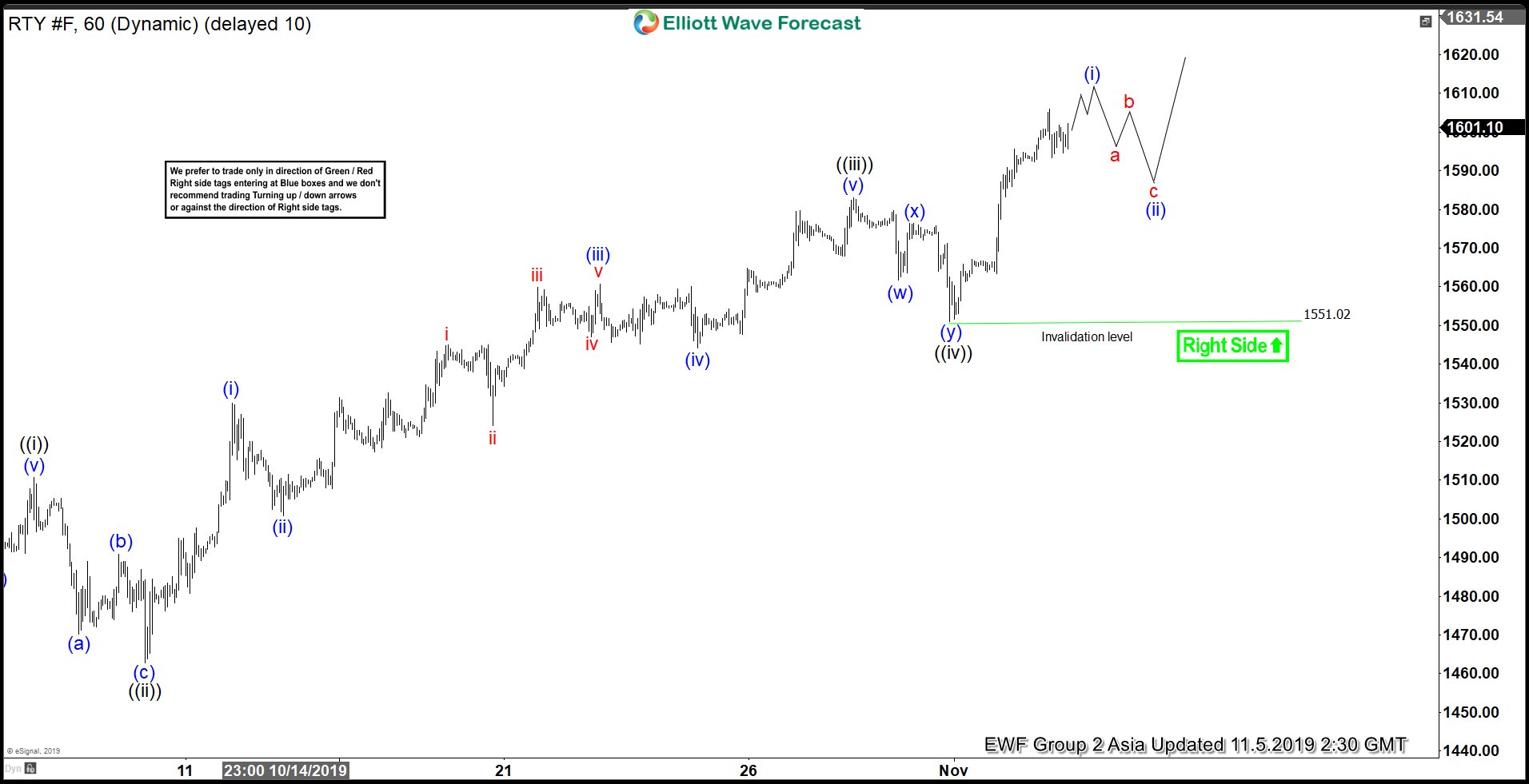