The USD Index has dipped over 9% this year. The weakness in US Dollar has been broad-based and consistent against all major currencies. The Dollar Index closed fifth straight month in losses , something which hasn’t happened since 2011. The USD weakness started with the Euro early this year then continues to widen to other currencies. 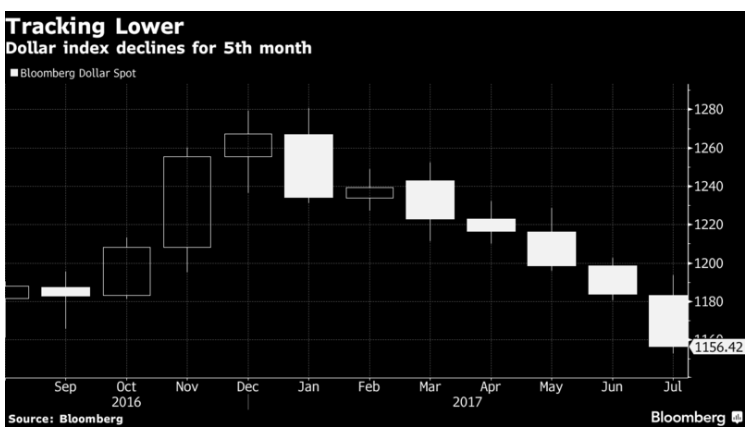 There are several factors which contribute to this weakness.

The above factors could remain in play for the remainder of 2017 which suggests USD should remain soft. However, in the short term, correction is possible as USD selloff has reached the extreme area. This week is likely an important week for the dollar as traders wait for the nonfarm payrolls number. The USD decline may stall if there’s a data surprise. In addition, technically USD Index is near the 200 Weekly Moving Average at 92.3 which may provide temporary support 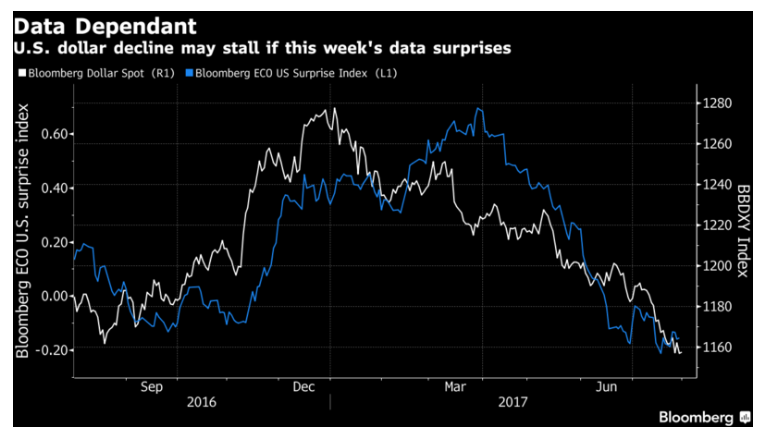 Below we will take a look at two USD pairs: USDCAD and USDNOK to forecast the path of USD for the next few months: 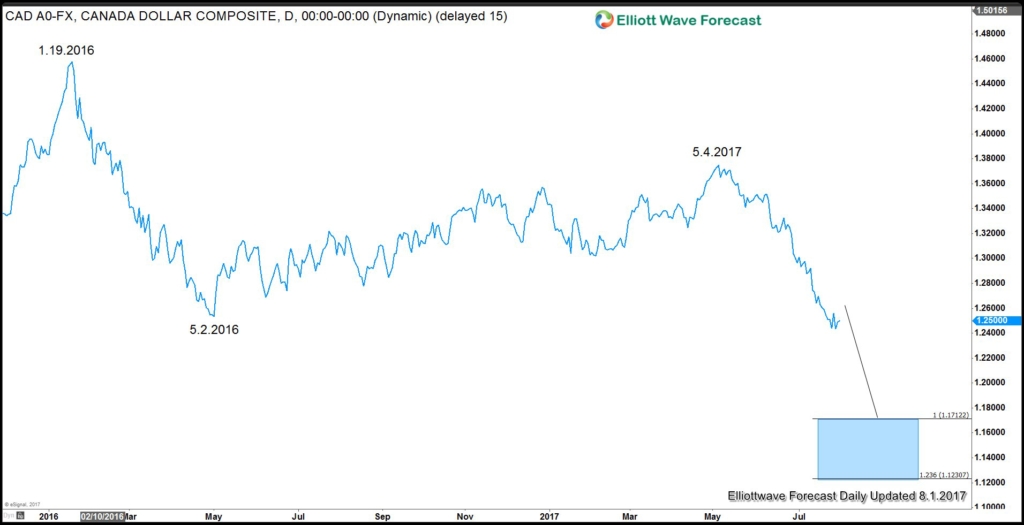 USDCAD Daily Chart is showing a bearish sequence from 1.19.2016 peak as the pair broke below 5.2.2016 low. Although bounces could be expected in the near term, pair has scope to extend lower towards 1.123 – 1.171 area in the next few months before larger support can be seen. We expect USDCAD to remain heavy despite the selloff in the past 2 months. 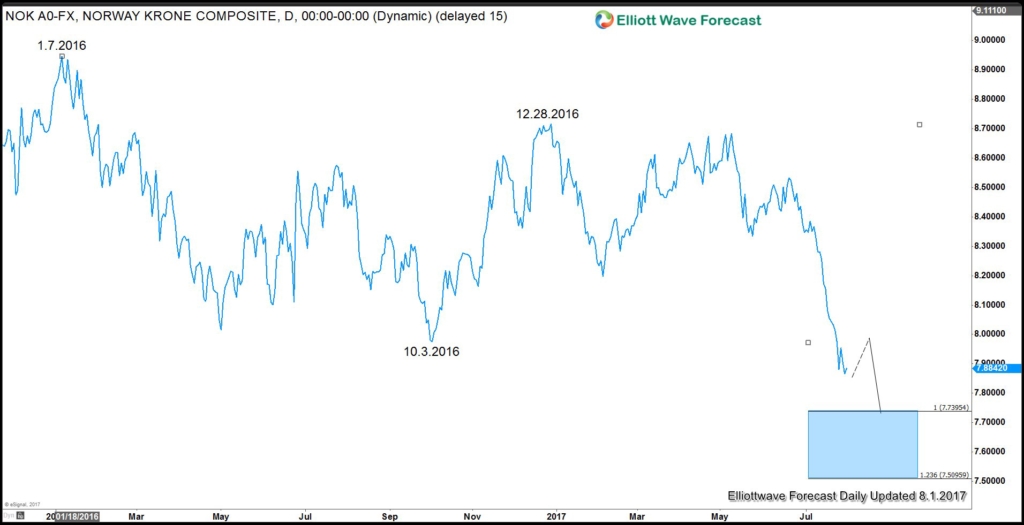 Similar to USDCAD, Daily chart of USDNOK also shows bearish sequence from 1.7.2016 high as pair has broken below 10.3.2016. Pair has scope to extend lower to 7.5096 – 7.395 area to end cycle from 1.7.2016 peak before larger support is seen. The pair is also telling us that USD could remain heavy for the next few months, although short term bounces could be seen along the way.