NZDJPY has put in a strong rally over the past couple of months gain 9.14% from a low of 72.25 to a high of 78.86. Earlier this year, we advised clients and followers that pair was reaching an inflection area between 73.70 –  68.86 and pair should find a low in this area and start turning higher. Below, we take a look at daily chart presented to members on 2 September 2018.

Later in September 2018, pair reached the inflection area between 73.70 – 68.86 but based on Elliott wave structure and market correlation, we called another low to complete a double three Elliott wave structure down from 7/27/2017 (83.91) peak. After another low, we expected the pair to turn higher and resume the rally for a new high above 83.91 peak or a bounce back toward 50- 61.8 Fibonacci retracement of the decline from 83.91 peak. 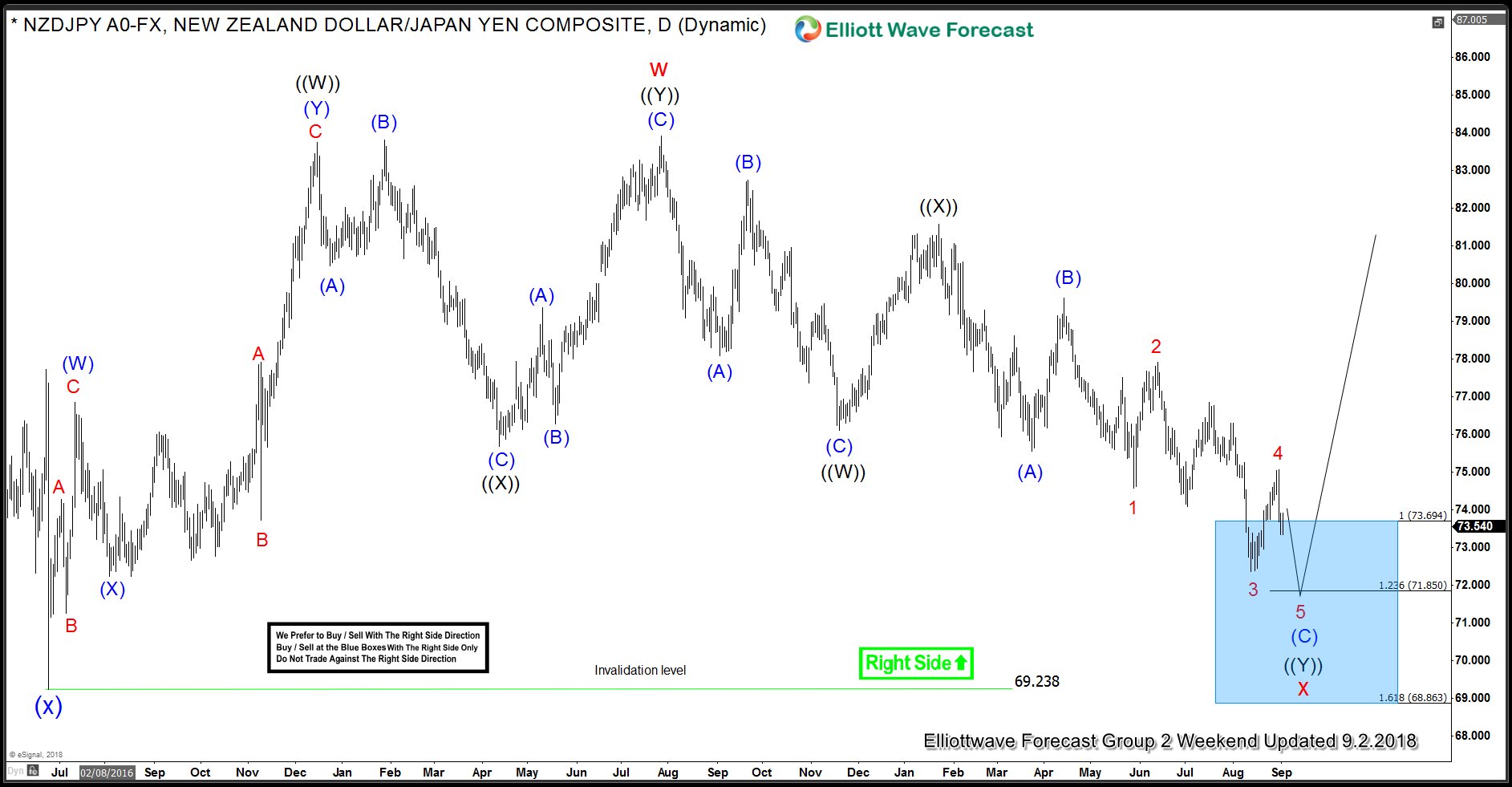 We don’t like selling the pair and we expect buyers to appear in the pull backs in wave (4) and later on in wave ((2)). In order to see the details analysis in the short-term and see the areas where wave (4) can end, possible target for wave (5) and how to define the buying area once wave ((2)) pull back starts, join us and learn to use Elliott Wave Theory in a more practical way.