The Canadian Dollar strengthened to a two month high against US Dollar earlier this week. Market participants seem to bet on possible inclusion of Canada in a new Nafta pact. The U.S. has just concluded a successful bilateral talk with Mexico on Monday. Under the new agreement, cars need to have 75% of their content originate in the U.S and Mexico. The current Nafta requires 62.5% originate within North America. Under the new deal, 40-45% of auto content need to be made by workers who make more than $16 per hour, favoring the U.S. and Canada.

President Trump has threatened to put 25% tariffs on Canadian-made cars if a three-way deal can’t be reached. The major disagreement between Canada and U.S. is Canada’s insistence that the dairy supply management system is not open for negotiation. Trump has repeatedly said Canadian tariffs on some dairy products are unfair for U.S. producers. However, Prime Minister Trudeau on Wednesday has defended the supply management system that controls production of some Canadian farm products. The dairy issue is a difficult one for Prime Minister Justin Trudeau. The majority of domestic dairy industry is in Quebec and Ontario, and if they cave in the U.S. demands, they risk losing a lot of votes.

If a deal can be reached, the Bank of Canada can continue to focus on the domestic economy without worrying about trade disruption. Trump told reporters at White House on Wednesday that talks with Canada is going well. “They want to be part of the deal. And we gave till Friday and I think we’re probably on track.” Earlier this week Canadian Prime Minister Justin Trudeau said Canada is trying to reach agreement with the U.S. this week but won’t sacrifice its goal of getting the “right deal.” Talks with Canada should continue through the end of the week with aim to include Canada in trilateral deal. If the deal is successful, the Canadian Dollar may rally a lot further. 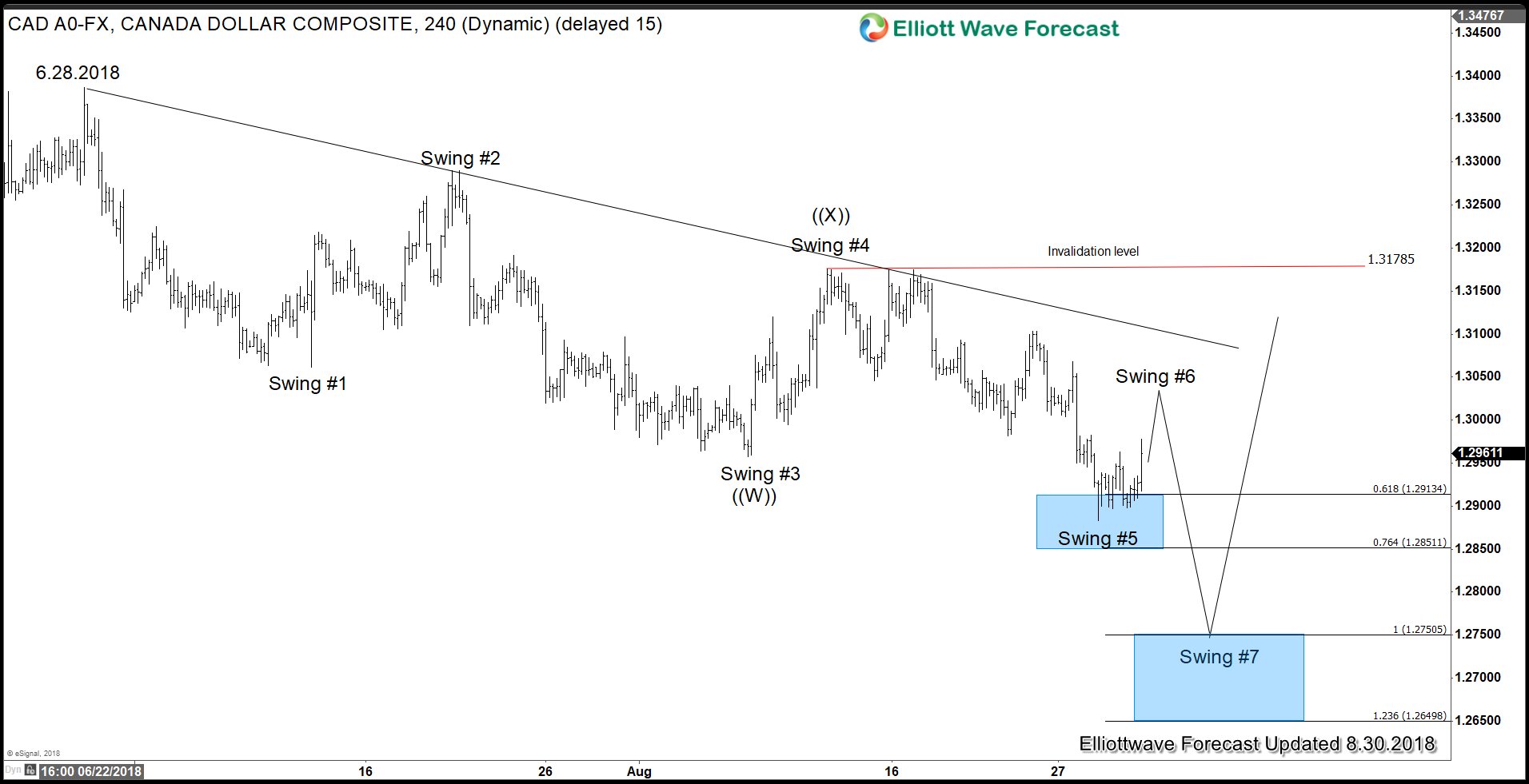 USDCAD shows a 5 swing sequence from 6.28.2018 high, favoring further downside while rally stays below 8/13 high (1.3178). A 5 swing sequence is part of 7 swing WXY or also often referred to as double correction. The structure calls for further downside to 1.265 – 1.275 area as far as current rally in swing #6 fails below 1.3178. A successful outcome of the Nafta talk this week could cause pair to extend lower as the chart is calling.