The GBPUSD has been declining since the late 1960’s. The currency instrument did see a three wave decline into the 1985 low. This low represents either a pause into the longer term decline sequence or the beginning of a new bullish sequence. From the 1985 lows the currency rallied for 22 years based in Elliott wave hedging, which means both bearish and bullish sides agreed on the bounce. As of right now, we are looking at the 1985 low as a line which supports or negates the GBPUSD moving into areas which we have never seen before. In the video, we explained how three swings lower from 1960 can become one larger red bearish sequence since the 1960’s and the 2 red high from the 2007 is comprised of the 3 swings blue correction of the bearish sequence lower from the 1960’s highs. We further explained how if the 1985 lows hold during dips, then those lows remain as complete corrective sequence and the currency pair would be expected to renew the sequence higher.

Regardless, from the peak in 2007 the instrument is showing an incomplete black sequence which has a target at the  .9457 area that is below the 1985 lows at 1.0520. If that low is broken then the $GBPUSD will be showing five swings lower from the 1960s highs and would be an incomplete Elliott wave sequence.  Then after that blue 1 completes the Pound should be able to bounce in 3 relatively smaller swings from that .9457 to .7629 extension area shown in the blue 2 swing that only would be required to remain below the 2007 connector high. Afterward of the blue 2 bounce then it could become a complete bearish sequence when it reached levels between the .60 to .30 area. Since we correlate the whole market together, if  and when those levels are seen in this forex pair, another major low can probably be seen around the same time across many of the markets. It can take years to reach those levels but when reached the pound can become an amazing long trade. For now,  let the 1985 low define the bearish or bullish yearly sequence. Like we always do in Elliott Wave Forecast we trade the cycles and sequence. Using  Elliott Wave theory as a language to transmit our ideas. As always, if you like this blog we invite you to take the New Years special promotion which is Two months for the price of one and enjoy our service. Happy Holidays and we wish all a happy and profitable 2017. 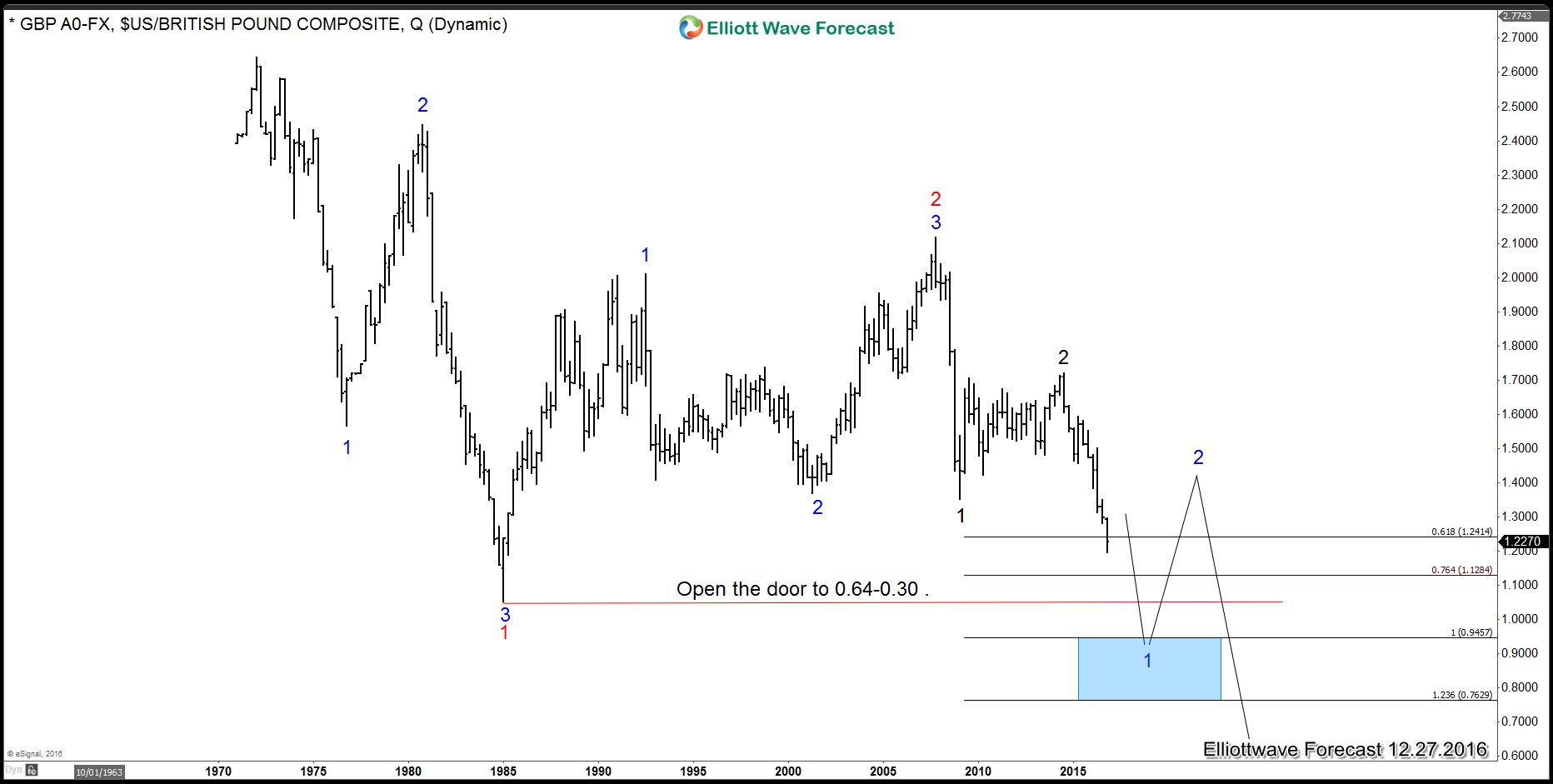