There’s no question the most important risk event and near term key driver for Poundsterling remains to be Brexit. This month may shape up to be an important week for Poundsterling as Prime Minister Theresa May’s Cabinet discusses about it throughout the month of November. The Sunday Times reports last weekend that Mrs. May has secured concession from the EU on the Irish border. The issue of Irish border backstop remains to be the key sticking point.

The government spokesman however has denied the report stating that it was merely speculation and that negotiations remain ongoing. Sunday Times also reported that the U.K will get an agreement on economic partnership with EU similar to the Canada’s free-trade accord. Mrs. May will need to get support from her cabinet before finalizing an agreement with the EU. So far, there has not been enough progress from the U.K. side to call for a special summit.

The UK government hopes to get a deal as soon as possible so that the EU can call a special Brexit summit on late November to seal the deal. The cabinet meeting this month thus may yield some progress from the UK side, paving the way for the withdrawal agreement to be finalized by December. A progress from the Cabinet meeting this month can potentially boost Poundsterling against other major currencies. On the other hand, further delay may not necessarily result in Poundsterling major sell-off, but it can cause further volatility in the currency. 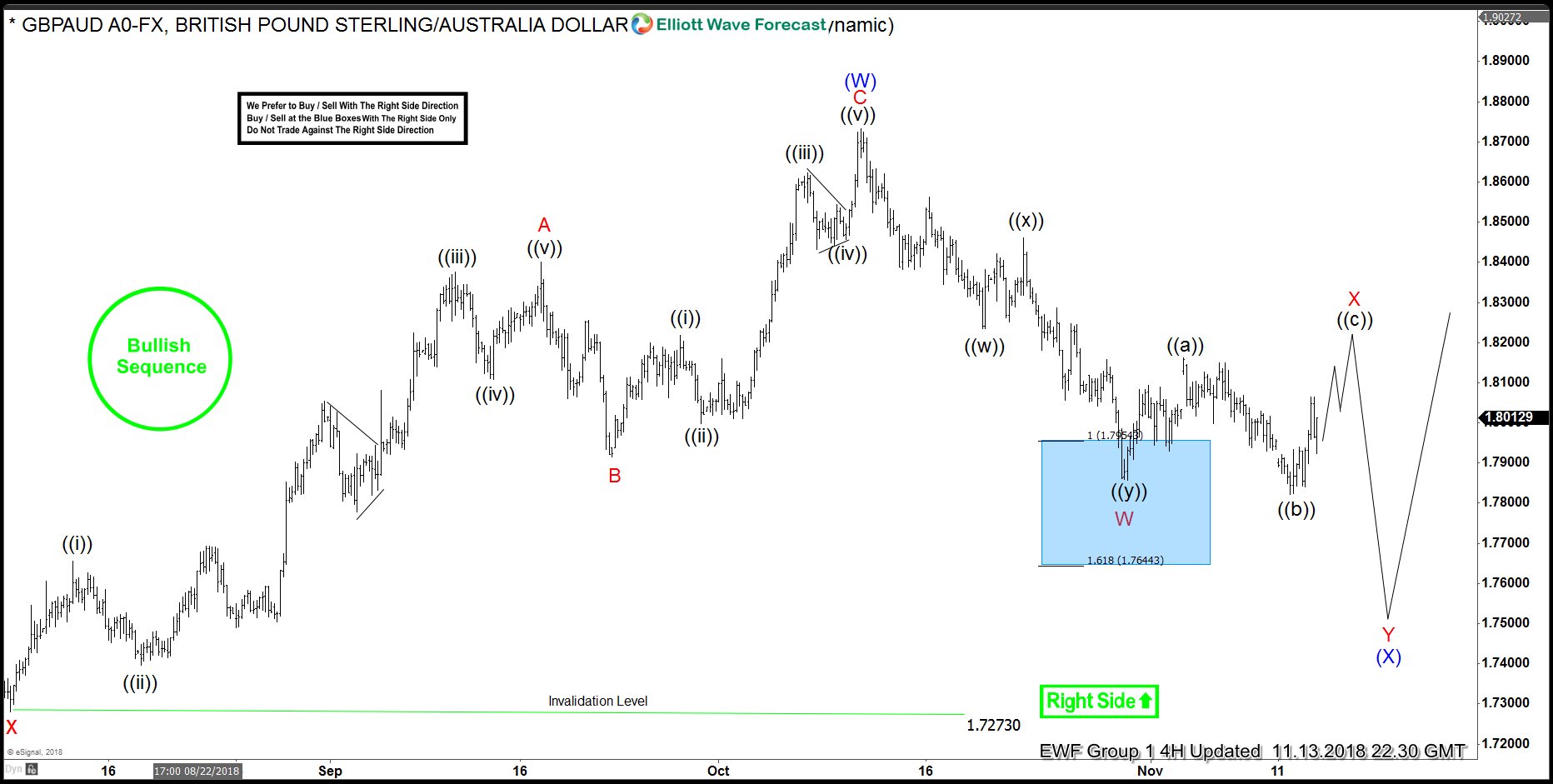 GBPAUD shows an incomplete bullish sequence from Oct 2016 low (1.5665) and suggests that further upside is favorable. Wave (X) pullback is currently in progress to correct cycle from 8/9/2018 low (1.727) and while pullbacks stay above there, expect pair to extend higher. Alternatively, wave (X) pullback may have ended at 1.7822 and pair has already resumed higher. We don’t like selling the pair. If you are interested more to learn about our trading approach, you can join our Live Session or browse our educational page. We also offer 14 days FREE trial to check our services without further commitment.