Last Friday, Non Farm Payroll number came out very weak with job growth increased only by +38K in May, far below the consensus of +160K. This is one of the largest misses since 2011 and cooling off the expectation of rate hikes. Further adding to the woe, April’s job gains was also revised down from +160K to +123K. Unemployment rate fell to 4.7% from 5.0% in April, but the drop is mainly due to a lower labour participation rate. Average hourly earnings increased by 0.2% in May, in line with expectation, but slowing down from 0.4% in April.

A few weeks ago, the Fed Chair Janet Yellen sounded pretty hawkish by saying that the Fed is likely to raise interest rate in coming months. However, in Ms. Yellen’s speech at Philadelphia on Monday after NFP, she did not mention the same words about raising rate in coming months. She admitted the May job number is disappointing, but she cautioned that it is just one month of data and therefore should not put too much significance on it. She conceded that the overall labor market is still positive as other parts in the labor market and also the labor improvement since last year remain healthy. She then concluded that gradual increase in federal funds rate remains appropriate, although the decision will be data dependent.

After the poor job number last week, U.S. Dollar Index dropped 1.6%. Interest rate futures currently shows the probability of a rate hike in June is only 4% vs 28% last week, July is now 27% vs 61% last week, and 68% probability of a rate hike before the end of the year.  Despite the bad job data, average monthly job gains in 2016 is still a respectable +125K / month and thus meet the requirement for rate hikes. However, the Fed is maybe inclined to defer interest rate hike to August / September.

Below is the 1 hour U.S. Dollar Index presented to our clients on June 2nd. We were expecting $DXY to go lower prior to the NFP 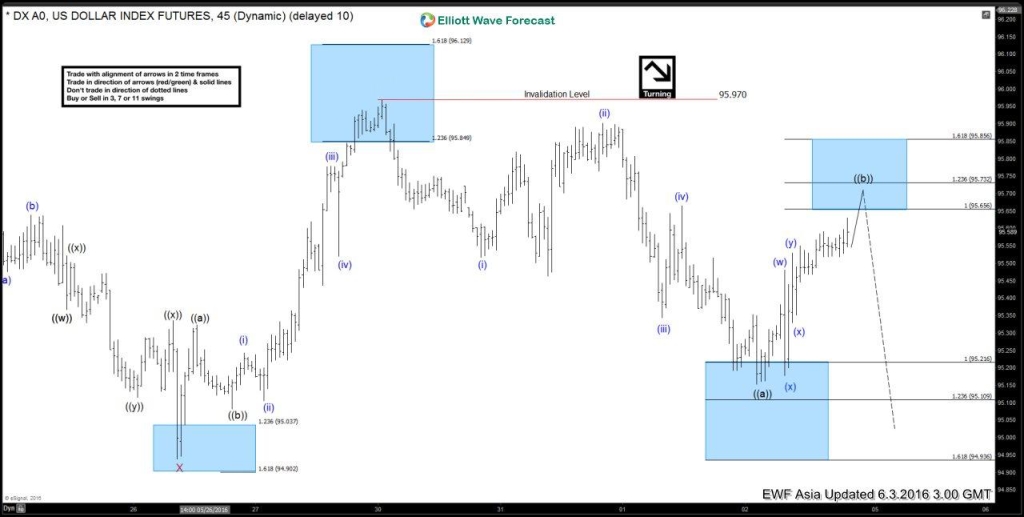 AUD – Stabilize and started to turn up

In the RBA meeting on Tuesday, the central bank decided to stay put with the interest rate. After the large downgrade in the inflation in the May statement, the market was expecting further rate cuts this year and some analysts even suggest 1 – 1.25% further cut. Even though the market doesn’t necessarily expect a rate cut today, it got caught off guard by the fact that the RBA does not sound too dovish in the monetary statement. Unlike previous monetary statements, there’s no clear easing bias and forward guidance in the monetary policy statement. This led market to believe that the current policy is consistent with sustainable growth and inflation returning to target.

Although further rate cuts is still possible later in the year,  the fact that the RBA is in the wait and see mode suggests the extent of further easing and the timing may not be as much and as fast as initially expected by the market.

Below is the $AUDCAD 4 hour chart presented to our clients on May 31st. We expected the pair to go higher as per our article above. 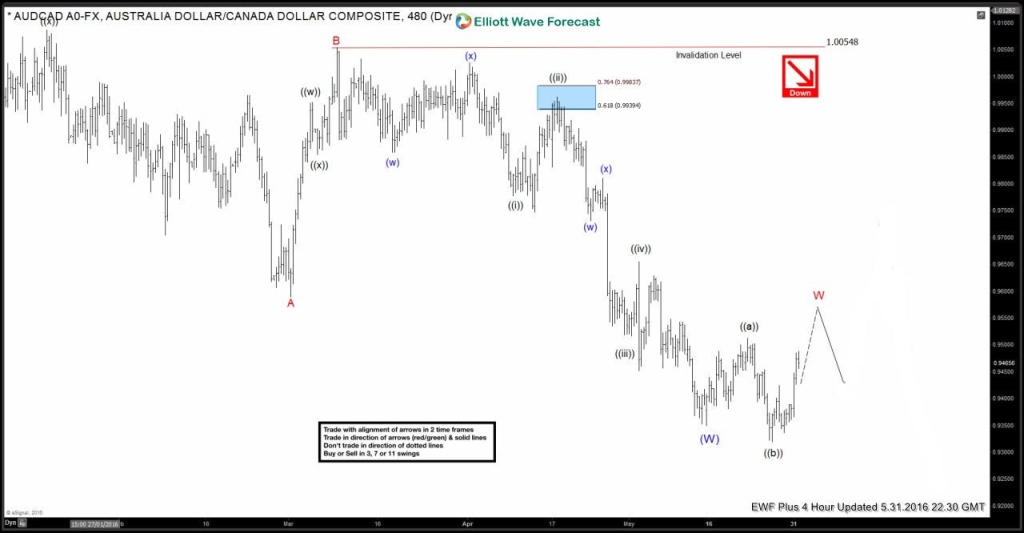 NZD – May pullback if RBNZ cuts the rate or sounds dovish

Property price has accelerated in New Zealand, rising by 12.4% in May. New macro prudential measures on the other hand may not be ready soon and still need time before it’s ready for implementation. With this background, RBNZ may hesitate to cut rate at the next monetary policy meeting this coming Wednesday, and choose to wait for some time later in the year. According to Bloomberg, interest rate futures is currently pricing in a 32% chance of a rate cut in June, after hitting 80% high back in May.

On the other hand, RBNZ in the past has continuously expressed concern with the low inflation expectation and also high New Zealand Dollar TWI. The bank is also one of the few central banks today that can still use conventional tool (i.e. rate cut) to ease the monetary policy. The rate decision this coming Wednesday therefore will be a close call.

If RBNZ decides to stay put, the central bank is likely to repeat the words “further policy easing maybe required to ensure that future average inflation settles near the middle of the target range” in its monetary policy statement. RBNZ may also use a stronger language to prevent further rapid appreciation in NZD or pre-announce a future cut. 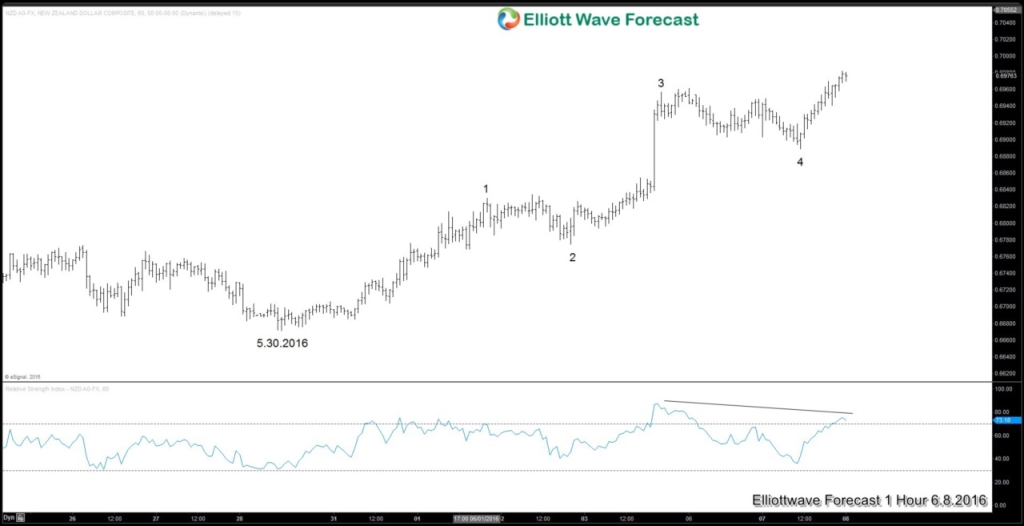 If you enjoy this article, feel free to read other technical articles at our Technical Blogs and also check Chart of The Day. For further information on how to find levels to trade $DXY, $AUDUSD, $AUDCAD, $NZDUSD or other forex, indices, and commodities using Elliottwave, take our FREE 14 Day Trial. We provide Elliott Wave chart in 4 different time frames, up to 4 times a day update in 1 hour chart, two live sessions by our expert analysts, 24 hour chat room moderated by our expert analysts, market overview, and much more! With our expert team at your side to provide you with all the timely and accurate analysis, you will never be left in the dark and you can concentrate more on the actual trading and making profits.