Diagonals are part of the motive waves family alongside Impulse Waves. The difference with them is that they have slightly different characteristics and some rules do not apply. Rules such as 4 wave not going into wave 1’s territory and this is a must in order to quality as a Diagonal.

Ending Diagonals show themselves in wave 5 and sometimes in wave C. This usually occurs after strong price action in the preceding wave’s within the same degree.

One of the best ways to spot an Ending Diagonal is that it would be unfolding in a wedge-shaped form with trendlines converging. To add confluence, you can also spot divergence in momentum indicators such as the RSI.

Here is an idealised diagram of a Contracting Ending Diagonal 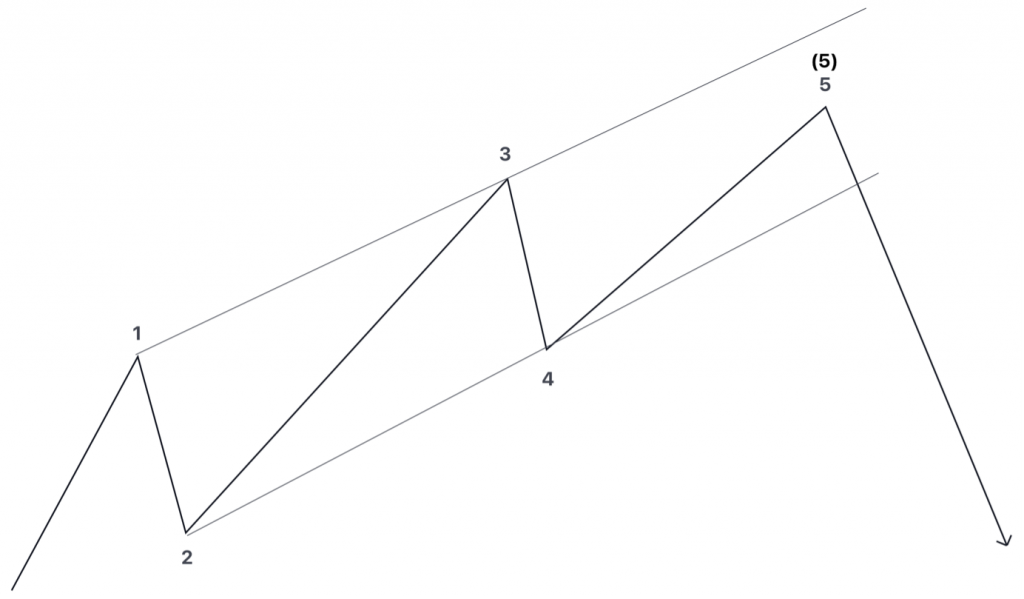 You can see from the above example that the price action consists if shallow highs and deep retracements.

These are very rare, but they are out there. Instead of price action contracting, you can spot Ending Diagonals that are expanding instead. They usually appear in either higher timeframes or very low timeframes. Extremely rare in most common timeframes such as Daily, H4 – H1. 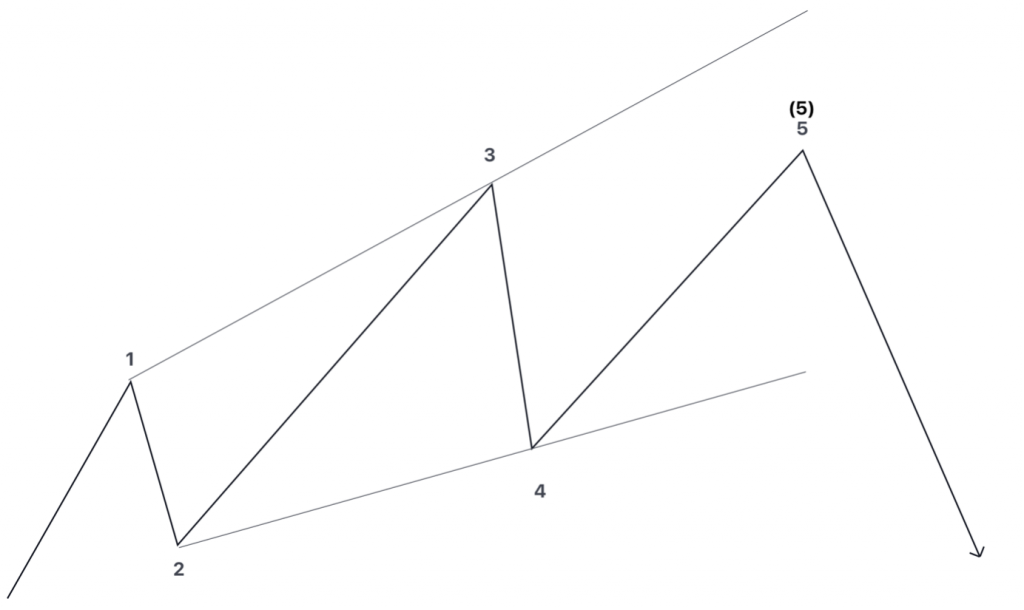 This happens when wave 3 is very strong and wave 4 retraces deep. You can notice that instead of the trendlines converging, they are now diverging. Other than that small detail – they are exactly the same as contracting diagonals.

My advice to traders and analysts for ending diagonals is that – there may also be an alternative pattern or labelling available prior to confirming that a specific wave is a Diagonal.

You can read into Ending Diagonals in further detail in our Elliott Wave Theory guide for free.

In the next part I will be covering Leading Diagonals.