In this technical blog we’re going to take a look at some Elliott wave charts of yellow metal (Gold) published in members area of the website.  Gold formed a high on October 4, 2022 (1729.46) and started declining. Decline took the form of an impulse, we will explain the internals of this impulsive decline, the bounce which we expected and current forecast. 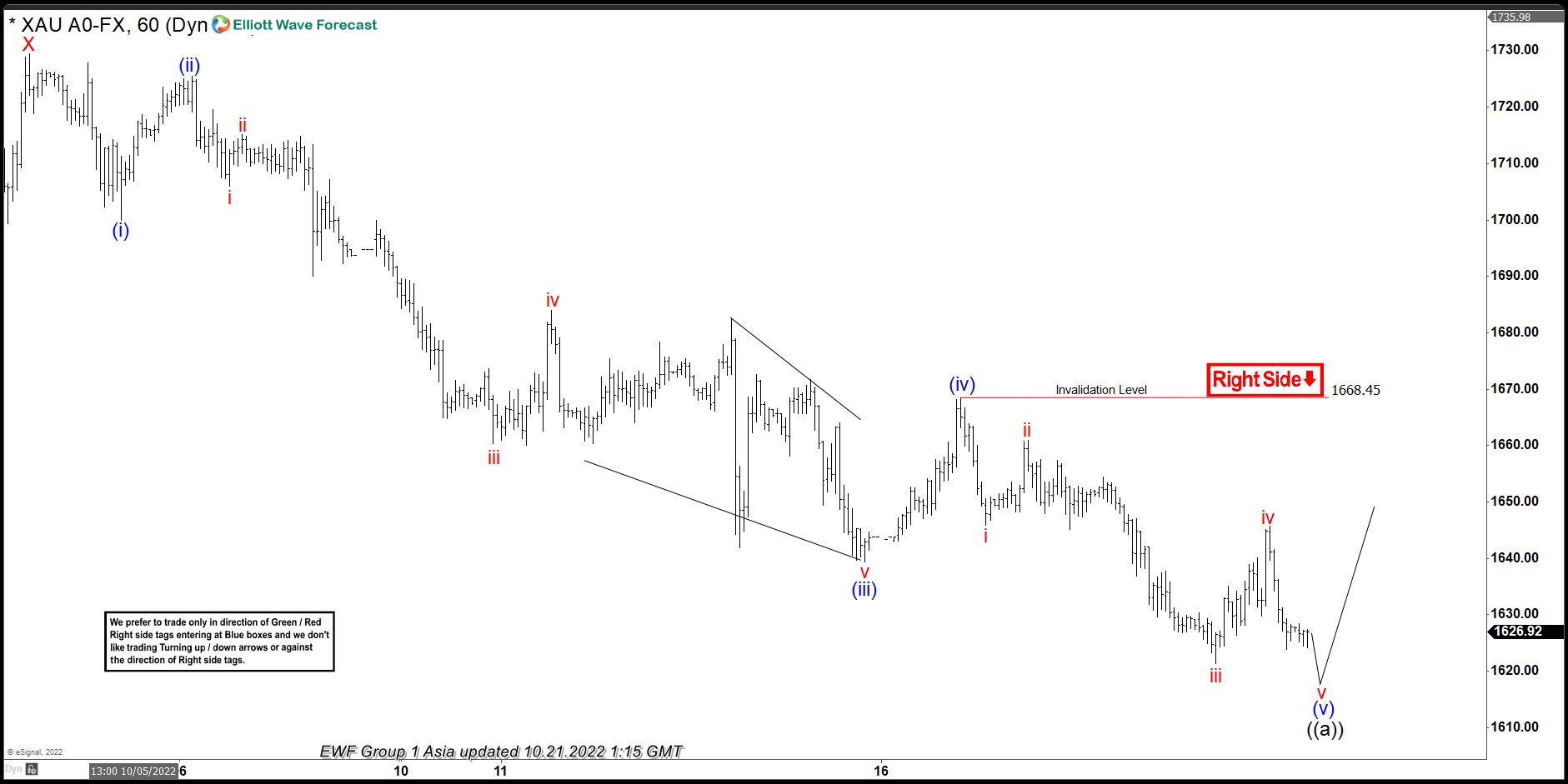 As per Elliott Wave Theory, after a 5 waves decline, there should be a recovery in minimum 3 waves. In the chart below, we can see Gold made a new low to complete wave (v) at $1616.80 on October 21, 2022 and bounced strongly. First leg of the bounce is close to ending, after which we expect a pull back and one more leg higher to complete three waves bounce before the decline resumes. 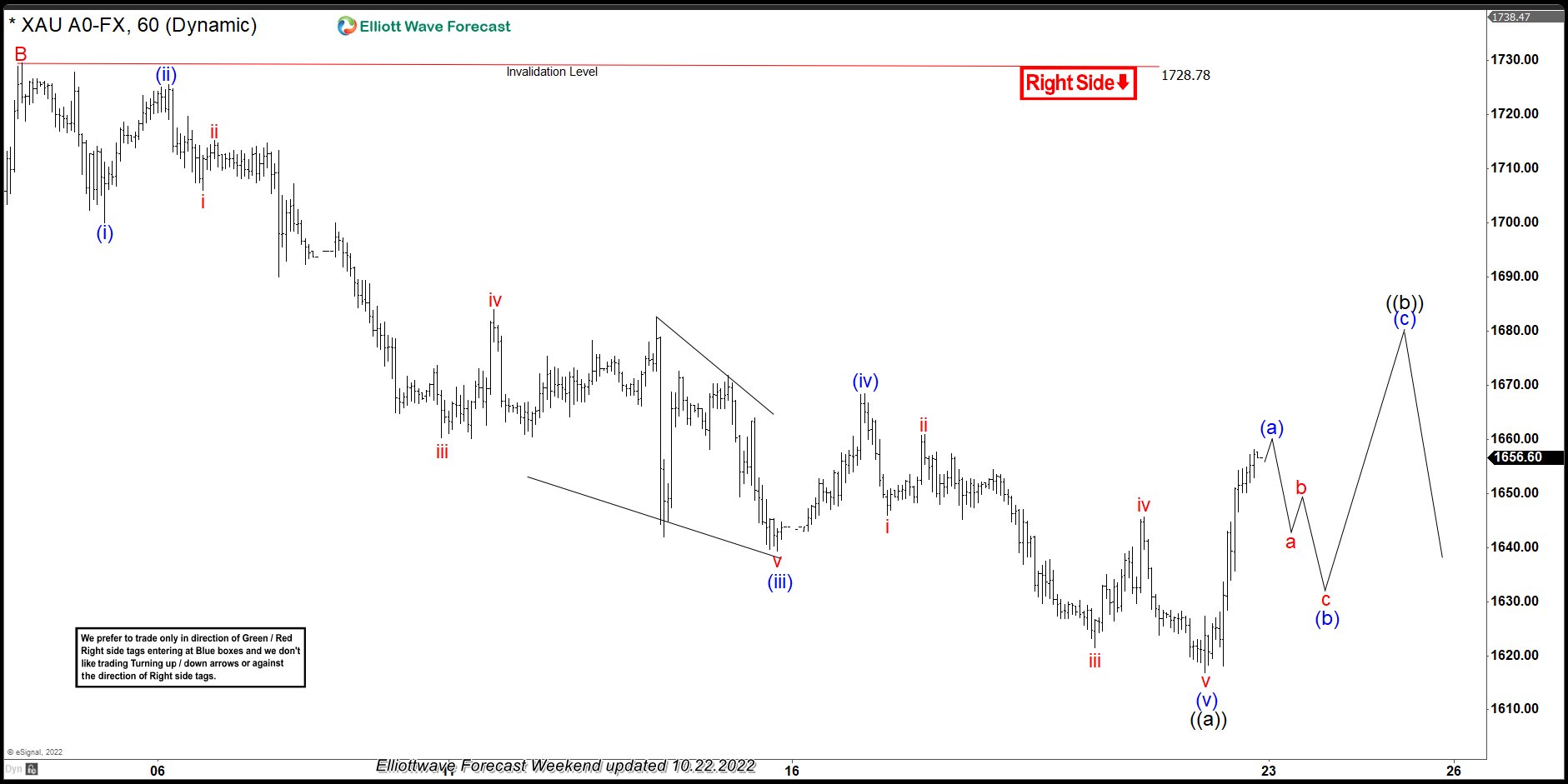