Swiss Franc strengthens on Tuesday, January 14 2020, after the US Treasury Department added Switzerland to its watch list for countries labelled as “currency manipulator” alongside other countries such as Germany, Ireland, Italy, Japan, Malaysia, Singapore, South Korea and Vietnam. This is not the first time Switzerland has been added to the watch list. In 2016, US added the country to the list after it abandoned its Euro peg. Two years later, in 2018, the US Treasury Department removed it from the list.

Swiss Franc has long been a safe haven for many investors when markets turn nervous. The Swiss economy has a large current account surplus that strengthens its currency. It has a very low debt-to-GDP ratio. In the past, Swiss National Bank (SNB) committed to capping strength in the currency through a combination of euro-buying market interventions and by holding benchmark interest rate at minus 0.75%. The inclusion in the watch list now likely will discourage SNB from intervening to try and limit Swiss Franc’s strength in the forex market. 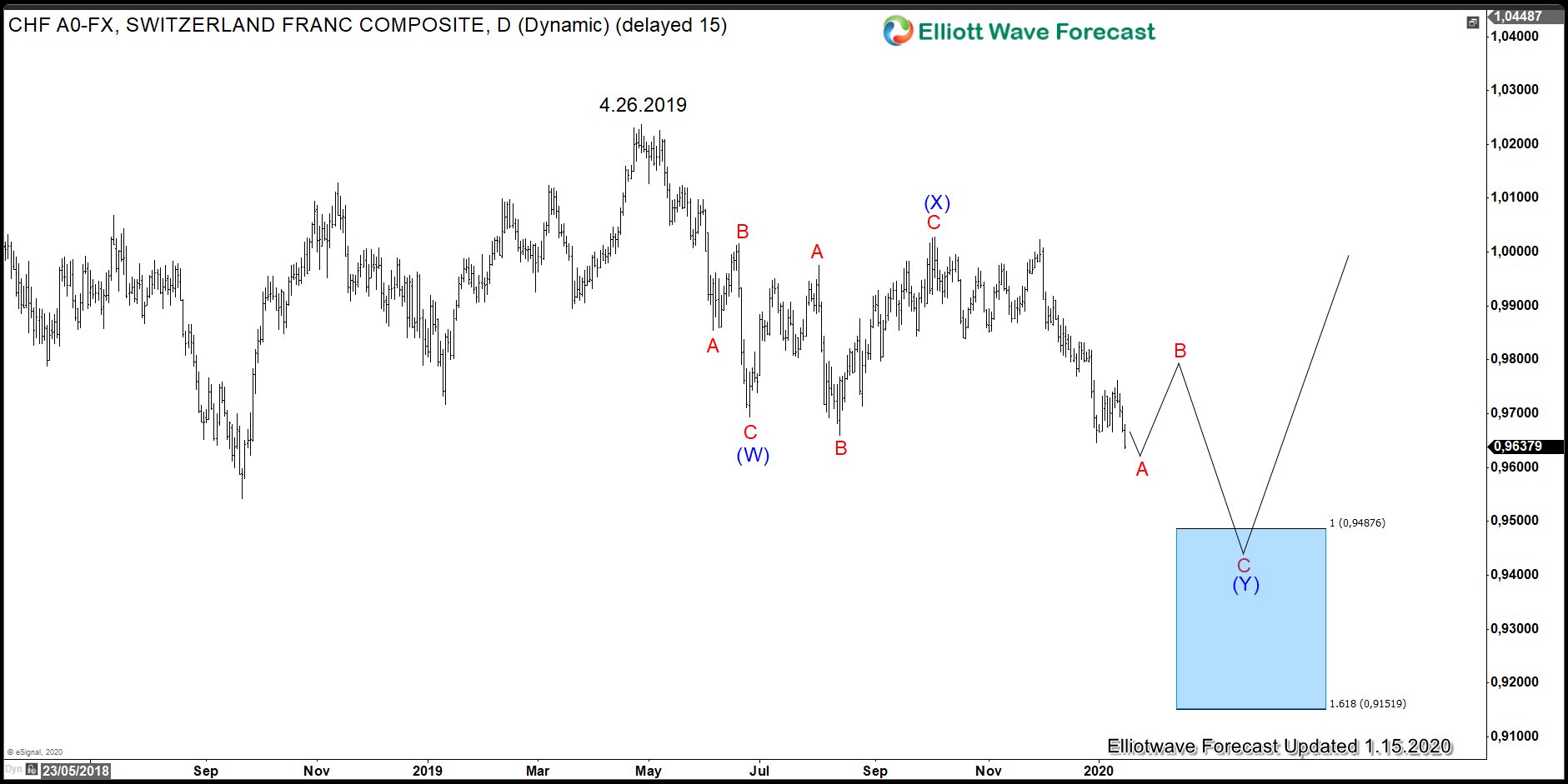 The Daily Chart of USDCHF above shows the pair has an incomplete bearish sequence from April 26, 2018 high favoring further downside. Wave A of (Y) remains in progress and could end soon. This should be followed by a bounce in wave B before resuming lower in wave C targeting the 100% – 161.8% extension between 0.9152-0.9488 area. 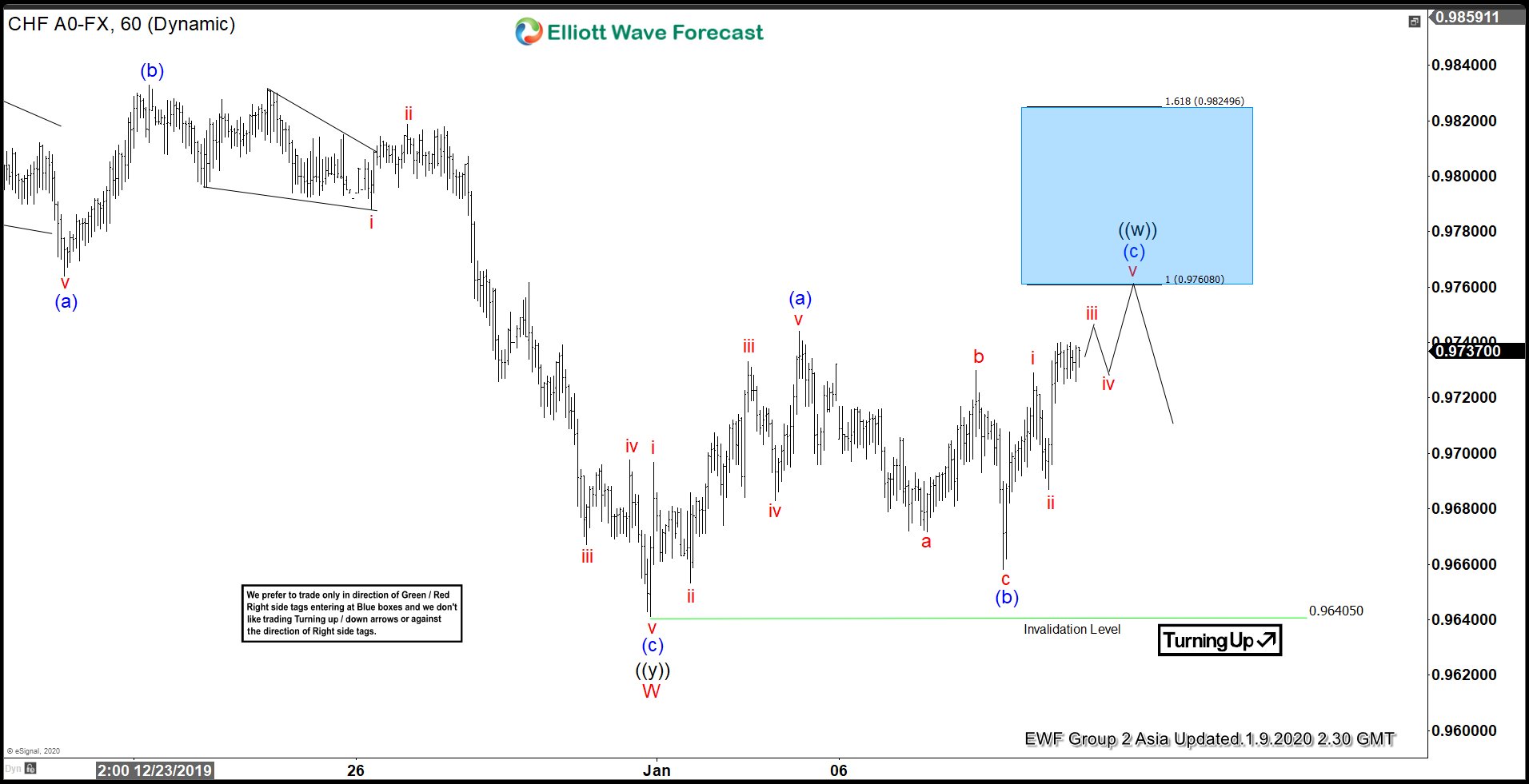 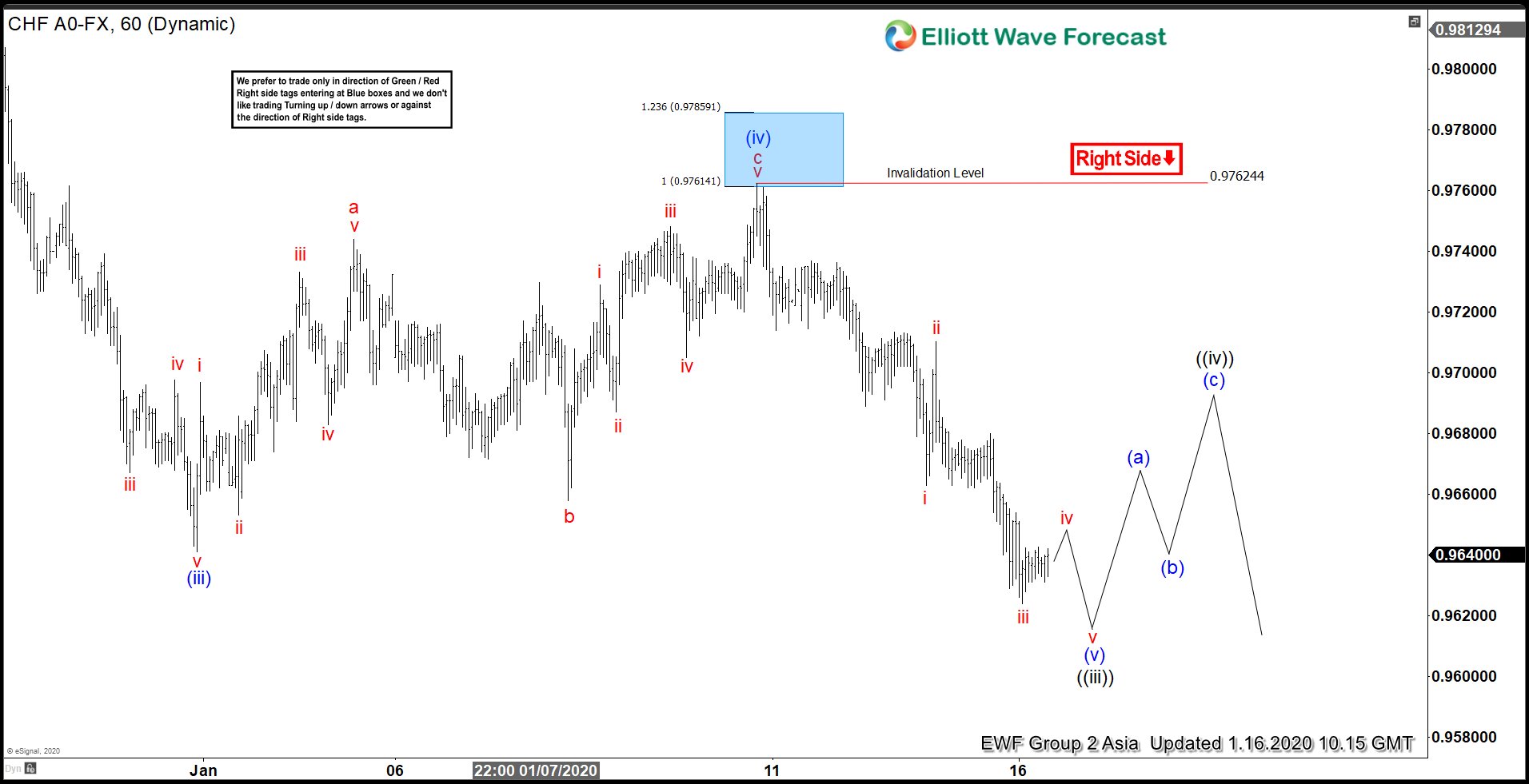 In subsequent update from 1.16.2020 above, the pair reached the blue box area, and it not only pullback in 3 waves but extends lower. We adjusted the count and now it ended wave c of (iv) at 0.9763 high.  From there, the pair has broken below wave (iii) low and resumed its decline. 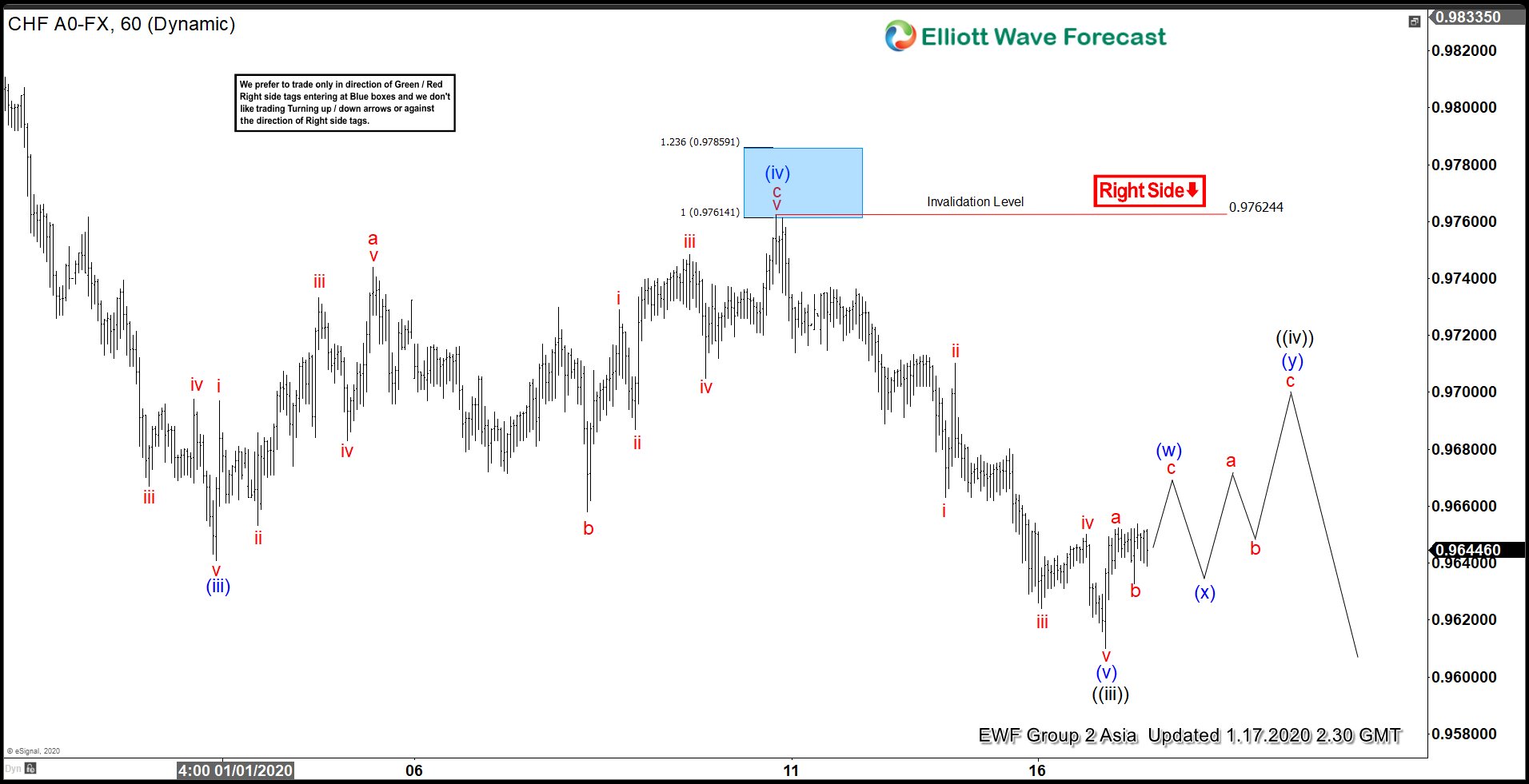 Please watch the video clip of the short USDCHF trade recommendation in the Live Trading Room from January 9, 2020.

We cover 78 instruments in 4 different time frames. Please check out our services Free for 14 days to see and learn how to trade blue boxes using the 3,7, or 11 swing sequence. We are also running our January Promotion with 50% off on platinum plan.