Nvidia is one of those instrument across the market which has ended the Grand super cycle since the all-time low. The advance since the all-time low appears impulse or five waves advance which ended on 10.01.2018. As the Elliott Wave Theory explains, after five waves, there will be three waves pullback.  The Instrument turned lower and did seven swings lower until  12.24.2018, as we show in the following chart. 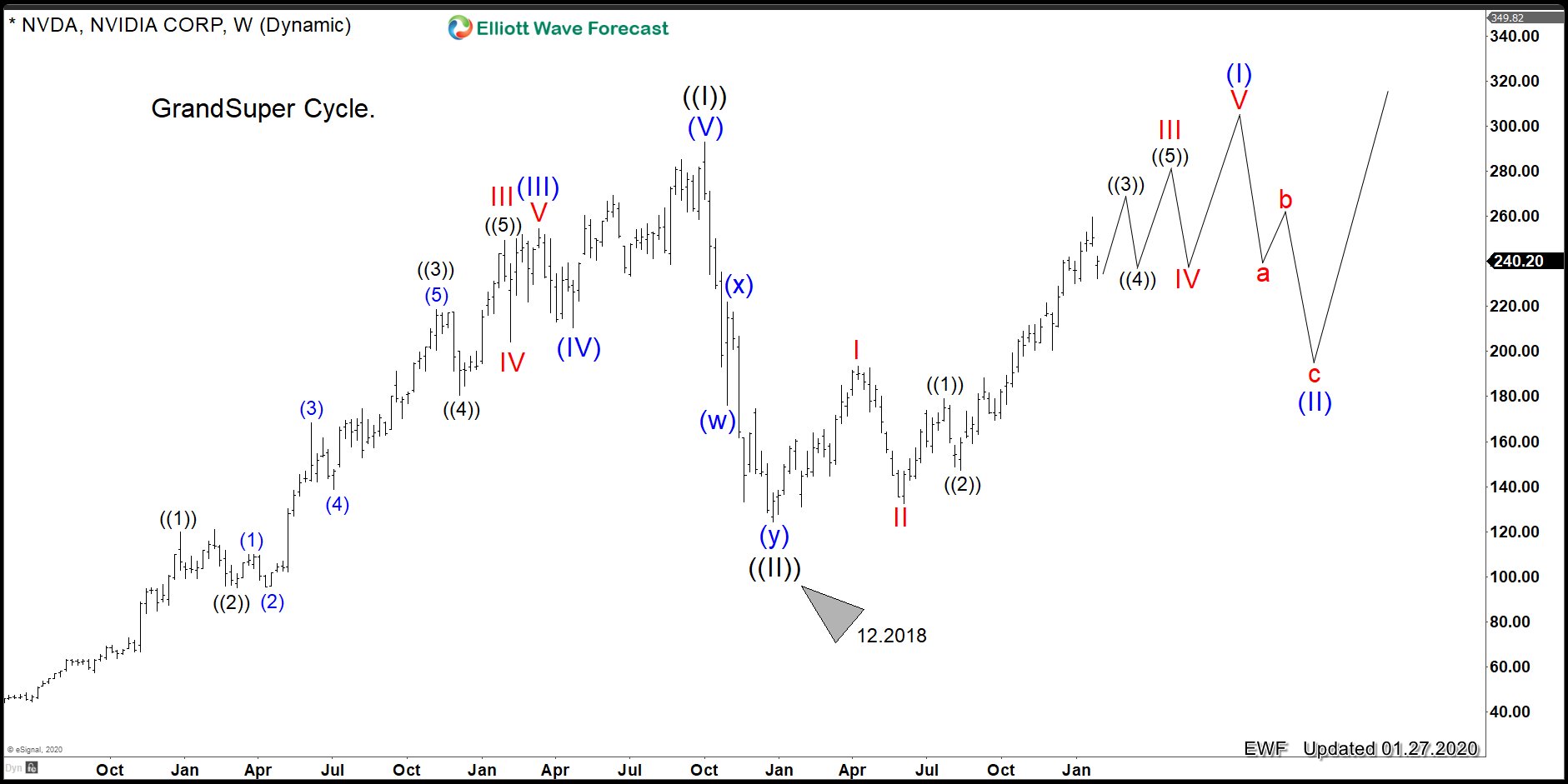 Now the moment of truth will happen within the next few months when most of the World Indices will end the cycle from 2009, as we show in the following chart of the $SPY: 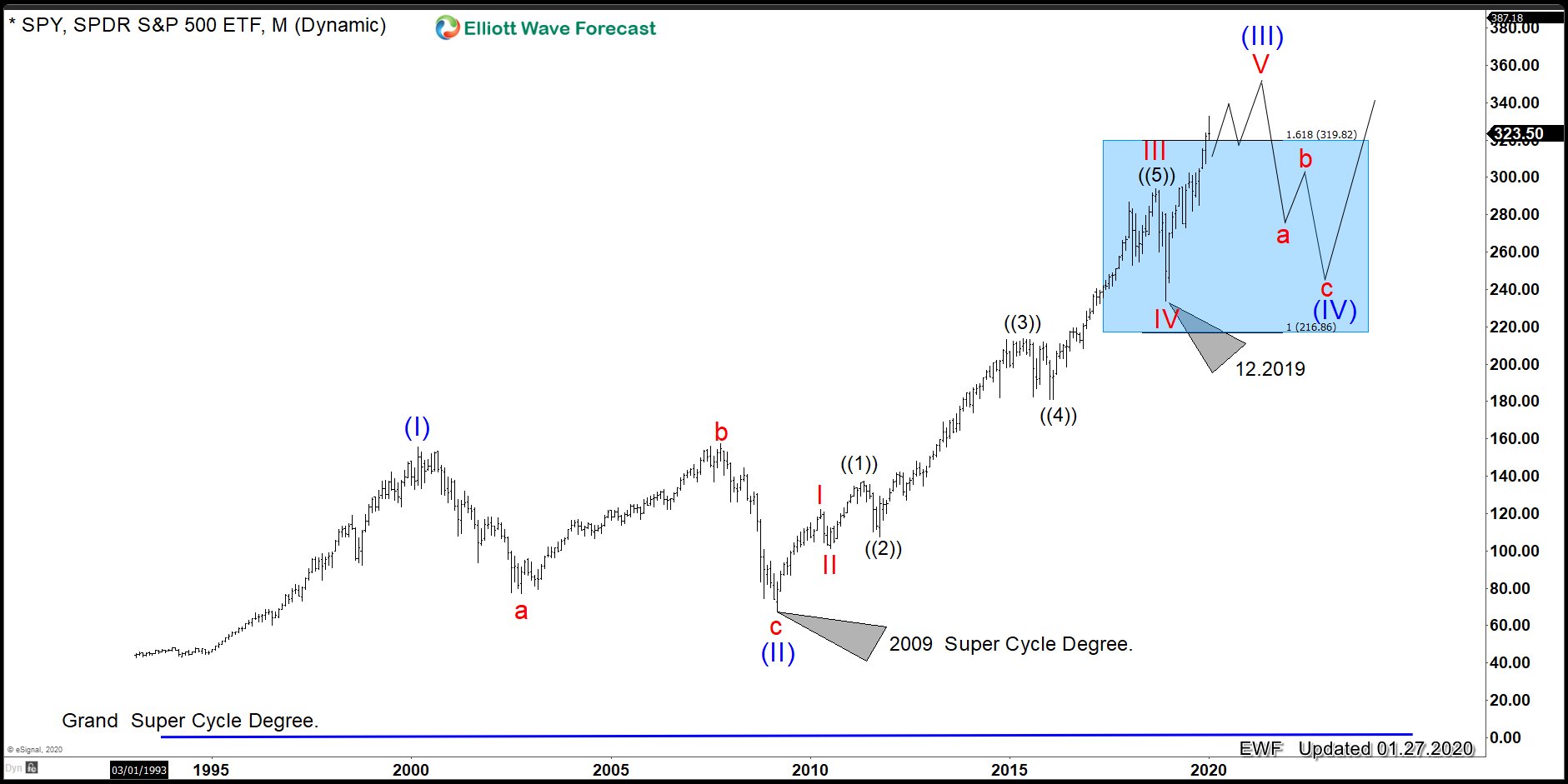 A wave (IV) should happen in 2020, which without a question will affect the path or strength of Nvidia. However, there will be more upside after wave (IV) ends due to a couple of reasons. First of all, $SPY shows 161.8% Fibonacci extension from all-time lows above the 319.00 area, which supports the Impulsive structure. Secondly, Index like $XJO-ASX (Benchmark for Australian equity performance.) shows a bullish sequence within the Grand Super Cycle, as shown in the following chart: 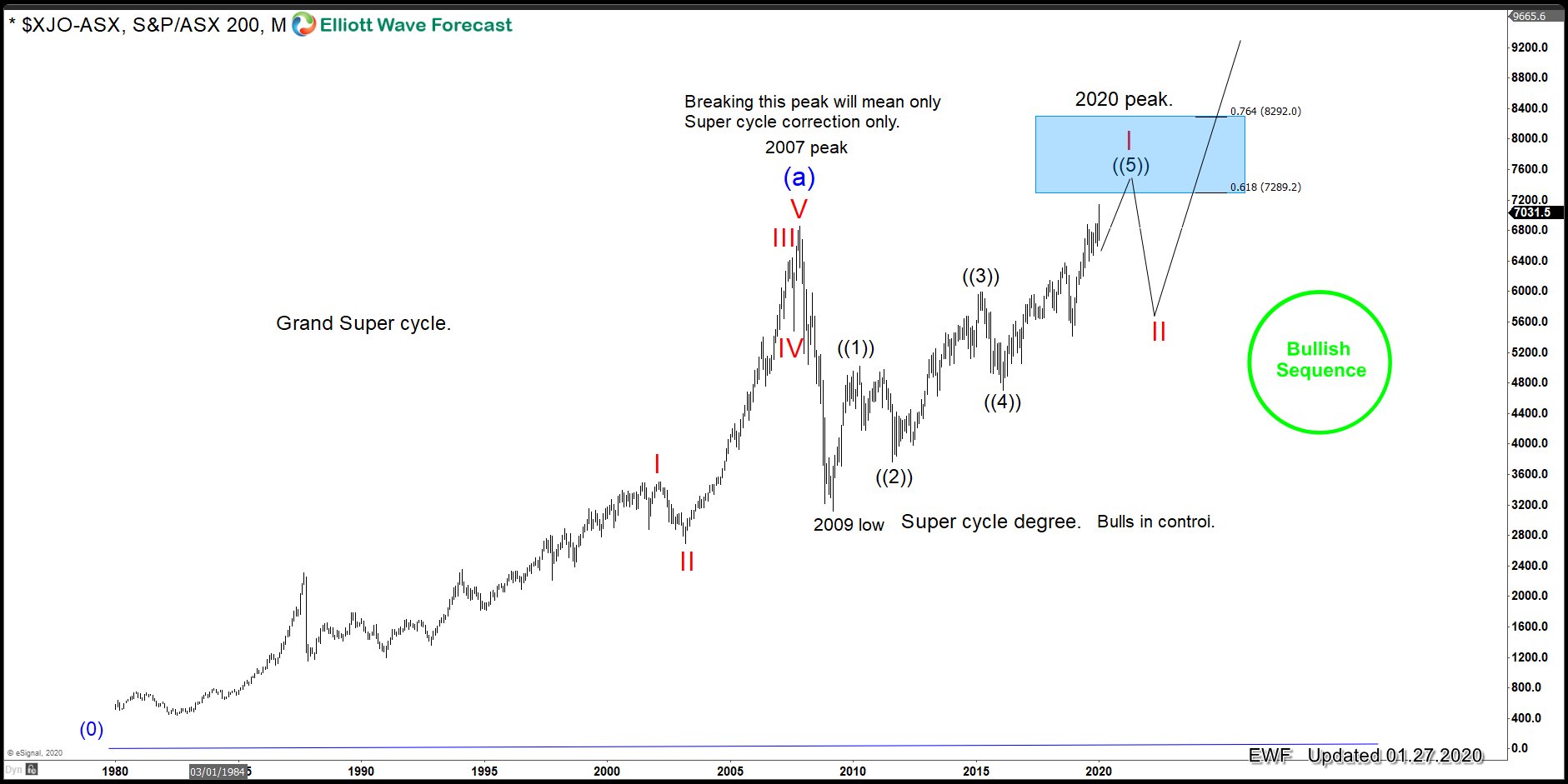 The idea is that the Indices will remain supported. As of right now, we do not know how much and how long wave V in $SPY will extend. This is one of the main reasons we take the more aggressive view and call the wave ((II)) pullback in Nvidia completed after only seven swings decline. We know that even if Nvidia does not need to make five waves from 12.2018 low, Indices like $SPY, $SPX among others need to, so we believe Nvidia will follow and break 2018, creating a nest and huge opportunity.

The following video explains the idea.