In this article, we will look at the Elliott Wave technical path for Intel (ticker: INTC). Most world indices is still trading within the 2009 cycle and should see more upside until the cycle ends. The 2009 cycle is ending because index like $SPY shows a clear five waves advance since 2009. This is a warning that a big three waves pullback can soon happen. We at EWF always believe in the idea that the market works as a whole. When we forecast the market, we always take into consideration the cycle, sequence, and correlation. The following chart shows the $SPY: 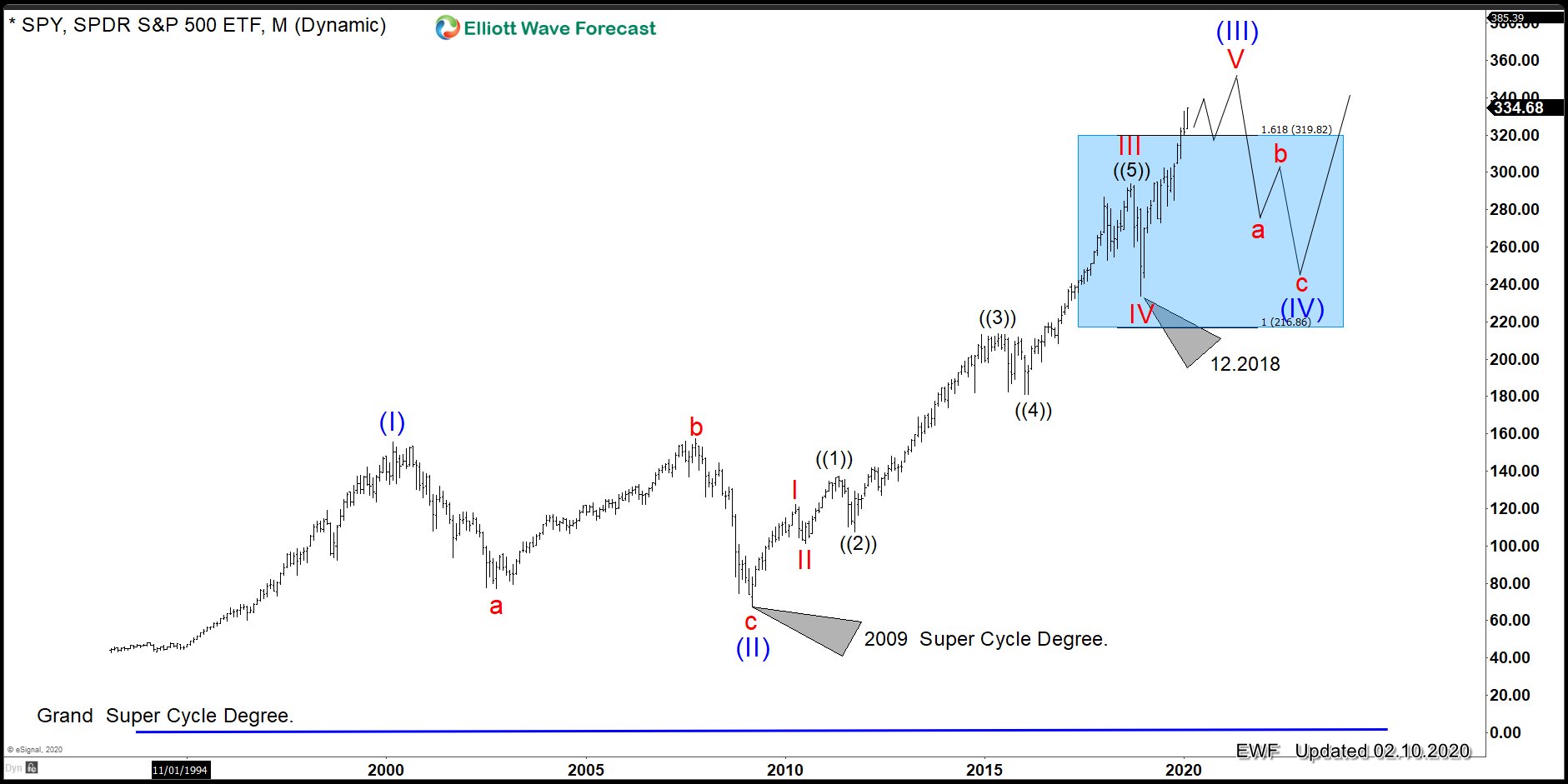 The chart above shows the five waves advance since 2009 low and soon to pullback in 3 waves. We believe instrument like $XJO-ASX (Australian Index) and $FTSE (UK Index) both show bullish sequence within the Grand Super Cycle. Consequently, world indices will not see a huge decline like 2008, but it will still keep trending higher, after the three waves pullback.

Today, we will be taking a look at $INTC(Intel), which is showing a nice advance since all-time low but it still has not broken above 2000 peak. As we mentioned above, we do look at the market as a whole. Consequently, we believe that Intel will keep trading higher because of a variety of reasons. 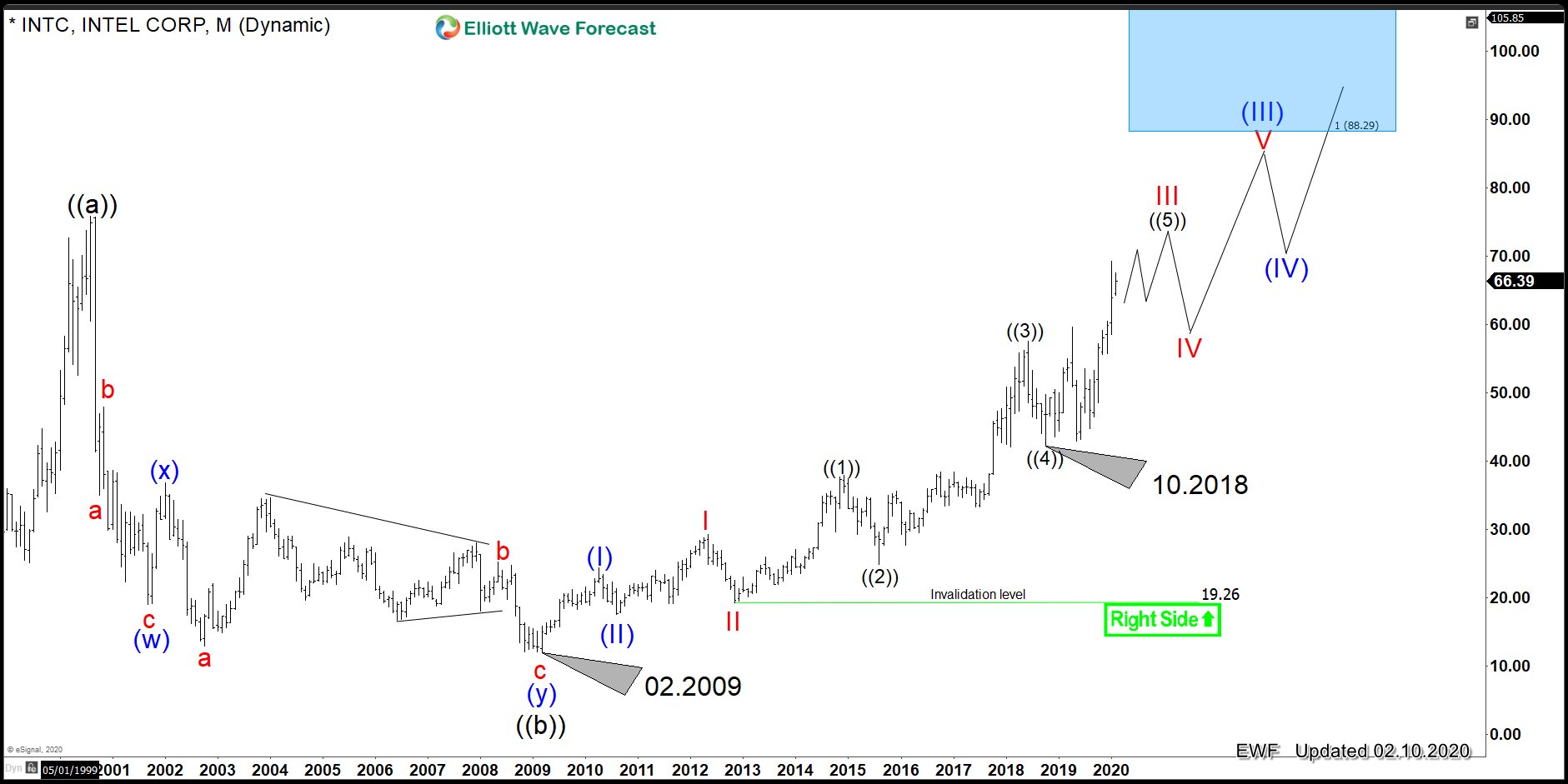 Intel monthly chart above shows a Grand Super Cycle advance from 02.2009 low. This relates very well to World Indices. When world indices end wave (III) and start the pullback, Intell will also pullback. We believe the red wave III red will end at the same time. 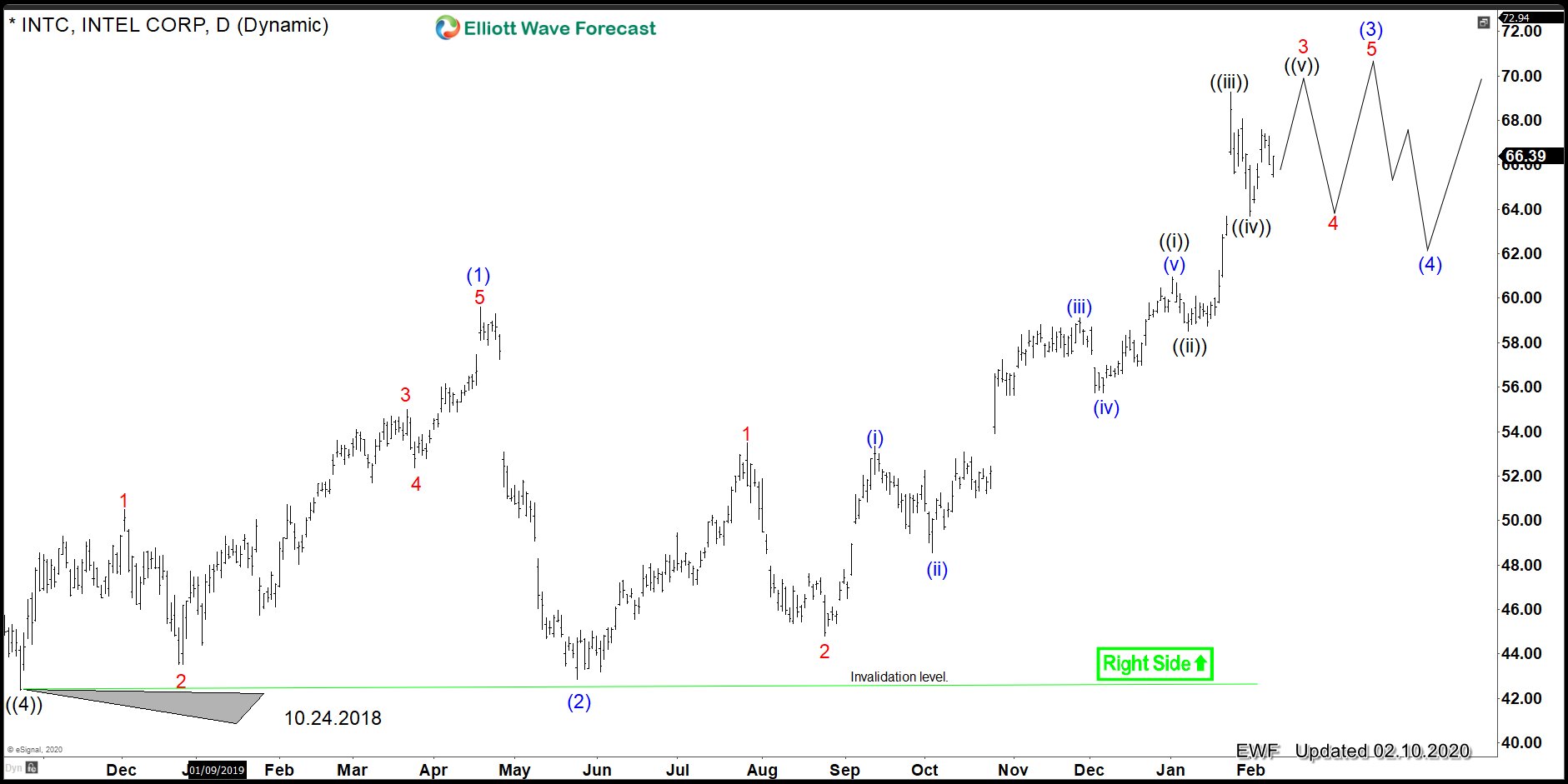 Intel Daily Chart above shows that the rally from 10.2018 low still remains three waves. Thus, it should still do another leg higher to end the cycle. Overall, the stock should remain supported. It will provide a very nice opportunity to buyers looking for the $88.00 Grand Super Cycle Target, which is represented at the monthly chart with the Blue Box. It’s a nice long opportunity for years to come, but a warning is coming soon for a big three waves pullback. Keep buying until the target is reached.