Google is still within a powerful wave ((III) and in the process of ending a super cycle degree in the next few years. We believe the cycle which started at 2009 low will end sometimes between 2020-2022. By that time, Google would have reached the minimum target of $1250. It can extend even higher, and we do not see any reason yet to sell.

In contrary, the stock provided us a nice long opportunity earlier this year. We believe the stock will make a new all time high, which consequently makes it a buy in 3-7-11 waves back. The following chart provides an illustration of our view and the video also explains The One Market Concept and how Google should still trade higher within wave ((III)). 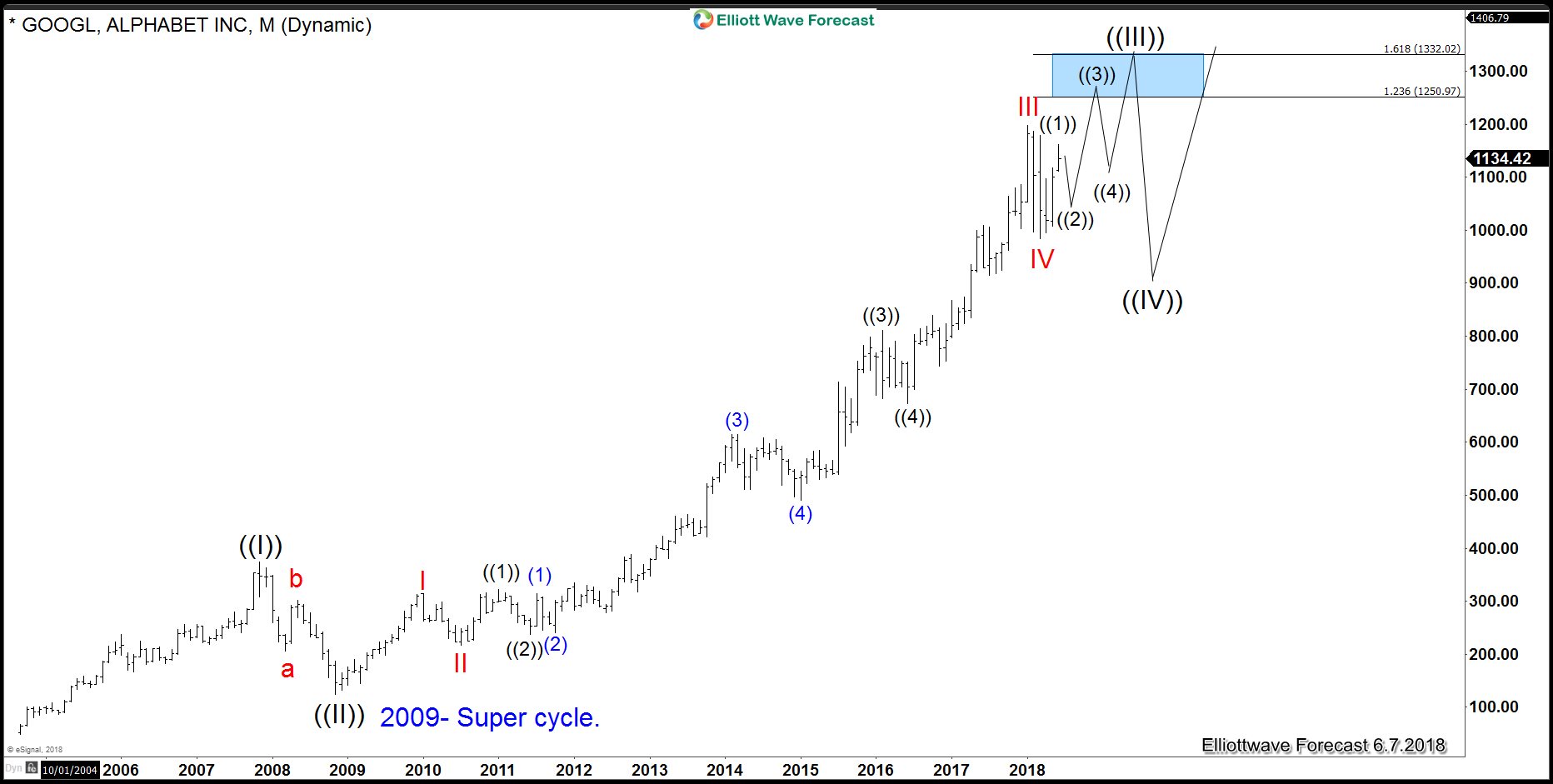